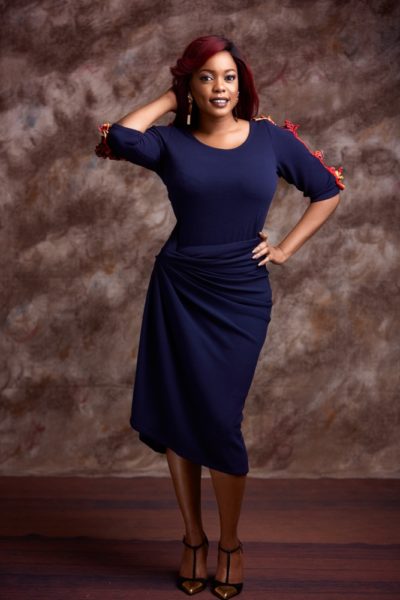 A Ghanaian actress Moesha Boduong went viral on social media a few weeks ago for an interview with CNN’s Chief international correspondent, Christiane Amanpour. In that interview, Moesha stated that the economy was bad and girls need men to take care of their financial obligations. According to her she had just started working and couldn’t be expected to afford rent and other lifestyle needs.

The moral outrage on social media did not impress me because; the reality is that a lot of male-female relationships in this part of the world are transactional. But I was intrigued by the fact that she didn’t think ‘as a woman’ she could ever make enough money to afford her lifestyle. This is not a woman selling guguru’ on the streets; she is an actress who has achieved reasonable success. However, from the sound of things, it hadn’t translated to financial success.

Without discounting the element of greed and wanting to do things that our incomes cannot support, I began to consider another important factor that could have led to this thinking. Have we subconsciously socialized women to think that men are naturally set up to make more than women and there’s a ceiling to what African women are capable of earning?

Many African women believe that their earning potential is capped and can never earn as much as men.

Let me explain, African women are way past the days of being relegated to only household chores and child bearing; women have become an important part of the workforce. However, a good number of women join the workforce and start a business with the mindset of ‘something to do until I find a husband or something to do so I’m not bored while my husband is at work’.

It could be argued that because of this thinking, even though women are starting more businesses and building stronger brands, they still hardly ever turn a profit but their businesses stay in business, because of the cash injections from the men in their lives.

I also considered the impact this limited thinking has on a statistic that, 51% of entrepreneurs in Africa are women. This is an exciting statistic but begs the question do these women led businesses contribute 51% to gdp per capita and do their profits have a significant impact on the bottom line of the African economy?

African women have thrived and created whole industries in beauty, fashion and event planning to name a few. Businesses like House of Tara have created thousands of jobs, but if we are honest, they are the exception not the rule. The reality is that most women led ventures are subsistence style businesses that never really scale to make a real impact.

If we keep socializing women to think they are not built to earn as much as men, does this become a self fulfilling prophecy that has a negative impact on our economy?

Does the negative narrative of what it means to be a feminist in Africa have an impact on our economy?

In Africa, the word feminist has a negative connotation. Most of the time when anyone calls you a feminist, it is safe to assume it is not a compliment. It is spat out, usually like an obscenity.

For clarity, a feminist is anyone who believes in equal access to opportunity for both men and women. In other words, if I go school and Femi sef go school, if we get the same grades, we should both have access to the same jobs and business opportunities.

Unfortunately, for many African men, a feminist is a woman that is dominant, a troublemaker, a threat to their masculinity and a symbol of economic castration. While for many African women, especially the ones from generations past, who have been entrusted with women empowerment, the feminist narrative is something that needs to be swathed away because it will ‘shake a table’ they’ve been on top of for years.

Instead of helping to change the negative narrative of feminism in Africa and helping to educate people on its true meaning, these women dismiss the notion of feminism, so it doesn’t make them seem like man hating troublemakers – encouraging women to leave their husbands. In their thwarting they have agreed with society that feminism is indeed a threat to our cultural fabric.

When our society views women who dare to ask for equal opportunity as threats, it poses a problem. When we create societal constructs that block women who are willing to negotiate for higher salaries and view them as combative, especially when they are paid less than their male counterparts with the same job title, it poses a problem. When female entrepreneurs are scared to charge market value for their goods and services because of the way they’ve been socialized to think about money, cumulatively these factors may have a negative impact on our economy.

The rules for financial success are different for men and women.

We cannot discuss African feminism without looking at the role of financial independence for women.

I wrote a book titled ‘The Smart Money Woman – an African girl’s journey to Financial Freedom’ and one of the biggest misconceptions by African men was that by advocating for financial independence for women, I was somehow telling women to make their own money so that they could do away with the men in their lives. Le sigh!

When a woman attempts financial success, society tells her to slow her roll because if she gets too successful, she won’t get married. Make money, but not so much that you overshadow your man; don’t buy property, rent so you don’t intimidate your future husband! Buy a car but not one that’s so ‘big’ that it scares off potential suitors.

In Africa, women who declare themselves feminists and actively strive for financial independence are often asked to lower their standards and expectations. Declarations like ‘I want a man who is ambitious, powerful and financially successful’ are usually met with statements like, ‘You are too proud’! You want to eat your cake and have it! Expectations to want to be looked after by a man are viewed as greed. ‘Shebi’ it is you that wanted to be independent! Lower your standards.

Many successful men complain about the financial dependence of women in general, but seem to punish women who are financially independent. Instead of looking for the Beyoncé to their Jay-z they look for the Melania to their Trump, because they see a woman’s financial independence as a threat to their masculinity. Having her own money automatically means she wants to be a man and translates to being a woman who is incapable of submission. (Aunty! Please don’t come and cause trouble in my house o!).

How does it affect the economy, when instead of encouraging men to be more ambitious, we are encouraging women to dim their light and not strive to get to the top lest they lose the ultimate prize marriage?

Let’s change the narrative! A woman becoming financially independent doesn’t equate to ‘I don’t need a man’. It just means she brings more to the table. Instead of being a financial burden, she becomes a value addition. Her success does not take away from his success. The pie they share just becomes bigger.

Love without Boundaries with Bukola Ayinde: Tips For Creating a Truly Inclusive School