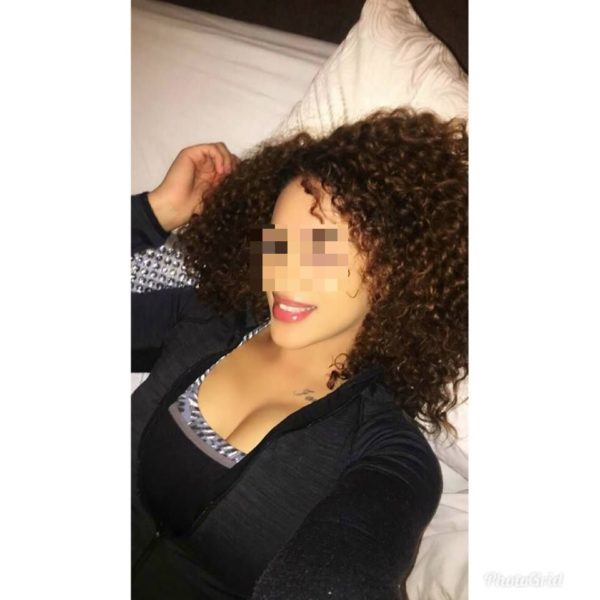 British-Nigerian Tinder user, Cherelle Eweka has reportedly been on a mission to badger a Paul Airey into loving her over the popular dating app.

According to Daily Echo, their relationship lasted for 2 and a half weeks and since after the split, 26-year-old Cherelle has been obsessed with sending nude photos of herself to Paul, sending him (his family, friends and ex-girlfriends) threatening messages on social media platforms such as Instagram, Facebook and Snapchat with various fake profile accounts.

The incident has also affected Paul’s businesses and prosecutor Natalie Angel told Southampton Magistrates’ Court that Cherelle sent a message which said: “I will try to kill myself,” describing herself as “hurting” and being in “pain” along with a photo of herself with a belt around her neck.

Cherelle, who works across as a healthcare assistant, met Paul in December last year but he apparently ended the relationship because she became too controlling and stopped him from having female friends or saving their numbers on his phone.

In a statement to the court, Paul said;

“This has caused me stress and anxiety. I have difficulty breathing and sleeping…it’s been difficult on my family and friends who have been contacted by her.”

However, Eve Shelley, mitigating, said Cherelle was in a “vulnerable” position and “couldn’t understand why the relationship had suddenly ended” after a few weeks.

“She tried to contact him and see why the relationship finished. They had spent 24-hours-a-day, seven-days-a-week with each other and it just stopped. Although she has not been diagnosed with any mental health condition, at the time her mental health was in a bad place.”

Cherelle pleaded guilty to harassment and as a result, she lost her job, received a 2-year restraining order from Paul, was given a 12-month conditional discharge and ordered to pay £85 costs and £20 victim surcharge.

Newborn pulled out of Grave Alive 8 Hours after being Buried