Chidinma Eke: Being Single Doesn't Mean My Finances are Your Concern! 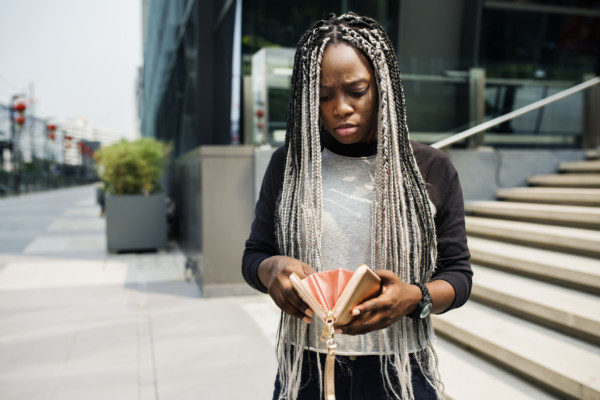 One day, I needed to process a benefit for a colleague. The company, recognizing the difficult economic terrain, had amended the rules to indicate that an employee could either get that particular benefit as an immediate cash or a deferred benefit.

I reached out to my colleague, asked what his preference was, and he gave the response 99% of Nigerians (myself included) would give in the same circumstance – he preferred cash.

Because we had a friendly relationship, I teased him, asked why he wasn’t deferring since it wasn’t a lot of money. He insisted that it be paid out immediately. Then he went on to list pressing needs the money could sort, ending with: Shey you don’t have responsibilities yet, and you have a sponsor!

This question/assumption, along with, When are you getting married, is one of the most frequently asked questions I get. In the workplace, at social events, among friends; it’s like everyone not-single keeps asking this question. The ones not asking are thinking it and will ask it one day.

I find it exhausting. Every time it comes up I get tired. Why? Because every time I get asked, I scream a mental, Not you too! Or, Another one bites the foolishness dust! And then I sigh. Deeply.

I find it sad and irritating that someone would believe that any sane person, in this Lagos (regardless of marital status), would choose to put his or herself through the torture of waking up at an ungodly hour every day, every blessed work day, and navigate Lagos traffic, endure  annoying bosses and colleagues, just because of fulfilment or to keep busy. Doesn’t make a lick of sense. It calls into question your sense of judgement if you hold that opinion.

Maybe if I worked in another city I could better understand the logic behind that question and belief, but because we (my interrogators and I) work in Lagos, I cannot understand it. No matter how much I try. The logic is: because you are single you don’t have any responsibility, abi? Single working-class folks are just piling up the money, no responsibilities. Yeah right!

It’s even worse when you are female. Guys are given a somewhat free pass because it’s believed they probably have a girlfriend(s) whose bills they pay.

The belief that men foot their lady’s bill is just bullshit. Where are the men who supposedly foot all of their woman’s bills or even like 50% of the bills? [And I’m not referring to transactional relationships.] I haven’t met them and no one around me has. But that’s a rant for another day.

There are also the ones who will come to borrow money from you and get upset when you decline. That one is just plain ol’ bad behaviour. But then, you’re single; what do you do with your money? Why don’t you have money when I need to borrow it?

Let’s take a step back before I totally go off.

While I agree married folks have more responsibilities because the family is bigger (current nuclear and previous nuclear family), do we stop to think, just for a moment, that perhaps the reason the single person is still single is that current responsibilities will not allow for added responsibilities? Possible? That’s a thought, though.

So, you ask the married person for his/her responsibilities and always without fail they mention their parents and/or siblings in addition to their spouse and children. The question now is: did you only start to care for your parents and siblings after you got married? If no, then perhaps you shouldn’t be asking the single person what he/she does with his/her money. Shouldn’t the answer to that be very easily derived?

A thought does occur to me, though. Maybe I shouldn’t be looking at this lapse in memory as a single event but should look at it from the perspective that we Nigerians have very short memories and can believe the most outrageous things. All it takes for something to become authentic is for us to hear it repeated often or by someone we believe knows better (an influencer off and online).

Even when someone is trying to re-jig our memory and remind us of past events that negate our current beliefs, or to logically point out another perspective, we adamantly refuse to reason because it is said or Lagbaja said so. Case in point: before and during the 2015 elections. It’s 2018 and some of us have still not regained our reasoning.

Or perhaps I should situate this question in terms of the fact that we are naturally nosy people who never mind our business. Maybe if I did, I wouldn’t find it sad or irritating. With us, if it isn’t this one thing, it’s another. we are always all up in other people’s businesses to the detriment of ours.

It’s a proven fact that Nigerians are very good at putting out fires in other people’s fields while our kitchen is on fire.

To avoid being on the giving or receiving end of offence, we should all learn to mind our business. Might be difficult, particularly for those of us for which it would be like learning a new skill in old age. But it must be done.

It isn’t your business what I do with my pay. The company that pays me doesn’t ask me what I do with the money they pay me. Because I’ve worked for the money. Same way you shouldn’t ask me why I am yet to marry or have a child, or get a masters degree, or go bungee jumping, or get a plastic surgery.

Mind your business! It isn’t that difficult. Abi? How difficult can it be to mind your own business?

Otolorin Olabode: Isn’t it Time We Called Wizkid a Legend?