Otolorin Olabode: Isn't it Time We Called Wizkid a Legend? 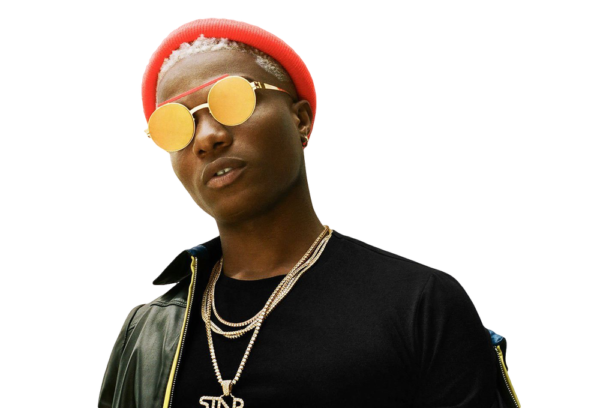 It is often a cause for debate among music lovers. Most music fans disagree on naming Wizkid a member of the Nigerian Music Industry Hall Of Fame. While many argue he’s too young to be called a legend, many have called him out, asking if he’s had any major impact on the industry.

Then, there are the Fela comparisons. They argue Fela brought change to the society and challenged the government. Sunny Ade made a lot of impact too, together with Shina Peters. They were revolutionary leaders of the Afro Juju wave we enjoyed in the 90s. These are classical examples of legends, and no way does Wizkid compare to them. That’s what people say.

Well, Wizkid might be 28, but if we were to argue about his impact on the industry, we have to consider we may not have had the Afrobeats takeover that occurred between 2016  and 2017.

It started in 2015, though. After “Ayo” dropped with “Ojuelegba,” a standout hit from the album, “Ojuelegba” began to receive interest from the international scene. Several foreign celebrities mainly in the US were seen vibing, dancing and lip syncing to “Ojuelegba.” Kylie Jenner, Alicia Keys and a lot of others were as one of the biggest fans of the Ojuelegba wave.

Then in 2015, Wizkid shocked us. The big break happened. An “Ojuelegba” remix dropped, surprising the internet. Twitter was all about Wizkid. Nigerians were astonished. This was Africa to the world. An American superstar jumping on our very own Wizkid’s “Ojuelegba.”

Wizkid got everyone talking and with that, we envisaged a foreign exploration of the Nigerian Music Industry. Prior to that, Ice Prince had been photographed with Hip Hop Legend, JAY-Z, and it definitely was no photoshop. If JAY-Z was interested in our music, then the whole world was. They wanted to listen to the sounds from the other side.

Our sound was going global, and this time, Wizkid was spearheading that movement with his “Ojuelegba” record. “Ojuelegba” would later open the door to an influx of features and collaborations with some of the World’s best acts. “One Dance” with Drake was the exceptional one we heard and even though Wizkid got a lot of flak for a “back up and whine rhyme,” that single line that was repeated got him Billboard Awards, iHeart awards and several international accolades. And who has forgotten the fact that Wizkid etched his name in The Guinness Book of Records in 2017.

Between 2016 and 2017, the innocent-faced kid cooed catchy hooks and plastered greatness on guest features. Throughout this period,  Starboy was busy blessing records with his distinct voice. Foreign tracks to be specific. Zara Larsson, Kranium, Chris Brown, Wale, Justine Skye and the Six God himself, Drake, all recorded hits with him.

Wizkid was hot in demand that Chris Brown had no choice than to take him on his One Hell Of A Nite Tour in 2016. All this continued in 2017 when he performed at some of the World Biggest Festivals. He was so extraordinary that he became the first African act to headline and also sell out the 5,000 seater Royal Albert Hall. Considering the expensive ticket price and the fact that he was the sole headliner, isn’t it insane it was sold out? This was on foreign land where the language of his music was different.

And have we even talked about his recent Afro Republik concert that was also sold out? A 20,000 seater arena that was sold out weeks before the show. These days, Wizkid is the poster boy for a new school of artistes fashioning their own sounds from the continent and embarking on a journey into genre obfuscation.

Wizkid’s legendary status might not be confirmed now, but there’s an assurance he’s in the same level with some of Nigeria’s music greats who churned out hits in the 90s. Wizkid is the new school kid, giving us most of the classics we’ve heard in the last decade.

His impact and influence in the industry is an immense one and we all should just ask ourselves, who has else done it at this relatively young age?