#LiterallyWhatsHot: Anieze is Not Too Different From Nigeria - A Review of 'The Gathering of The Tribes' by  Evans Ufeli 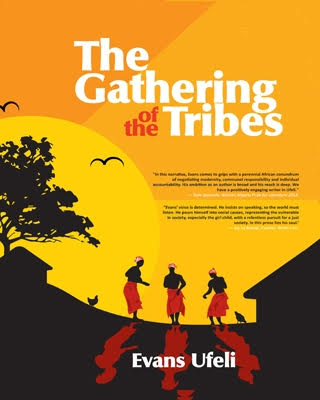 If you’ve ever read and loved ‘Things Fall Apart’ by Chinua Achebe, then you will most certainly love this attention-grabbing novel by Evans Ufeli, set in Anieze Community.

‘The Gathering of The Tribes’ paints a very vivid picture of what obtains today in Nigeria and the communities within it. It is so relatable, you find yourself, your family and even friends and neighbors represented in this book. Then you start hissing and murmuring stuff like, “That’s what our leaders do now. They think they’re dealing with fools.”

Although this story focuses on a small community, Anieze, and its inhabitants, it also speaks to the general public for the need to be informed about the activities of government, how public funds are spent and to demand why these funds aren’t used in bettering the lives of every Nigerian.

This book will give you a mixture of anger, sadness, hope, doubt and then a feeling of satisfaction and relief, that as long as there is life, our struggles for a better Nigeria and a better community, is not in vain. Things can really turn around for the best in this country of ours.

While ‘Things Fall Apart’ focuses on the rich culture of the Igbo people, how that culture was wiped away and how colonization and western practices came to be, ‘The Gathering of The Tribes’ focuses on our culture, religion, but most especially, the dirty politics that has taken over not just our communities, but our states and the country at large.

What I loved more about this book is that, despite the struggles, assault, near death and actual death experiences of some Tribes-men, those who survived were not deterred. They were even more determined to see a change in their land. They didn’t quiver in the face of death threats.

The story is centered around Ike Ibe’s family. Ike had studied in the UK and was also able to get his son to study there too before returning back to their community, Anieze.

Being one of the most enlightened men in the community, the elders chose Ike to be the leader of the community development committee. Funds are expected to be gotten from Expadol Limited, an American mining company, that is licensed to operate in Anieze by the leaders of the community

Unfortunately, even with about a billion dollars paid to the community within the 8 years of Expadol’s operation, there’s nothing in the community to show it. Ike isn’t getting fund, not even in small amounts, to carry out his developmental work.

The local government chairman and his political criminals never fail to tell the people, there is no money. They even go as far as telling lies about Expadol owning the community, and saying allocations from the federal government hasn’t gotten to the community.

Ike brings together some of his friends and also forges an alliance with a few others who know the truth and are willing to work hard to unseat the local government chairman and the thugs he appointed to run the office with him.

Their struggle is met with a lot of obstacles, hard decisions, a threat to life as well as actual assault.

Ike’s son, Nze, is also a solid force behind his dad. While his dad plotted with the elders, Nze knew that the power actually belonged the youths, as they made up more than half of the population in Anieze community. Nze worked hard to sensitize the youths about the lies and carelessness of the government, and how due to their greed, didn’t actually mean well for the masses. He let them know something can be done to unseat the government and pave the way for better governance.

The events of protest and campaigns didn’t leave those involved unscathed. They all went through one horrible experience after the other.

I would say this book is timely, in that it is an eye-opener to Nigerians in general about the need to ensure we push and clamor only for a government that is willing to set up structures that will improve the economy, as well as the life of its citizens.

I like that the book also explores romance in the traditional setting, the town’s rich cultural heritage, crowned with the fierce battle for supremacy. I love how the author brought in and introduced each character, making it easy for one to connect to their personal story.

The storyline isn’t too different from what we’re used to in Nigerian dramas, and the writing style is basic. But I will say Evans Ufeli’s novel was well thought out, and exposed without fear, what entails the Nigerian society.

You can get a copy of ‘The Gathering of The Tribes’ on OkadaBooks. Click here. 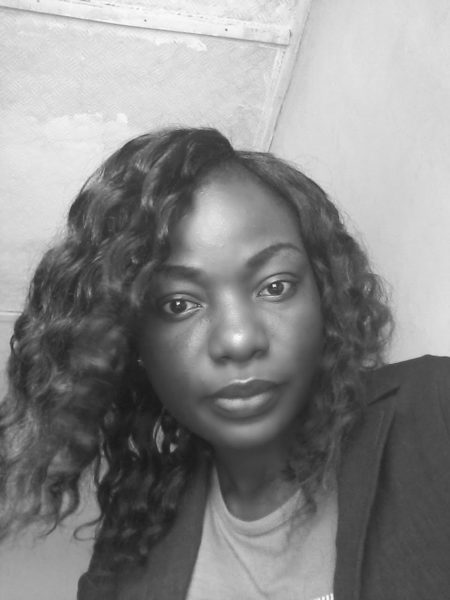 Karo Oforofuo is an experienced freelance writer, an author of several fiction books, and a blogger at Pelleura, where she entertains readers with mouth-watering stories, real-life experiences, relationships and business articles. She also specializes in helping authors, who want to start and grow their reader base, through consulting sessions. When she’s not working, she’s busy reading the next best paranormal romance novel or writing one. Check out her novel “Strange Man at Iri”

Michael Afenfia: Which is the Better TV Show? Forbidden Or Ajoche?