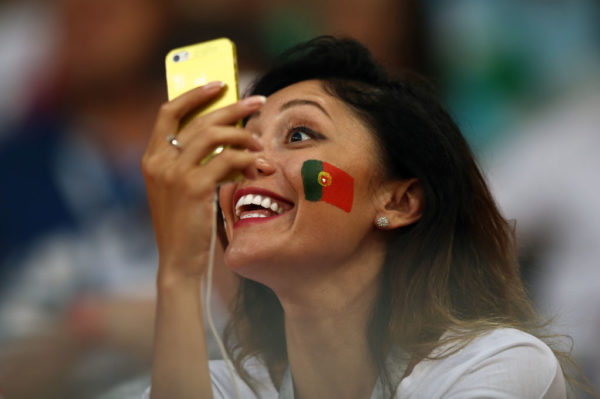 SARANSK, RUSSIA – JUNE 25: A spectator enjoys the atmosphere during the 2018 FIFA World Cup Russia group B match between Iran and Portugal at Mordovia Arena on June 25, 2018 in Saransk, Russia. (Photo by Jan Kruger/Getty Images)

FIFA’s diversity chief Federico Addiechi has said the organisation will talk with broadcasters and its own TV production team to show fewer shots of attractive women.

ESPN reports that the policy is a result of sexism and harassment being a bigger problem than racism.

About 300 incidents of “sexism on the streets” have so far been reported to FIFA by the Fare network, with about 30 of those being against female broadcasters while they worked.

Addiechi has said FIFA already has spoken with the broadcasters “on a case-by-case basis when some cases arose and they were pretty evident.”