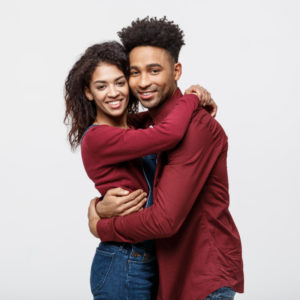 (Of a person or animal) not aware of the presence of danger; feeling no suspicion.

On Twitter, @JamesLantern2 tweeted: “With all these 6 invites for October, I can tag October as the month of “LGBT-straight wedding “. Heterosexual women are saying I do to 6 of my LGBT folks in all four Saturdays . Wow! DM me if you are a fashion designer I need to make clothes! It’s gonna be haaaattt!”

With all these 6 invites for October, I can tag October as the month of “Lgbt-straight wedding “. Heterosexual women are saying I do to 6 of my Lgbt folks in all four Saturdays . Wow!
DM me if you are a fashion designer I need to make clothes! It’s gonna be haaaattt! ??? pic.twitter.com/3Q7rqXfPyR

Would this be the first time a gay man is getting married to an unsuspecting heterosexual woman?

Earlier in the year, Jaruma Magazine unravelled a sizzling Twitter thread about a woman who caught her husband cheating on her with her father. Gladly, this started several conversations around this social issue: gay men marrying unsuspecting hetero women. Does it not make sense that queer men marry queer women?

The history of marriage across cultures shows it was not invented for the sole aim of binding two romantic partners. It was more for “locking down” wealth and ascertaining paternity. Only a mother can tell who the father of a child is, except when it is glaring that a child is the spitting image of the biological father. A queer man could easily get married to a queer woman, and the both of them would live happily ever after, knowing that they both have an agreement, mutual respect, and platonic love/friendship. As Pythagoras put it, “Any relationship without love is bondage.”

Queer men are men before being queer. Male privilege shields them in varying degrees, based on how feminine presenting they are. (For the culture: gender identity and sexual orientation are mutually exclusive. That a man is feminine-presenting does not necessarily mean he is queer.)

Male privilege is a melange of indoctrinations. One of them is that a person is a leader (to whom others must submit) by virtue of having a penis. Another is that the individual with the penis is a baby to be exonerated from responsibility. Older women who uphold The Patriarchy say, “You know men are babies: Men will be men.” How can a leader not take responsibility? What is the truth?

When a woman is feminist, we picture her as a man-hating lesbian, who chops off men’s penises in other to feed on them with other feminists at the top of aged oak trees. In the real sense, a feminist wants everyone to be treated fairly regardless of sex, and this stems from realising that women, more than men, are short-changed by systemic oppression. Because most of us have the image of a misandrist in our head, we believe a feminist does not want anything sexual or romantic with a man. How is feminism a sexual orientation?

Every day, feminists challenge The Patriarchy, which bequeaths male privileges. Privileges are social cushions. When someone threatens to yank them away from us, we get defensive, and because our minds have mastered the act of mental gymnastics, we interpret their act of checking our privileges as oppression. Queer men who love their male privileges will avoid or fight situations and people who threaten them. They avoid feminists and prey on Princesses of Patriarchy.

As they adamantly hold on to noxious notions society fed us as little girls, leaping into patriarchal situations happen to be the favourite sport of these women who have not divested themselves of their debateable female privileges. Thus, they are easy prey to queer men who want to tap into the benefits accruable to men for performing heterosexuality. “She is not feminist, and so, she is not a man-hater. As she is not a man-hater, she is most definitely not a lesbian or even bisexual.” These men marry these women with their mouths sealed, as honesty is a luxury they cannot afford. Patriarchy lovers are automatically sexist, and most times, sexists are homophobic. (It happens that some feminists are homophobic.) The Patriarchy, which upholds male superiority, is averse to men not presenting and performing masculinity. Explains why effeminate (queer) men suffer bullying: The Patriarchy hates femininity and everything that (should) epitomise it. This is one of the ways feminism intersects with LGBT+ rights.

According to a school of thought, the sexism of Patriarchy Princesses, their internalised misogyny, which often times translates into complicit homophobia, makes them deserving of gay men. Were they not homophobes, their queer husbands would be sincere with them from the onset. Another perspective holds that these men should be held accountable for roping a woman into a marriage situation of which she is unaware.

Feminism is a repellent for queer men who embrace their male privileges. Marrying a queer woman, who is likely feminist, would be an unfavourable situation for him. What other way revel in the cocoon of their privileges if not by entangling an unsuspecting patriarchy-upholding woman into a faux heterosexual marriage?

P.S. This is but one way to look at the issue. Obviously, there are other reasons why queer men wilfully marry heterosexual women without telling them of their sexual orientation. However, I have presented just one perspective.

Breast Cancer Awareness Month 2018: Beauty Through the Eyes of a Survivor

Kehinde Akintobi: 10 Keys to Unlocking the Hidden Eagle in You