When a Photographer gets Engaged! Cynthia & Jide's Lovestory + Pre-wedding Shoot

Cynthia and Jide are melting our heats in all the right places. The beautiful couple had been in each other’s life since childhood, they attended the same primary, secondary schools, and even tertiary institution. They officially met in 2013 and at that point, a story of love and friendship unfolded. Their pre-wedding shoot is so beautiful and getting us in our feelings. Did we mention, that groom is a photographer, yeah, a wedding photographer (Jidekola) and his bride makes amazing dresses, she even made the dresses for their shoot.

Read their love story and proposal story below. 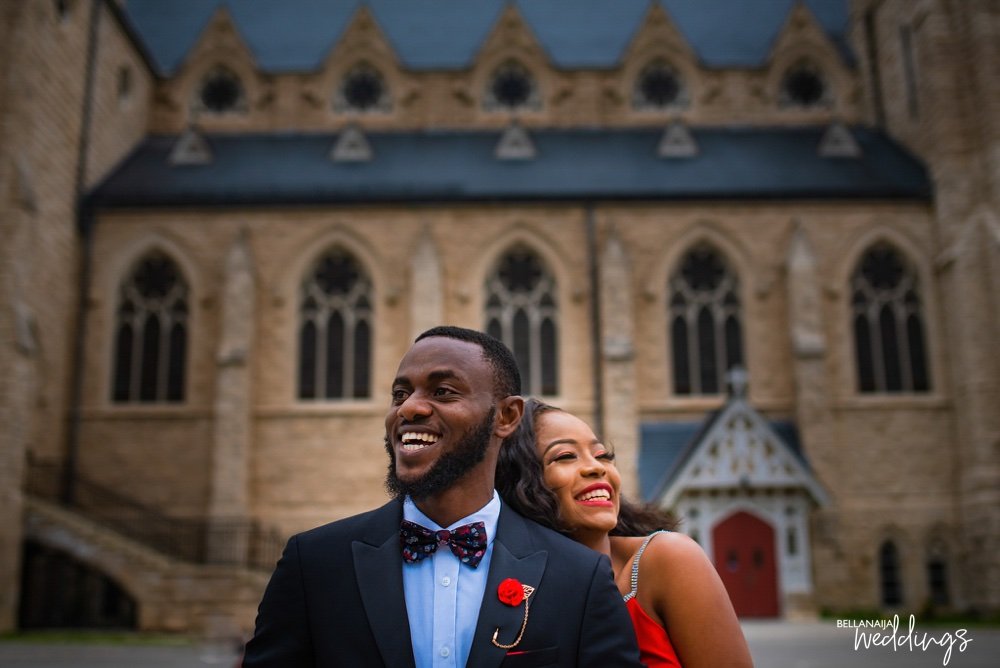 How We Met
By the Groom, Jide
Cynthia and I went to the same primary, secondary school, and university. Both my dad and her mum were staff members of the same institution but we had only shared a few hi’s. It was in 2013, at a mutual friend’s wedding that I will say we officially met. I was at a table being my usual lousy self with my group of miscreant friends when she walked in and sat at the table. I whispered to my twin friends “Omo see my girlfriend” and we both laughed. 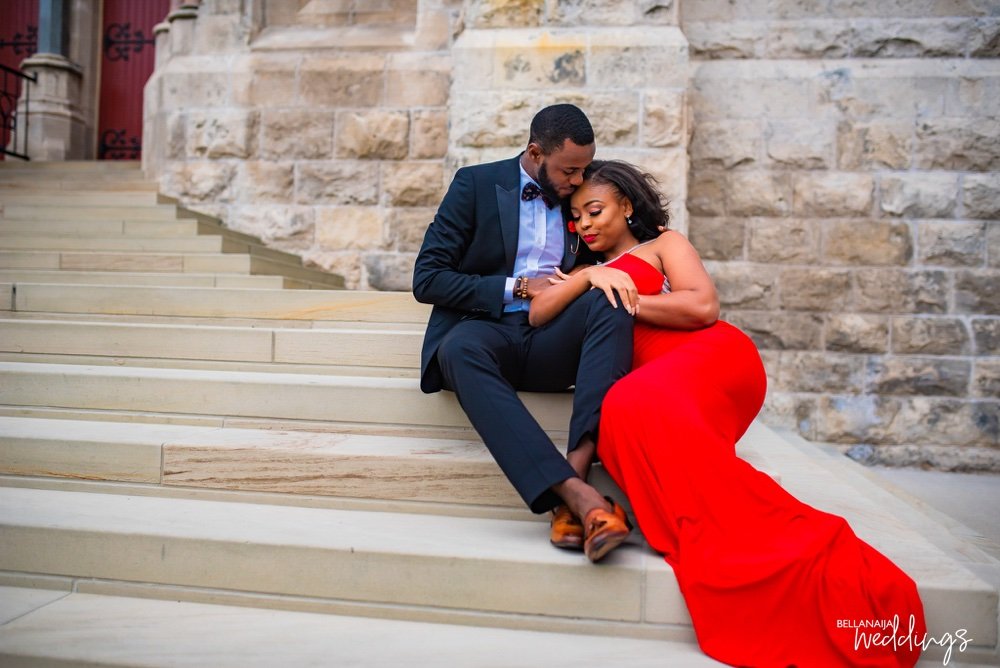 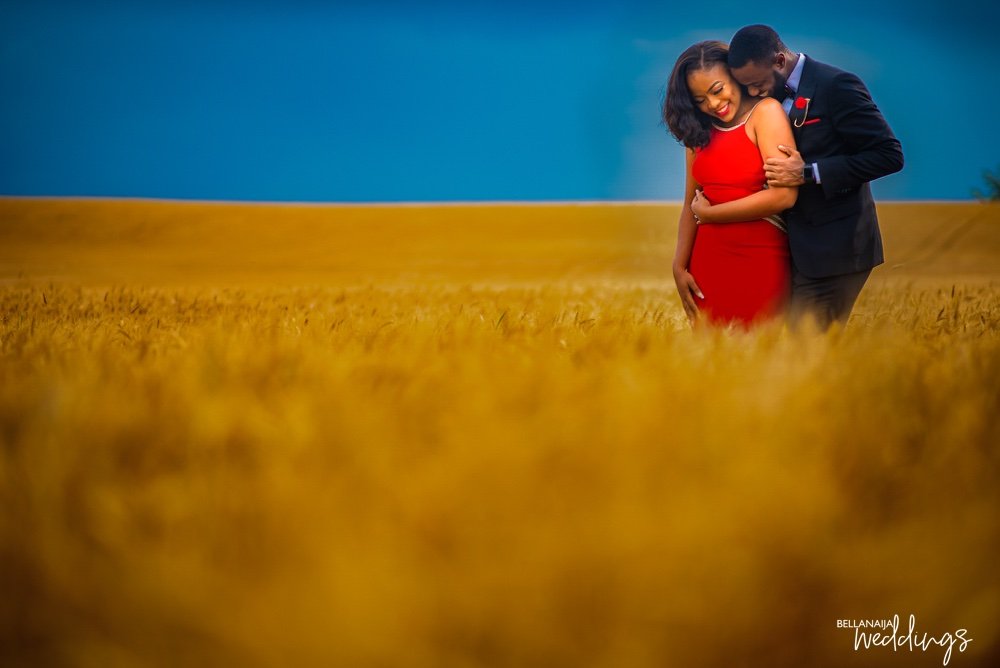 It was a Herculean task getting Cynthia’s number. I asked about three of her friends but they all kept posting me. I took my fate in my hands and went to look for her by myself. Thank God for Twitter (I roast tire for that DM sha oh), and BBM (when she finally promoted me). Line by line, joke by joke, date by date, it took a while, but I finally got her to say the much awaited “Jide, I love you”. 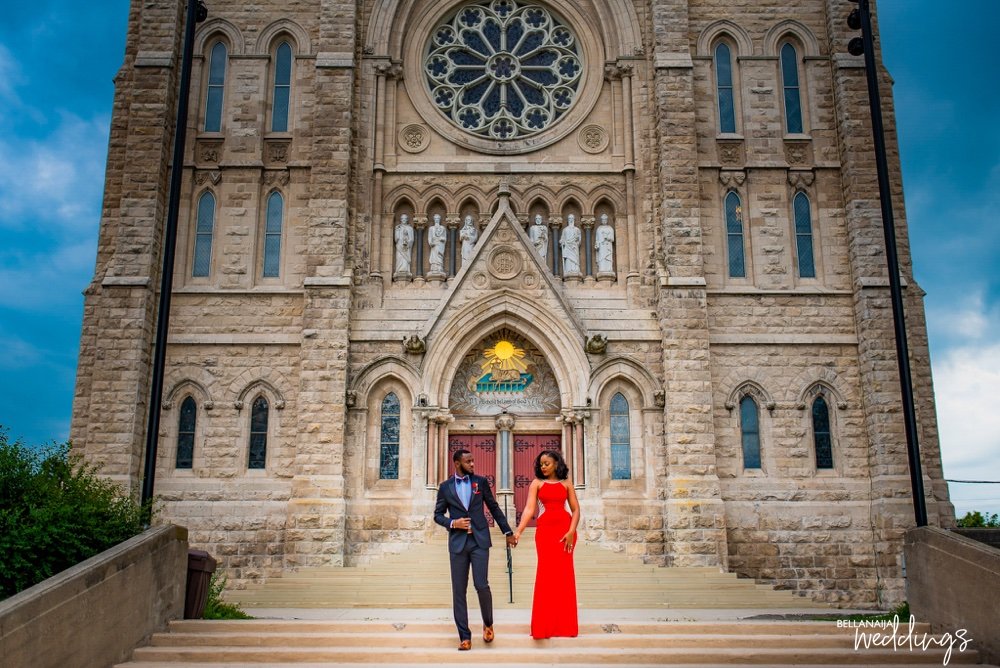 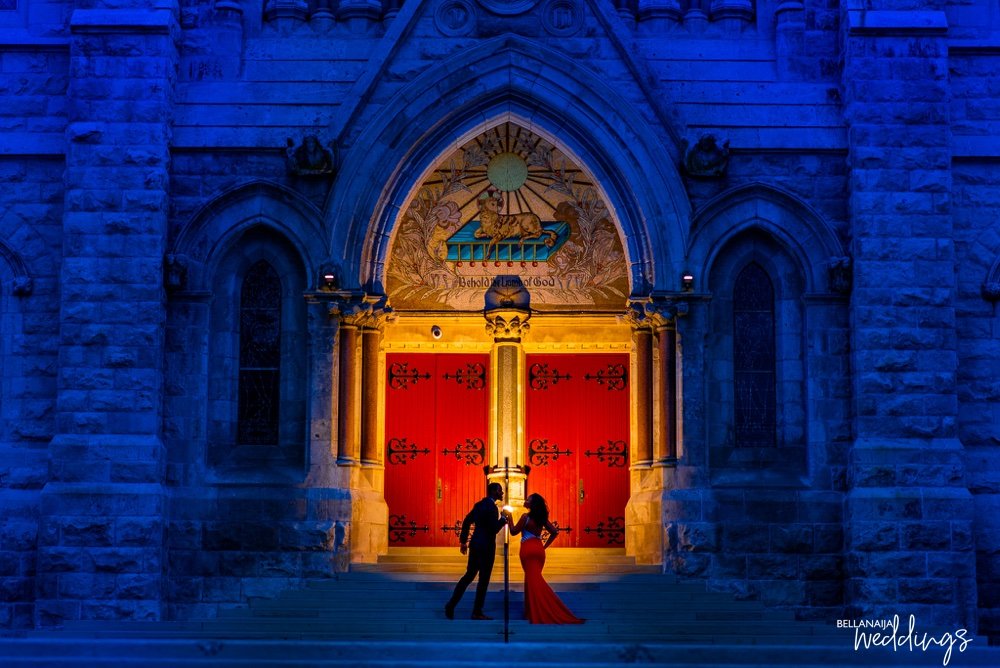 Oh lest I forget, after we had started dating, I saw her selfies from the wedding and there I was in the background of every single picture. Ehen! So she was checking me out that day too? (She still maintains it’s coincidence but I believe one or two pictures can be coincidental not so many selfies with me in it. 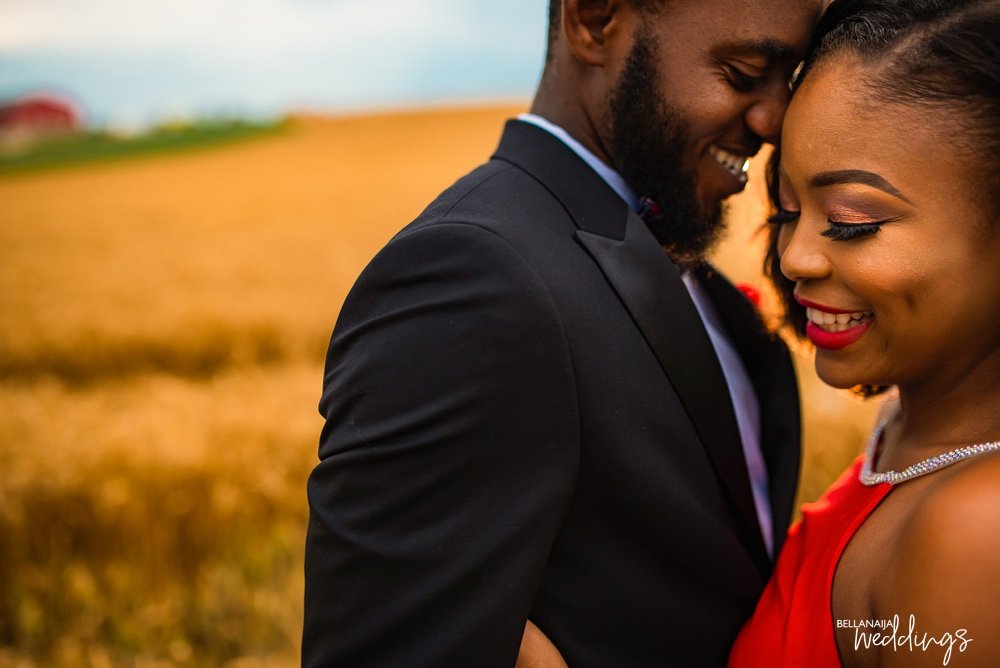 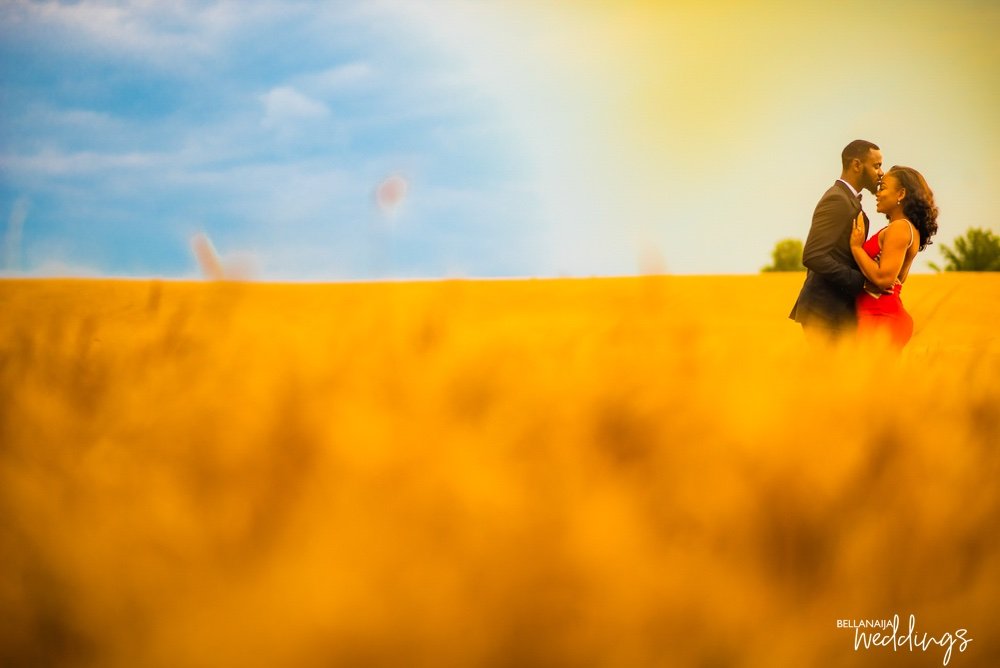 Proposal Story
By the bride, Cynthia

Jide had been owing me a vacation to Dubai for so long, in fact, I had a Dubai flight ticket that had been rescheduled more than thrice because there’s always one wedding or the other making him busy. I can’t complain too much, I am dating a workaholic. I have always wanted an intimate proposal, but with the most important people to me involved – my brother and my best friends. I believe I might have mentioned this in passing and he was attentive enough to catch it (don’t wanna give him the credit of being so accurate with his plan ?). 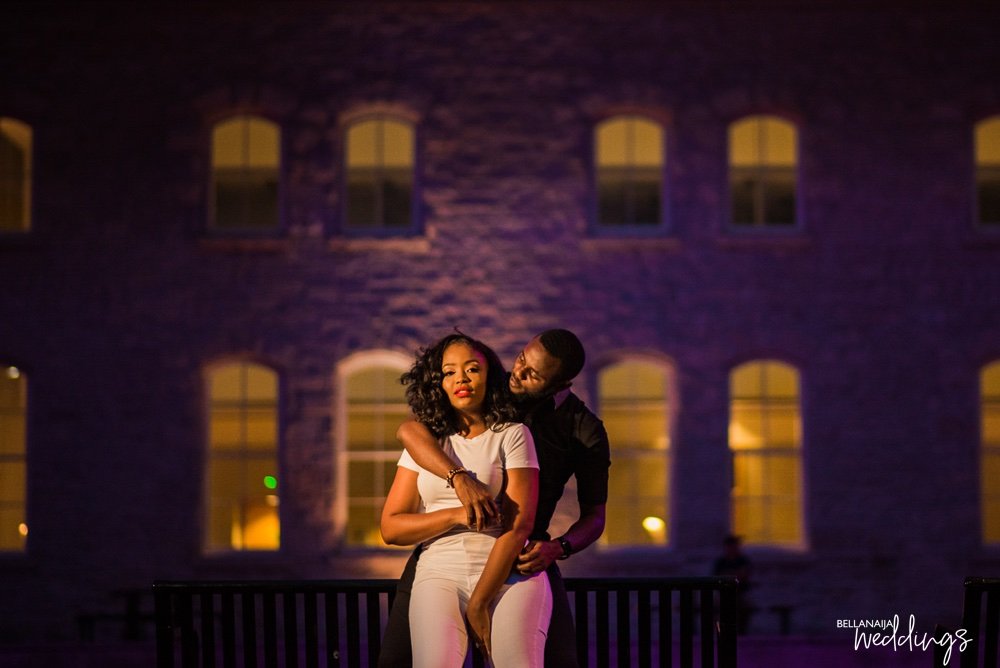 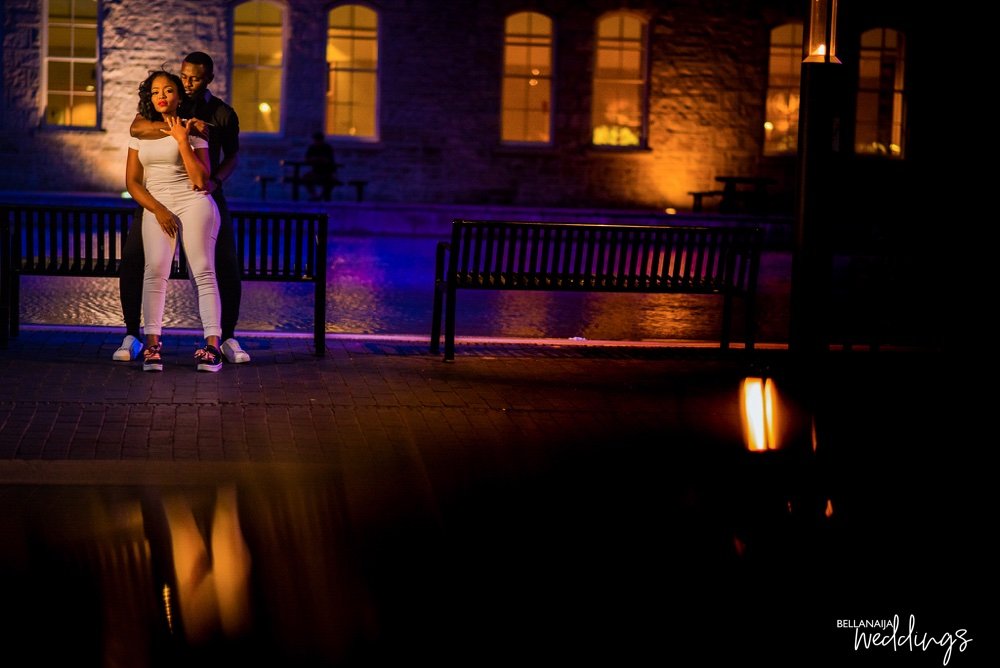 We packed for the trip, Dubai here we come. Finally! I searched his whole house for a ring, the whole travel boxes… No ring; so this guy won’t propose to me in this our Dubai Waka. When we got to Dubai, he took me shopping to buy a dress and said we were going to a house party with his longtime friend that lives in Dubai, I tried on a few dresses and we arrived at one. I should have guessed. 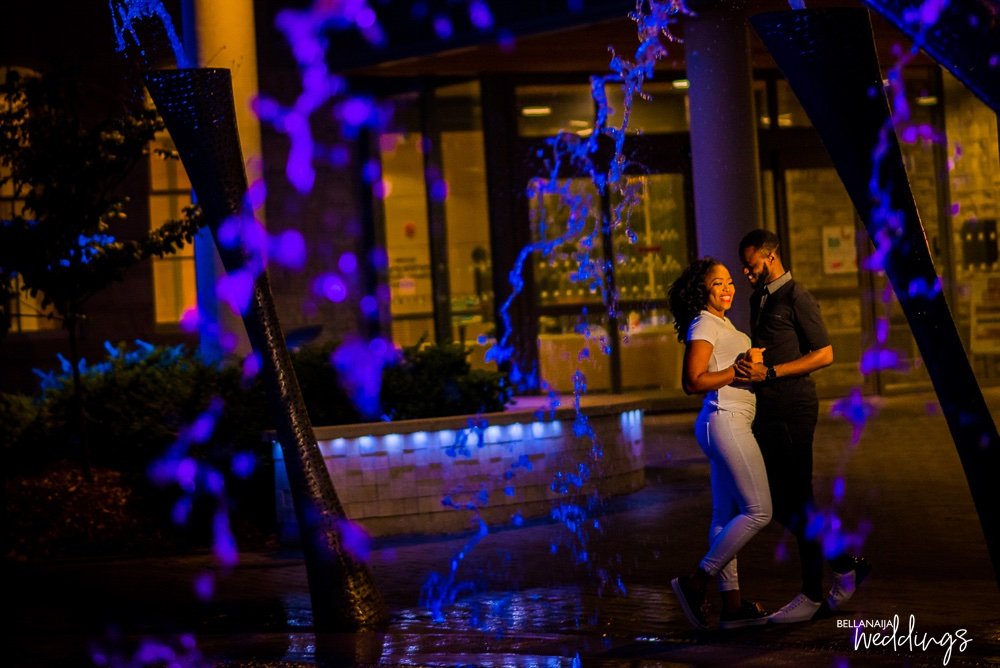 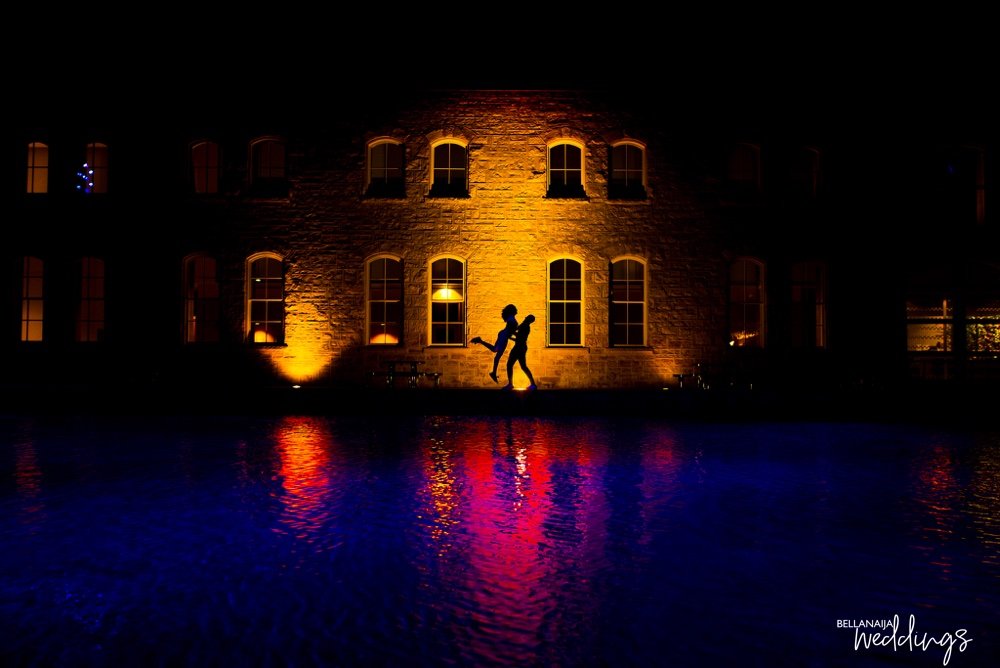 We left for the party later that evening, his longtime friend took us there, and on opening the door to the “house party”; boom! It was our pictures, and balloons and rose petals, with gentle music playing in the background. He led me to the balcony and I saw four of our closest friends holding balloons. Nobody told me Y’all were in Dubai? 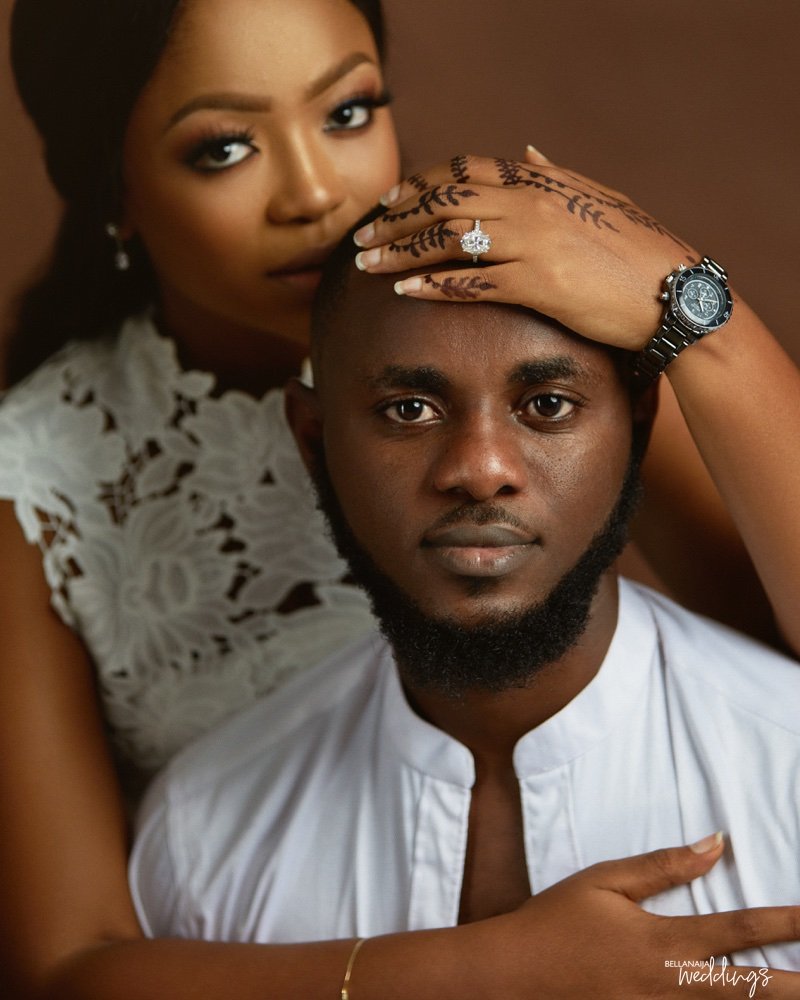 Just when I thought the surprise was over, then comes my brother, my only sibling walking in with the ring in his hand. My brother was the ring bearer ??? I didn’t even know when I screamed out loud. Jide was on his knees and started his proposal speech, let me confess, I didn’t hear a thing. Everything was just too beautiful, the man of my dreams on his knees, my perfect ring – a big rock, the ambiance. 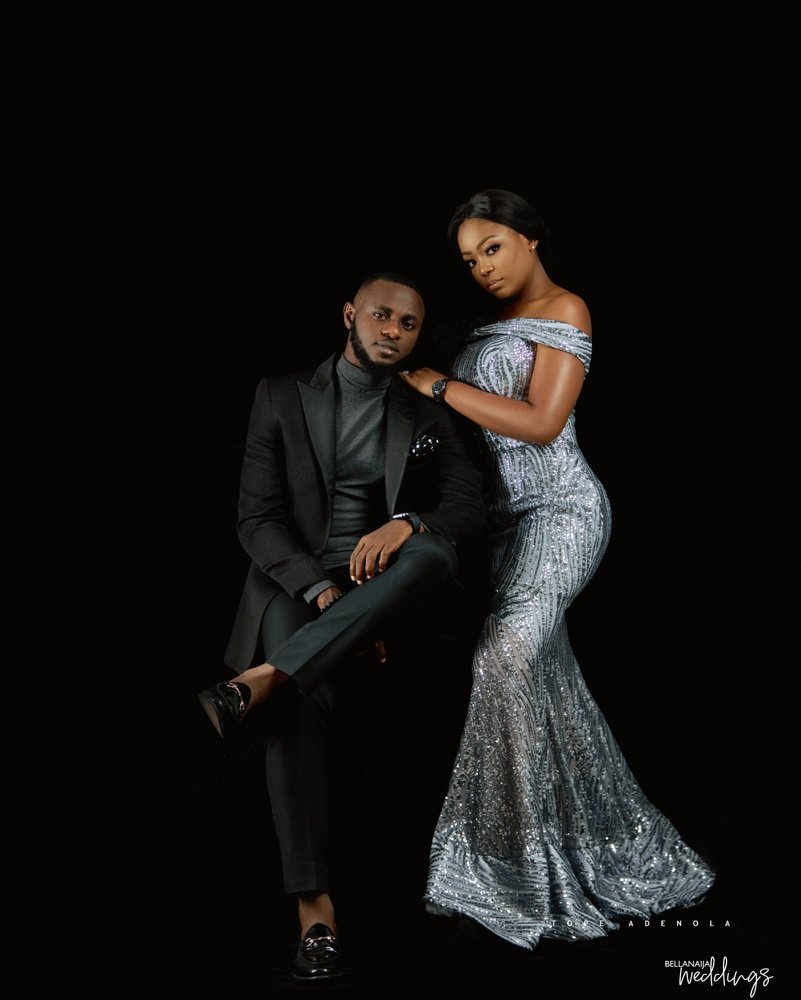 I can’t wait to spend the rest of my life with this Superman, workaholic, fire dancer, creative eyes, footballer, computer whiz,  Jidekola. I am so proud to be “Jide’s Queen”- Cynthia 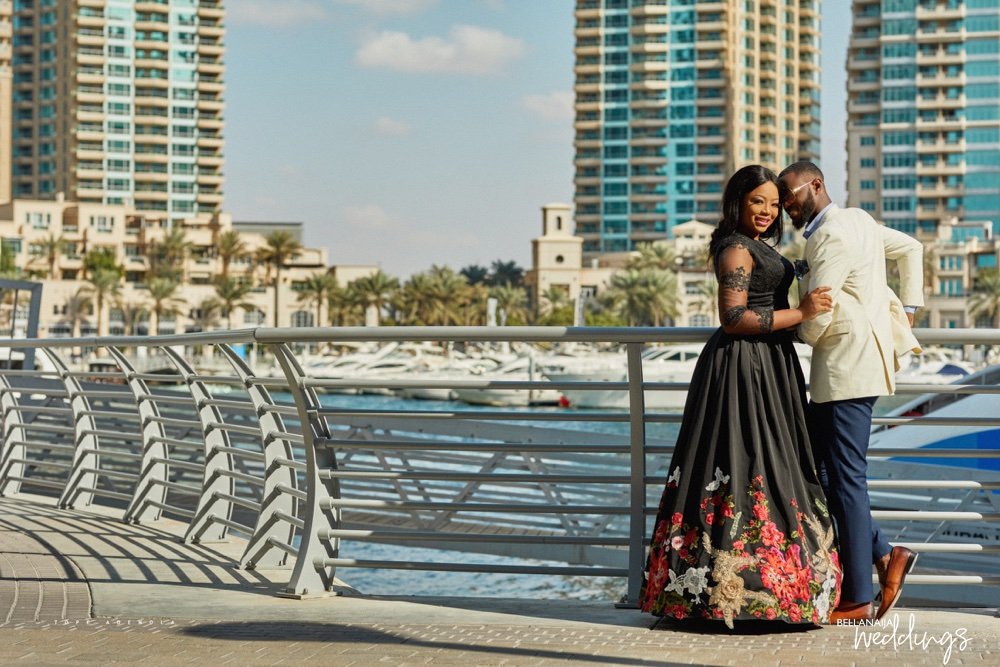 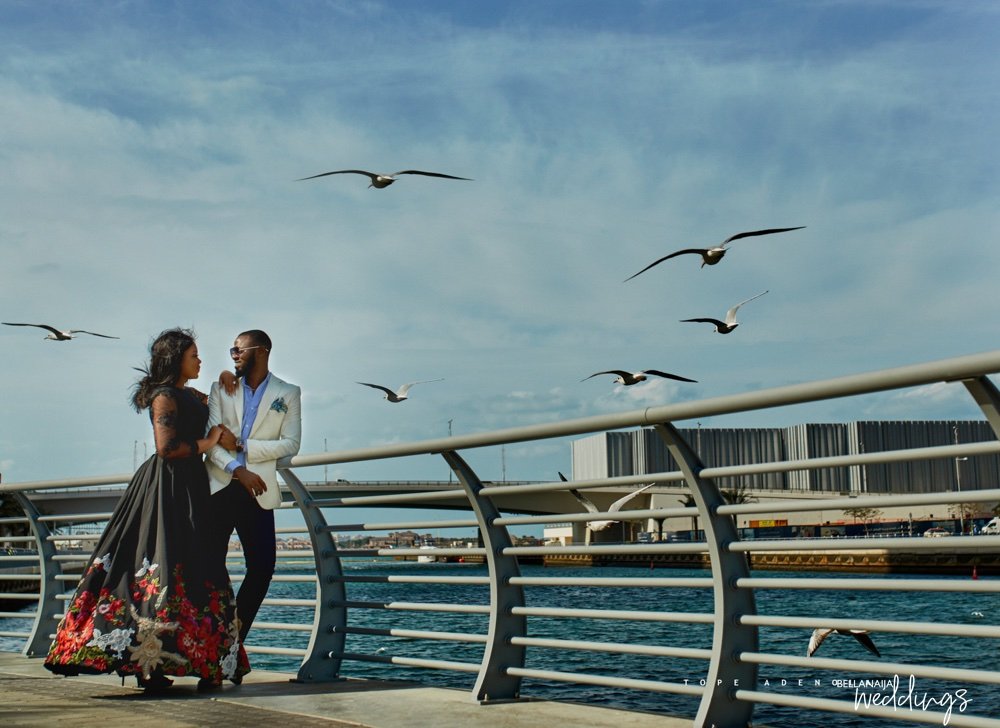 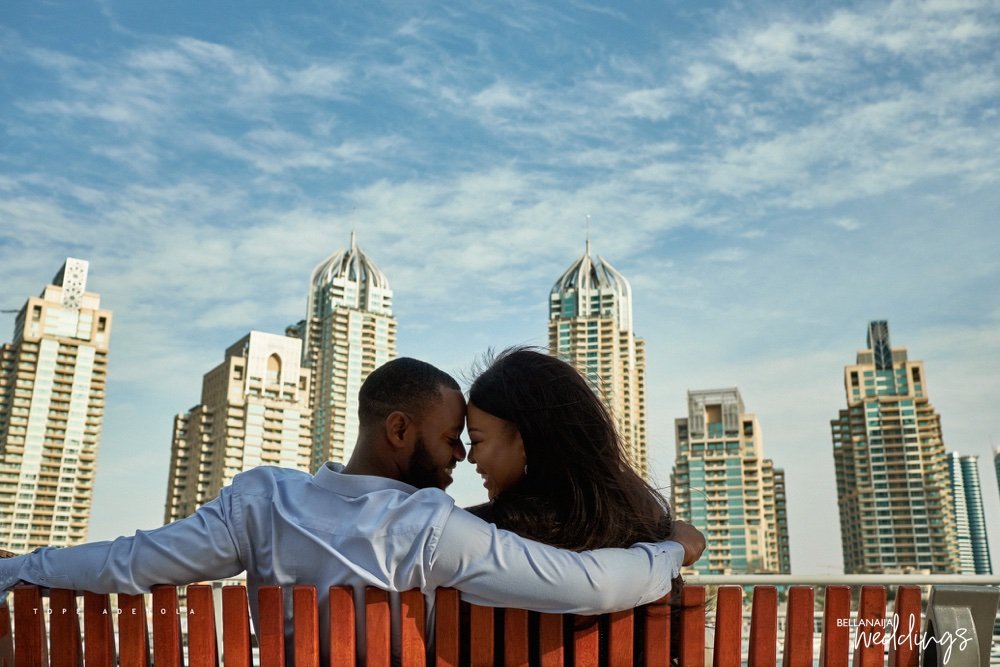 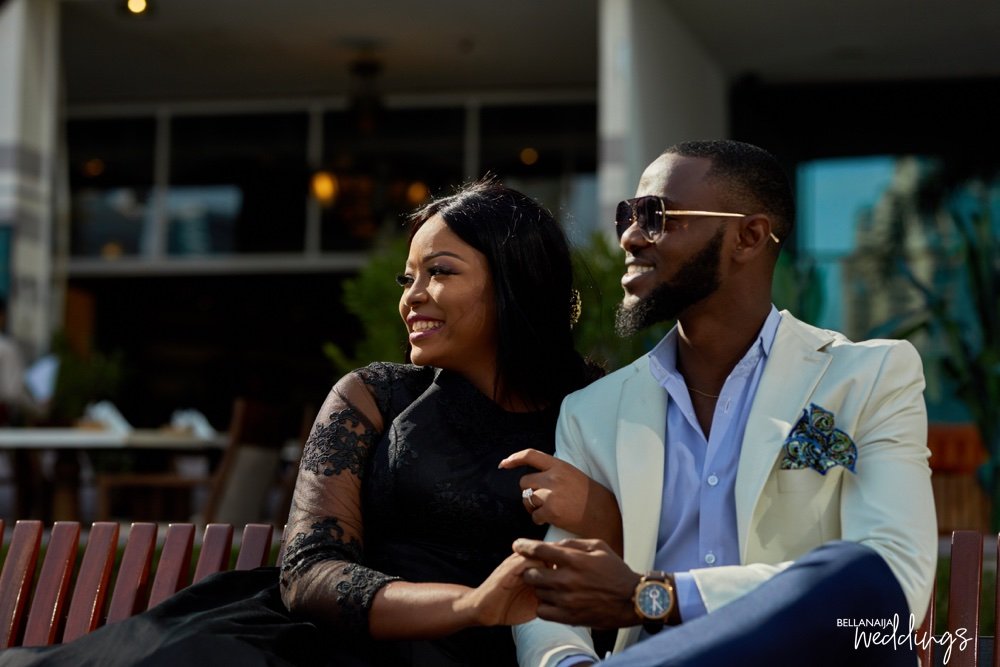