Jean Clare Oge Igwegbe: Jump While You Still Have Strength 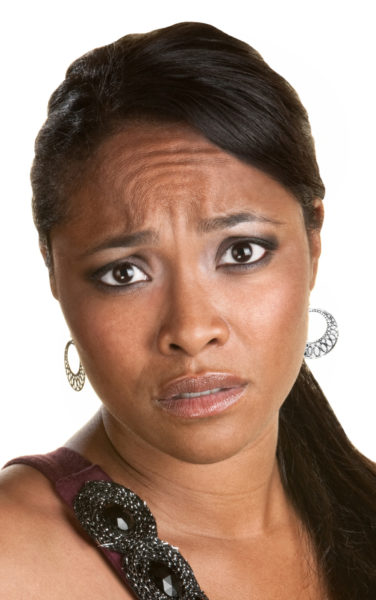 I came across a very interesting story recently that so perfectly illustrates how series of small life events can take a toll on our mental health. It’s about how you cannot kill a frog by dropping him into a pot of hot water. As soon as you drop the frog in the pot, he immediately jumps out. But when you put a frog in a pot of water and slowly apply more heat to the water, the frog is able to adjust its body temperature, as the temperature of the water rises. The frog continues to adjust its body temperature along with the increase in the water temperature. Just when the water is about to reach boiling point, the frog is unable to adjust anymore. At that point, the frog decides to jump out, but is unable to do so because it has lost all its strength in adjusting with the rising water temperature. As a result, it’s not long before the frog dies.

I found the fable to be a very important metaphor that helps us understand the ways we react to gradual and rapid life changes. If drastic changes take place abruptly in our lives, we are quick to notice and react to it. If it takes place gradually, over a period of time, we are hardly aware of it, and by the time that we are ready to react, it can be too late.

The boiling water did not kill the frog as much as its inability to decide correctly when to jump. The frog represents many of us in real-life situations. We know what it feels like to be that frog in boiling water because we have been there at some point in our life. For some it could be abuse; we have allowed people to exploit us physically, mentally, emotionally or financially, for others it could be grief, or difficult/stressful daily life situations (that go on for a long time). When the temperature of these situations increased, we adjusted. When it increased again, we adjusted again. We didn’t realize that we were slowly cooking.

Some of these events do not show themselves as negative for a long time (such is the case for domestic abuse) because they only come in flashes. Similarly, there are the ones who knew that they were slowly cooking but thought they could adjust just fine. They failed to realize that the compounded result creeps up on us; these situations add up bit by bit, taking a toll on our mental health until it reaches our individual boiling points when we least expect. But by then, it’s too late. Our body is no longer able to adjust itself. We end up in extreme psychological distress and in a desperate need to jump or at least come up with our plan of escape from that situation. We breakdown from psychological trauma and some contemplate suicide as an escape route.

While you’re boiling, don’t wait until it is too late to jump. Jumping does not necessarily have to mean fleeing, but facing the situation and figuring out what possible solutions there are. We all have to adjust to both people and situations, but we have to be sure about when we need to adjust, when we need to confront and take appropriate action, and when we need to keep moving forward. We have to know when to take that leap before we boil.

Pay close attention to your feelings. Develop awareness and recognize when the temperature is rising. Don’t allow yourself to become too complacent. Don’t let unexpected change creep up on you.

To be prepared for change you need to be proactive:

If you are chronically tired, stressed, anxious or feeling low, you may be a slowly cooking frog. Maybe you no longer have the strength to face up to that final breaking-point that has presented itself because your energy is drained from adjusting. Maybe you just can’t figure out an escape route.

If you think you are, please do not suffer in silence. Our society makes it so difficult for people in psychological distress to seek help, but really, there is no virtue in being a martyr frog. All you get is cooked. Get a reality check. Reach out to someone you can trust or a reach out to professionals in the field of mental health.

Jump while you still have the strength.

Niyi Ademoroti: Where Does God’s Voice Stop & Where Does Your Pastor’s Own Begin?