Niyi Ademoroti: Where Does God’s Voice Stop & Where Does Your Pastor's Own Begin? 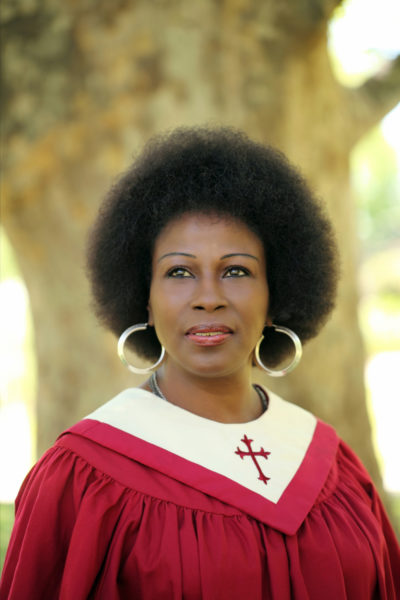 It’s an event every first Friday of the month, the Lagos-Ibadan expressway clogged with cars, all roads leading to what has been christened the Redemption Camp. Less popular is the service every first Thursday – where the faithful gather before their pastor to eat the flesh and drink the blood of Christ – and all the interactive sessions where the faithful are given guidance by their pastor.

With the month of October specifically targeted to the youth, it’s only normal that guidance, in this case, includes marriage advice. Because, you know, are you even a youth if you’re not thinking about marriage? It had all of the usual: Pray to God for the right choice; the foundation of every family is God; a woman is supposed to be a builder in her marriage; women should honor and respect their husbands – all of the usual.

A particular one, though, was new, and it seems to have rubbed people the wrong way: There should be no confusion in the house of God. You have to go to your Pastor first to consult for marriage before your parent, the church Twitter account, @rccghq, shared.

I think just as much as what was written, the way it was written passes a certain message across: that the common noun pastor has been capitalized, like the word God often is, shows just how we have deified pastors in the country.

To clarify, Folu Adeboye said that the directive is because “In the body of Christ there must not be any confusion.” She explained that there will be confusion when a man approaches his pastor and points out a girl God has “shown” him to be his wife, and it turns out “two or three” other men have said the same to the pastor.

Isn’t it a little curious that God is showing two or three men the same woman as their wife? Also, doesn’t that just put marriage on a first-come-first-serve basis? And if the pastor was truly anointed – as they say – and was discerning, wouldn’t he know who the real husband was of the “two or three”?

Our culture today involves a little too much worshipping those we call spiritual leaders, bending to their will and remembering they’re human only when they err. That’s when you hear things like Touch not my anointed and, He’s only human. That’s when we’re asked to wait for robust responses.

We’ve accorded so much power to these religious leaders that it’s almost a wonder Nigeria is so messed up. So many people consult pastors, imams, and shamans before making random decisions like traveling or buying a car. It’s like people have ceded all responsibility for their actions, surrendering it all to these people.

Too many people voted Goodluck Jonathan because he knelt on that very altar, and we all remember how that turned out. Muhammadu Buhari‘s vice president is from that very church, and no one needs a pastor or imam to tell them how terrible a mess our country currently is.

It’s necessary that we learn to draw the line between your pastor’s personal opinion and godly instruction. Is it God or your pastor speaking when she says: Get a job before marriage. When you fall out of cash she falls out of love. Because, while it’s a good thing for people to have financial stability before they get married, isn’t it a little (read: very) toxic to advise that men get jobs before their marriages, simply because their wives will leave them if they end up poor? Is that what you think God’s idea of marriage is? Is that God’s perception of women? Is that God’s instruction on the role of men in a marriage?

It’s fine if you decide to speak to your God about who to marry; but to make your pastors the first stop is basically giving them veto power over the choice. It implies that you believe they’re under some godly instruction to approve or deny your choice.  Because that is what seeing them before even your parents is: giving them the power to say no or yes. And, yes, they are pastors, but remember also that they’re human, just like you.

They’re just as human as they were that last time they messed up.

Jean Clare Oge Igwegbe: Jump While You Still Have Strength

Frank Ugobude: Ema Edosio’s ‘Kasala’ Is the Film You Didn’t Know You Needed