The New "Game of Thrones" Teaser gives us the Chills... Literally | WATCH 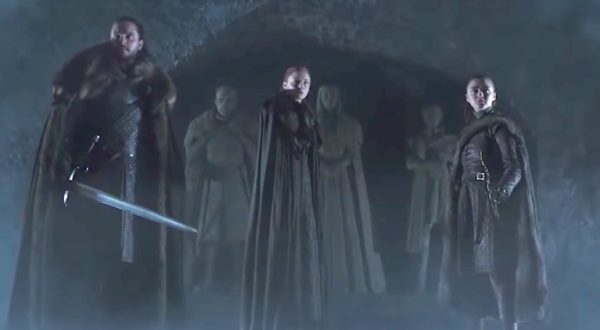 See, the makers of “Game of Thrones” aren’t relenting on making us drool and hyper as we wait for the final season to arrive.

A new trailer has been released, announcing that the show will premiere on the 14th of April, a day so many have now christened as their new birthday.

The trailer features three Stark siblings, Sansa, Arya, and Jon Snow, and they’re in the crypt when the chill creeps in, forcing the last two to draw their swords.

See, we don’t know what is happening! All we know is we just want April 14 to come tomorrow.