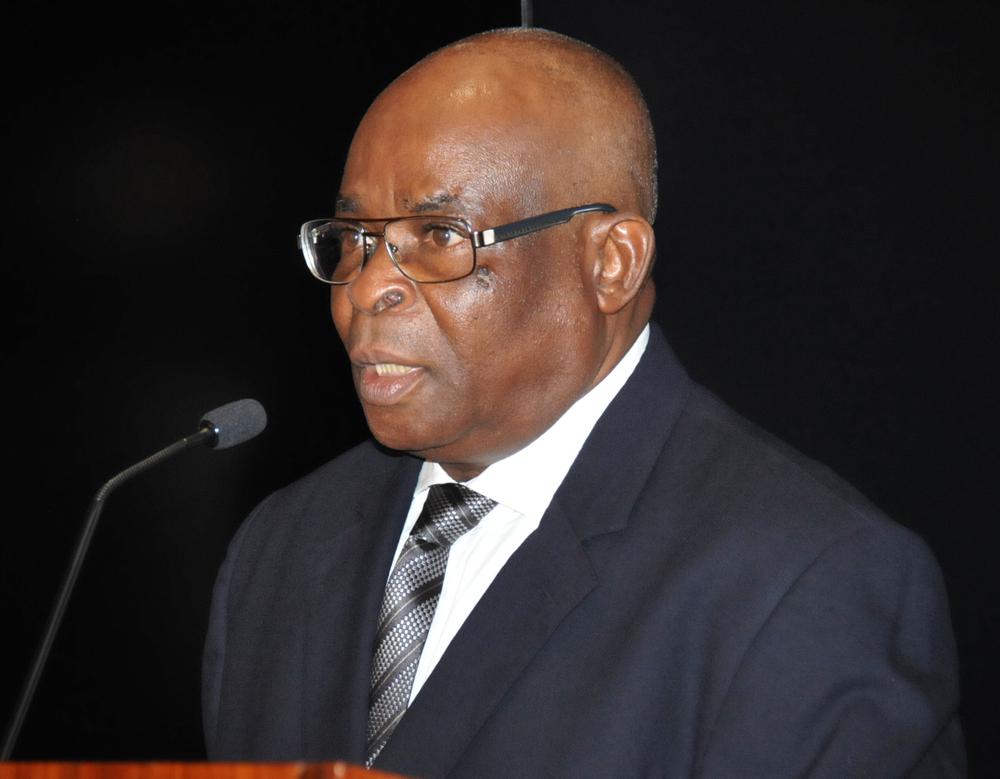 The Federal Government has filed charges against Chief Justice of Nigeria, Justice Walter Onnoghen, accusing him of asset declaration offences.

The report said that the government said it was only in 2016 after the controversial crackdown on judges that Onnoghen partially declared his asset, but still failed to declare a series of bank accounts, denominated in local and foreign currencies, linked to him.

The report added that charges appeared to have been triggered by one Anti-corruption and Research based Data Initiative which sent a petition against the CJN.

See the charge sheet as obtained by Premium Times below: 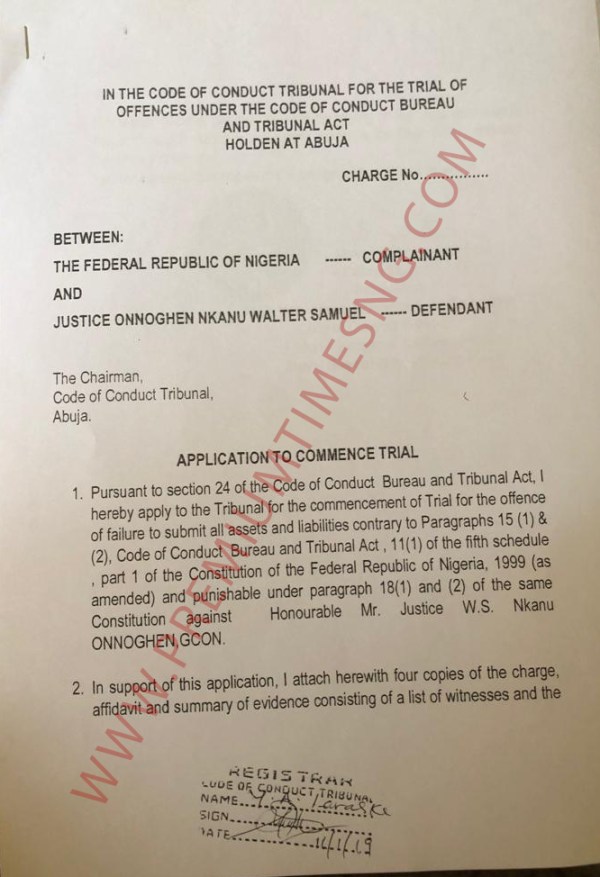 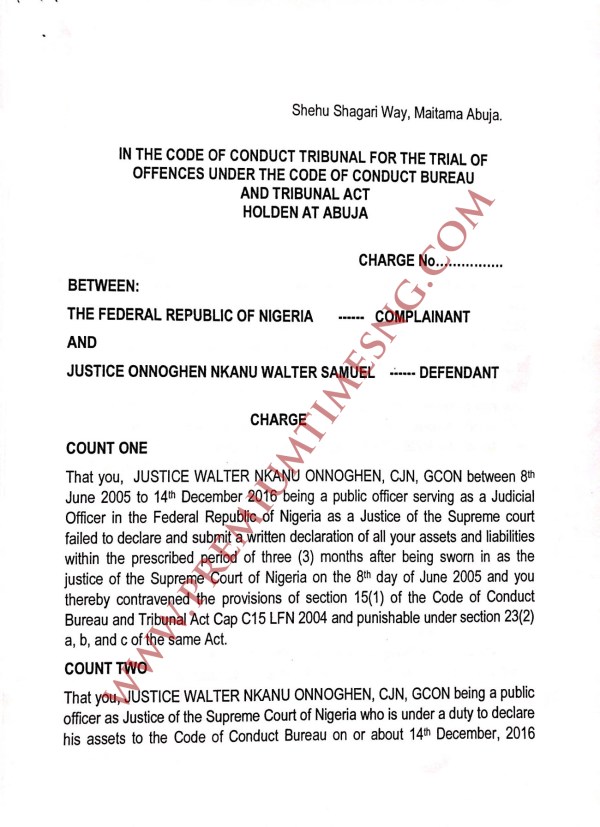 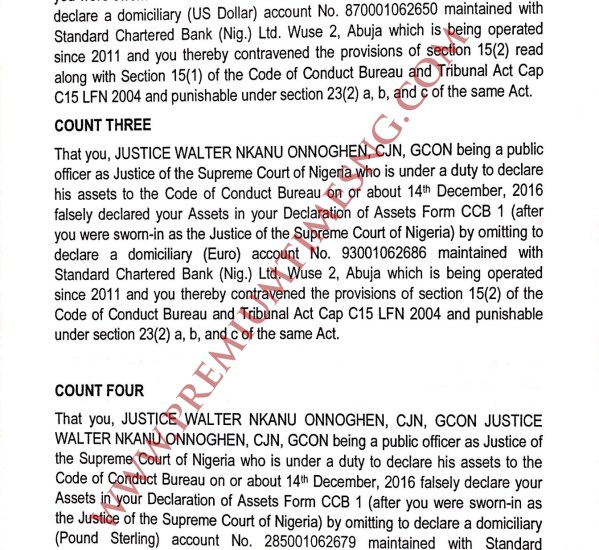 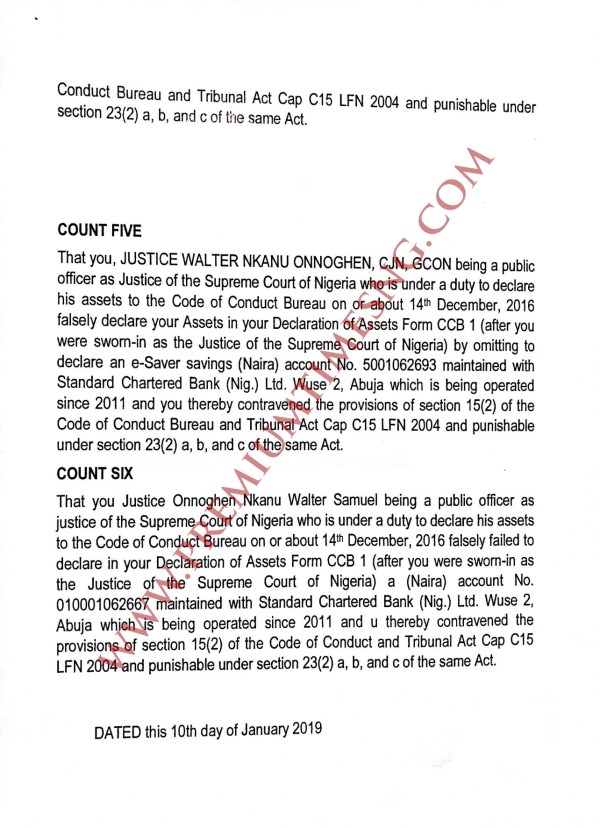