Stand to End Rape: What Are We Going to Do About the Abuse of People With Disabilities? 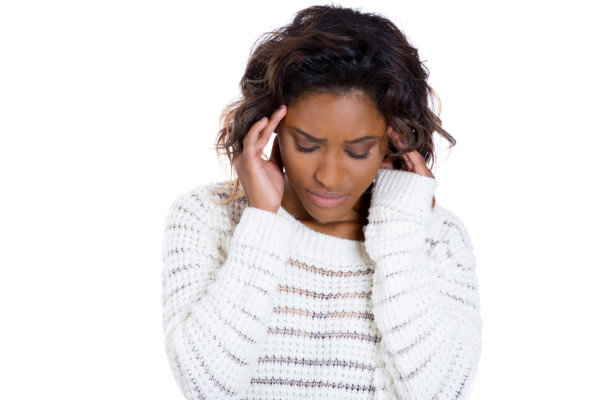 Despite it being a crime under Chapter 21 of the criminal code, there is still a prevalence of sexual abuse, sexual violence and rape in Nigeria.

In 2015, a UNICEF report stated that one in four girls and one in ten boys in Nigeria has experienced sexual violence before the age of 18. A survey by Positive Action for Treatment Access reports that over 31.4 percent of girls said that their first sexual encounter was rape or forced sex of some kind.

In Nigeria, there are over 25 million people living with disabilities. And the country just moves on with life, unbothered. Think about it, how many public buildings in Nigeria have access ramps or facilities for wheelchairs and other equipment that disabled persons must use as a matter of necessity?

Recently, Twitter user, Marie Ochiedo sent out a series of tweets to Access Bank, expressing her inability to access the banking hall with her wheelchair because the services available were simply not compliant, as is the case with many commercial and governmental organizations in Nigeria.

Dear @accessbank_help
I use a wheelchair and needed to make use of your MoneyGram services sometime last week and upon visiting one of your facilities, the closest to my work place in Kubwa, Abuja, I realised that there were no accessibility ramps to enable me enter the building. pic.twitter.com/KnXsHytBy8

It is the same way this group of people are marginalized and overlooked when it comes to the fight against sexual violence. Because they are a group we often overlook, we do not often remember that they are bound by certain physical or mental constraints that leave them vulnerable to sexual predators.

The adults are not safer; another systematic review on violence against adults with disabilities, published in February 2012, indicated that, overall, they are 1.5 times more likely to be a victim of violence than those without a disability, while those with mental health conditions are at nearly four times the risk of experiencing violence.

With these numbers, where are their stories? Why are their voices and struggles not being centred? What does this tell of us as a society? The facts and figures of sexual harassment and abuse often exclude the members of the society living with disabilities, and this is not unconnected to the different barriers a differently abled person living in a country like Nigeria must face. The country is simply not built for them to thrive, and very quickly their stories and experiences can also become erased.

“I cried when my daughter was diagnosed, not because she has ASD, but because I was overwhelmed by the thought of how to protect her from the threat of sexual violence,” Shanon Lee, a mom, wrote on The Lily Website about her fears raising a differently abled child. Many people with disabilities are abused because their compliance is expected. their testimonies are not seen as credible, and they are usually isolated and seen as easy targets.

Recently, news broke of a woman who gave birth after she was sexually assaulted while in a vegetative state for about ten years. The people who were charged with her care have claimed ignorance, and this is a typical example of how predators target people with disabilities: because they know they are easy targets and will have difficulty testifying later. A lot of these crimes go mostly unrecognized, unprosecuted and unpunished and the abuser is free to abuse again.

Most rape victims are attacked by people known to them, and the likelihood of this happening is even higher for the disabled, as they are usually dependent on their carers who can easily become their abusers. Stephen DeProspero, convicted of filming himself while sexually assaulting a severely disabled 10-year-old boy under his care, said in a handwritten affidavit: “I could have stayed in that house for years and abused him every day without anybody even noticing at all, It was a predator’s dream.”

For children, men and women with developmental problems that affect their speech, communication, and social interaction skills, they could be suffering sexual abuse right under the noses of their loved ones and they simply would be unable to communicate what is happening to them.

Many Nigerians are living with disabilities that make it difficult for them to express even to their most trusted friends and family that they have been sexually abused. There are also a number of them who have been abandoned by their friends and family and now live on the streets, destitute, so they literally have no one to turn to for support, let alone justice.

The Disability Right Advocacy Centre (DRAC) has recently expressed worry over the rising rate of Sexual and Gender-based Violence (SGBV) in Nigeria. At a rally the center organized for sexual and gender-based violence awareness in Abuja on November 29, 2018, the executive director of the center, Irene Patrick-Ogbogu, said that the highest cases of SGBV occur among the innocent and vulnerable ones in the society, and this includes children and women with disabilities.

As we strive to center the voices of survivors of sexual violence within the #MeToo movement and its different variations across various communities, a group of very vulnerable people have been left unspoken for. We must do better to provide a foundation for survivors with disabilities to tell their stories and we must hear them. So, the next time you see that mentally challenged woman who roams your street suddenly pregnant, let it strike a nerve within you.

Should you want to report a case, you can get in contact with us on 08095967000 & 08130320270 or via our email [email protected] or [email protected], and we will provide you with highly confidential and professional services.

Nzube Ifediba: 4 Tips To Help You Enjoy Running in 2019