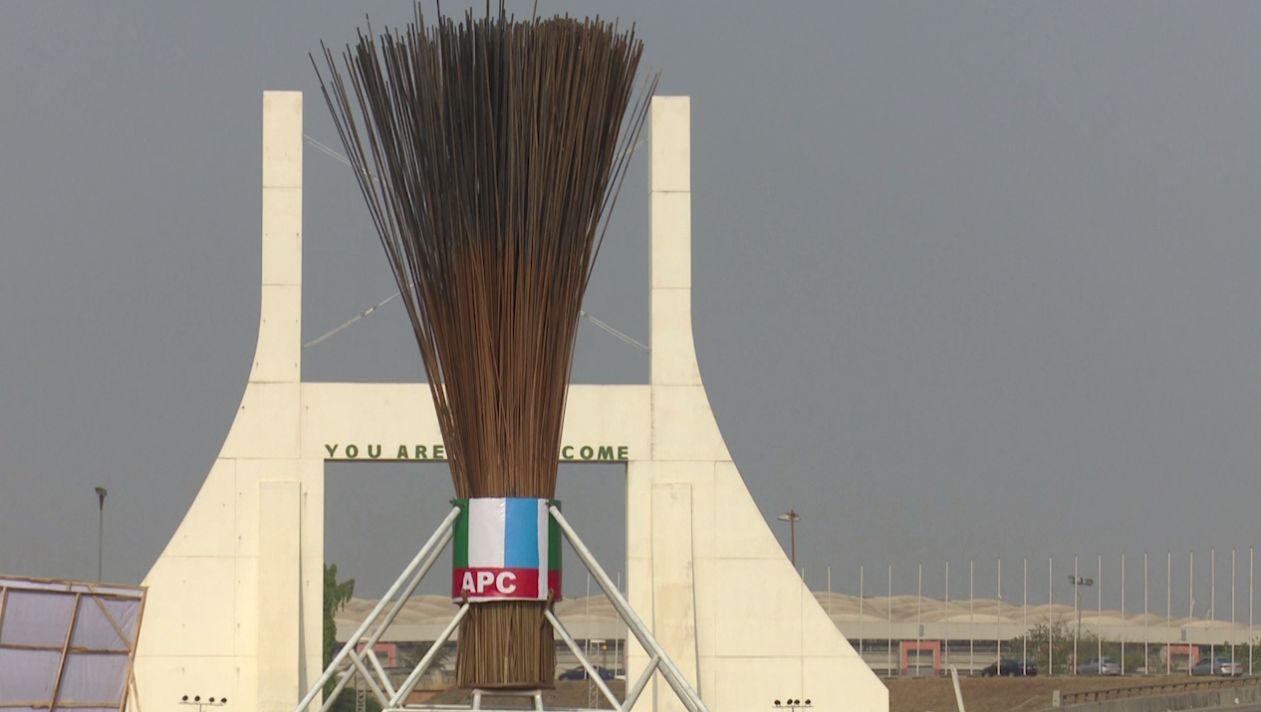 “I don’t know who did it. The party doesn’t have to know who did,” was the response of the All Progressives Congress (APC) publicity secretary Mallam Lanre Isa-Onilu about the giant broom erected in front of the city gate in Abuja.

Isa-Onilu spoke to Channels Television on Saturday, adding that the giant broom was erected by Nigerians who support the Buhari-led administration.

He said that 90% of adverts on TV, radio, social media, and newspapers for the APC were done by Nigerians “who are giving back because of the benefits they have directed since this government came into power”.

He added that constructing the giant broom shouldn’t be an issue because all political parties put posters and billboards anywhere they can find space.