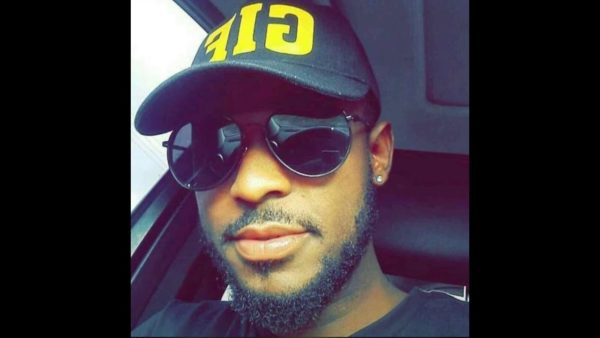 I was catching up with a friend of mine yesterday on the phone. We had not spoken in a while. The conversation soon moved to the recent shooting and senseless killing of Kolade Johnson by the very people meant to protect him, F-SARS. His death isn’t the first, and if nothing is done it won’t be the last at the hands of these savages who go around terrorizing, harming and killing innocent citizens.

I voiced my displeasure and disgust in the act, and how something needs to be done to prevent it from happening again. To my surprise, my friend replied, “This people cannot change, the system cannot change.” This prompted me to ask a question. The question was: “So is that it?” I understood where he was coming from, but I refused to accept it. Something has to be done.

He replied saying, “Nothing happens. Life goes on and we move on.” That to me sounded so final and so cold. I know he didn’t mean it in a bad way, and he was being realistic, but it still brought a bitter taste to my mouth. To think that the value of life has been reduced to absolute nothing. We have become so desensitized to the regular killing of innocent people, both old and young alike, that we have come to accept it.

After a few more minutes, I abruptly ended the call. My head was a complete mess as various thoughts ran through my mind. Although I didn’t know Kolade personally, nor any of his family members, my heart was broken. I mourned for a young man whose life was snuffed out at his prime. A wife missing her half, a son without his hero, a mother wailing for her only child, and a family without their heir. A singular act turned the lives of many people upside down forever.

What did Kolade do to deserve such a tragic end? He was watching a football match at a viewing center in Agege, Lagos, something I am sure he had done countless times in the past. He was most likely unwinding and relaxing with his friends. Never in a million years would he have expected that to be his last moment on earth.

He had no quarrel with anyone, yet he got struck by the stray bullet of a reckless, trigger happy, blood thirsty SARS Officer. In an instant it was over, and an irreplaceable damage had taken place. Kolade was no more. His future and his dreams were eroded.

Every time I close my eyes, I see him lying with his t-shirt soaked in blood. His body laid still, motionless and unresponsive as he was tugged by someone he knew. I couldn’t watch the video to the end because it was heartbreaking. One could see the despair on the face of the young man who was tugging and calling his name. He looked powerless, hopeless and frantic.

Seeing that reminded me of when my family had a poultry when I was younger. There was a particular incident where a chick died and the mother kept on going to nudge it. She went not just once or twice, but countless times, until the dead chick was removed. It was clear she was unwilling to accept that her chick had died.

I could only imagine what Kolade’s loved ones were going through. No parent deserves to bury their child, no wife deserves to become a young widow, and no child deserves to be without his protector. It was a feeling I never want to go through in my life. It is a feeling I don’t wish even on my enemies. It was a senseless act with devastating consequences.

I as a person cannot change the system; yet, unlike my friend, I cannot just forgot or act like it didn’t happen. Because it did happen. It happened to a guy who didn’t cause any trouble, a law abiding citizen, a husband, a father, a son and a brother. His only crime was to be at the wrong place at the wrong time. If we don’t stand up against the dehumanization of our fellow humans, then we put our lives and those of our loved ones in jeopardy.

Joshua Oyenigbehin: How to Get the Best Out of Your Introverted Kid

Reuben Abati: The People’s Revolt in Algeria and Sudan