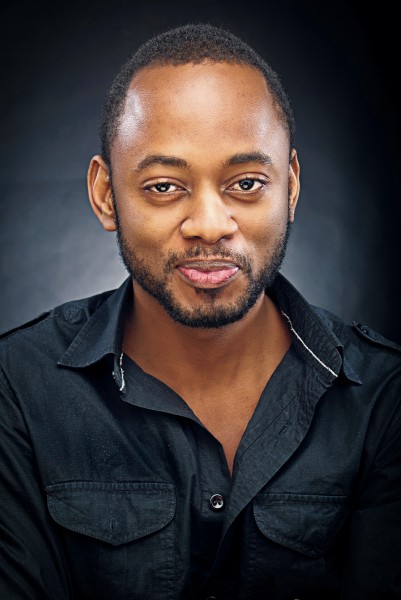 The internet has been buzzing for the past few weeks over what was until recently a little known word: FUPA.

If you thought it was a Yoruba word and tried pronouncing it in your deepest Ibadan accent, you would be in good company. But you also would be very wrong.

Pronounced “foopa,” FUPA is an acronym for Fat (in the) Upper Pubic Area, and was, until recently, used as a derogatory term in American circles much like the British word g*nt. This was, of course, until Beyonce changed the narrative in the September 2018 issue of Vogue magazine, where she lovingly referred to her mummy tummy as a fupa.

“To this day, my arms, shoulders, breasts, and thighs are fuller. I have a little mommy pouch, and I’m in no rush to get rid of it. I think it’s real. Whenever I’m ready to get a six-pack, I will go into beast zone and work my (butt) off until I have it. But right now, my little fupa and I feel like we are meant to be.”

The recent release of Beyonce’s 2018 Coachella performance in the documentary film Homecoming on Netflix awed fans and critics alike, and along with it, brought back a flurry of fupa content across social media, as people scrambled to show off the bulge in their lower tummies. Some did it to stand alongside their icon, some to stand up for body positivity, and some to join the social media trend.

As a clinician and counsellor, I applaud any move toward body positivity. The confident responses to the hashtag last week were liberating for many women, and according to recent research, such public expressions of body positivity have a spillover effect that can help reduce the incidence of depression, anxiety and body dysmorphia.

But the Twitter trolls didn’t get the memo of inclusivity and had a field day, recently forcing Twitter user @ladytiffs_ to take down a post of herself in a blue gown with the caption “FUPA szn.” Her crime? She was thought to be too skinny to have a fupa. But is this true

Today we explore the following questions:

The medical term for the fupa is Panniculus, which is used to describe a dense layer of fatty tissue, consisting of excess subcutaneous fat within the lower abdominal region. There are many reasons why a woman may develop a panniculus, and they are as follows:

Stress
When we are under stress our bodies produce an excess of the hormone cortisol, which serves to help the body respond to the stressful situation. However, if the stress is continuous, then the cortisol levels rise unpredictably. One consequence of cortisol is an increased appetite.

Cortisol fuels food cravings, which can lead to a rise in insulin levels, meaning, the body can now store more fat in the abdomen and upper pelvis. Who knew that spending five days a week in Lagos traffic could give you a fupa?

Pregnancy
All mothers will gain some weight during their pregnancy, as their uterus enlarges to accommodate their growing baby. A visible bulge over the pubic area a few days after delivery is usually due to the uterus, which is still enlarged from the pregnancy, and will retract in the coming days and weeks. However, the fat accumulated during the pregnancy can form a hanging pouch over the pubic area. This is the kind of fupa we see Beyonce sporting at her Coachella performance in 2018.

Obesity
Being overweight, regardless of a person’s fat deposition pattern, can often lead to excess fat accumulation in the lower abdominal and upper pelvis area. One common cause of weight gain in women is polycystic ovarian syndrome, and in addition to overall weight gain, this condition can cause lower abdominal bloating and a prominent bulge in the upper pubic area.

Rapid weight loss
This is not a true cause of a fupa, as the bulge caused by rapid weight loss is, strictly speaking, not made of fat. When a person loses a lot of weight in a short period of time, the stretched skin that expanded to accommodate the fat may not have enough time to return to its normal shape, mainly because the collagen fibres in the skin can become permanently denatured. The result is a pouch of loose skin that can often hang over the pubic area.

Fibroids
A discussion on lower abdominal bulges in women would be incomplete without a brief mention of what is perhaps the most common gynaecological condition facing women of African origin. Fibroids are fleshy, non-cancerous tumours of the uterus that grow in response to hormonal triggers, and are more common in women of childbearing age who have not yet been pregnant (nulliparous women). Fibroids can be small and numerous, or large and solitary, and anywhere in between. If they are large enough, they can significantly increase the size of the womb, and cause a “uterine bulge” similar to a fupa, but unlike a true fupa, this is not caused by fat.

So what’s the verdict?

Skinny people can have fupas.

Fat people can have fupas.

All fupas are equal, (some are more equal than others)

But, not all upper pubic bulges are fupas, after all.

So, now that we know all about fupas, I guess the only thing left to ask is: are fupas good for your health?

The answer is complex.

One thing scientists agree on is that individuals who store fat in the abdomen, pelvis and hips are increasingly prone to developing heart disease, diabetes, insulin resistance and stroke. This is especially true of the hidden fat that cushions the organs called “visceral fat.” Since everyone with a fupa is unique and their exact circumstances will differ, it is impossible to give a blanket statement that covers everyone.

However, promoting a healthy lifestyle and encouraging body positivity are not mutually exclusive.

My advice? Eat healthy, exercise regularly, meditate, reduce stress and don’t forget to visit your doctor to discuss any health problems or concerns raised in this article.

This column is written for patient education. It is not intended to diagnose or prescribe treatment and does not replace the advice of your physician. It in no means attempts to cover the full medical scope of this condition.

Your Better Self with Akanna: Don’t Lose Your Essence In a Quest to Be Accommodating