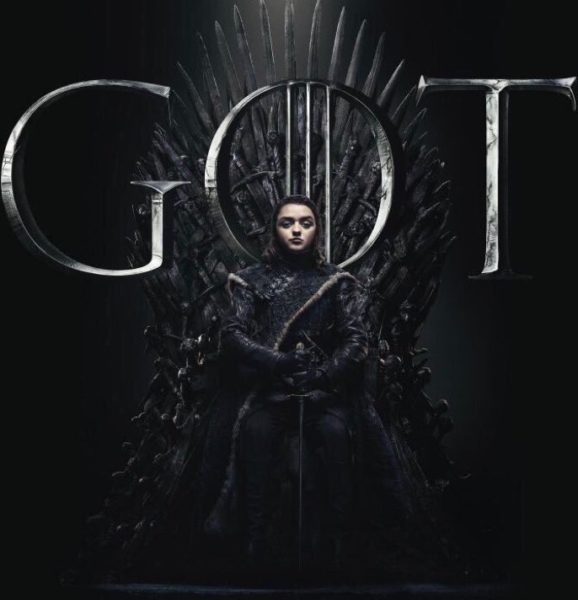 This article is full of spoilers. If you haven’t seen the show, avoid reading.

For the night is dark and full of terrors.

No other Game of Thrones episode has embodied that saying as much as the Battle of Winterfell.

It had been reported that the battle—the longest ever to be aired on film or television—took 55 days to shoot. Expectations were high. And the result? Honestly, it exceeded expectations. But let’s give you a run you down on what happened.

The episode started with a tracking shot through Winterfell, and we see Sam, Lyanna, Theon, Tyrion and Bran. The show has always focused on human nature and connections, even in episodes with fierce battles—remember the Sansa, Jon and Ramsey circle in Battle of the Bastards—and the tracking shot at the beginning indicated that that’s exactly what we’d be getting.

Let’s get the disappointing out of the way: Not nearly enough of our heroes died (although enough here is a debatable word, and perhaps they’re saving their ends for the battle for King’s Landing). Also, Dany and Jon were particularly disappointing, making tactless decisions that could have cost them their lives. Also, those Night King generals were completely useless, weren’t they? Wow.

The Dothraki going out like NEPA light (genocide, guys) may be considered disappointing considering their beginnings and size and power, but it sure was beautiful to watch. Also, it portended things to come: the Night Army is coming for all of you.

Sansa throwing a weak jab at Daenerys while hiding out in the crypt was, to be honest, a distasteful sight, but Missandei’s clapback redeemed things. Also, the tenderness between Sansa and Tyrion was affecting, and seeing the two of them together has been satisfying so far.

Sam. Sigh. He should have just gone to hide in the crypt with his illiterate babe. Because why did he cause the death of Edd? He  was screaming through most of the episode. What a shame.

An underrated (because she deserves all the praise, and more) character in this episode was Melisandre. And it’s not just because her prophecy to Arya back in the The Climb (season 3, episode 6) came through, but she also (literally) lit off the episode by blessing the Dothrakis’ swords, bought the living some time by lighting up the trench (Dany was doing ring-around-the-roses in the sky), and talked up Arya, asking her: What do we say to the God of Death?

Yes, guys, Arya plunged a knife made of Valyrian steel into the Night King’s body while his generals stood back like they were they for a fashion show (such shame). The Night King burst into ice cubes, and all is well with the world again (except Cersei still exists sha).

Bran. Dear Bran. Uncle really went off watching Netflix while people fought to defend him. Really, though, one can only consider him gifting Arya in The Spoils of War (season 7 episode 4) the blade she killed the Night King with, the same blade that was used to try to kill him, was some tactical genius. For that, he deserves all the accolades.

Another hero of the show was Beric, who finally fulfilled his true purpose (the Lord of the Light has brought him back from the dead 6 times, but taking one for Arya (hence: the seven kingdoms). Then The Hound, tbh Lyanna Mormont, oh my Lyanna. Chill. She deserves her own paragraph.

Lyanna Mormont sacrificed herself and king a f***ing giant! The littlest person in the battle brought down the biggest, sticking a sword in the giant’s eye and making it crumble. Lyanna Mormont, first of her name, giant’s bane!

Which brings us to the other giant’s bane: Tormund. He fought bravely, like his love, Brienne, who saved her own love, Jaime. Grey Worm and Podrick also put up a good fight, although Ser Davos sort of went incognito, but we’ll forgive him because he’s a smuggler and advisor, not a warrior.

Ser Jorah. Commander of the Friend Zone. He wouldn’t have wanted to go out any other way, dying for who he loved. And Dany, after her irritating impulsiveness, managed to redeem herself by killing a few wights. So maybe a 5/10 for her.

Let’s talk about those two useless flying giant lizards. What a waste they were. Didn’t make any difference, to be honest. Hopefully, they’ll deal with Cersei and redeem themselves, but at the moment, that reputation is on the floor. (By the way, are two still alive, or just one?)

Mateen ‘Korede Taomu: Five Things to do At a Nigerian Wedding

Ask Shade About Trusts: My Mum Just Found Love Again! But How Do I Protect My Future?