Kim Kardashian hosted her friends and family to a meditation-themed baby shower over the weekend.

According to the 38-year-old reality star and makeup mogul, she’s freaking out because baby number 4 is coming in two weeks (Yay, May!) and she figured the best way to take control of the anxiety was to host a “CBD & Meditation”-themed gathering held at her home.

In a video shared on her InstaStories, she says:

So, because I’m freaking out and the baby is coming in, like, two weeks, I thought what better way to celebrate than to have a little CBD. I thought it was kind of ridiculous to have a fourth baby shower. But I thought I’m freaking the f–k out having a fourth kid…So everyone have a puff and put on some oil.

CBD is a cannabis derivative and is said to ease anxiety and other ailments without getting the user high.

At the shower, guests lounged on mats outside, enjoyed a sound bath, made CBD-infused body oils and bath salts, as well as flower arrangements. Guests were also gifted with navy Yeezy slides.

The possible name of the baby was also revealed to be Robert Harut. 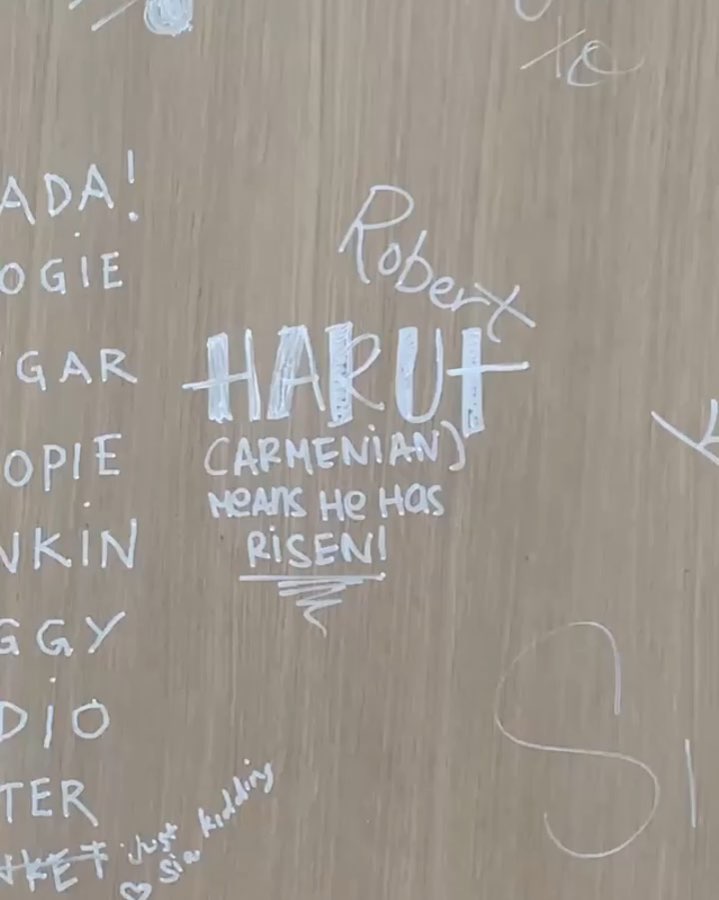 Back in January, Kim confirmed that she and husband Kanye West were expecting a fourth child– a boy – via surrogate. 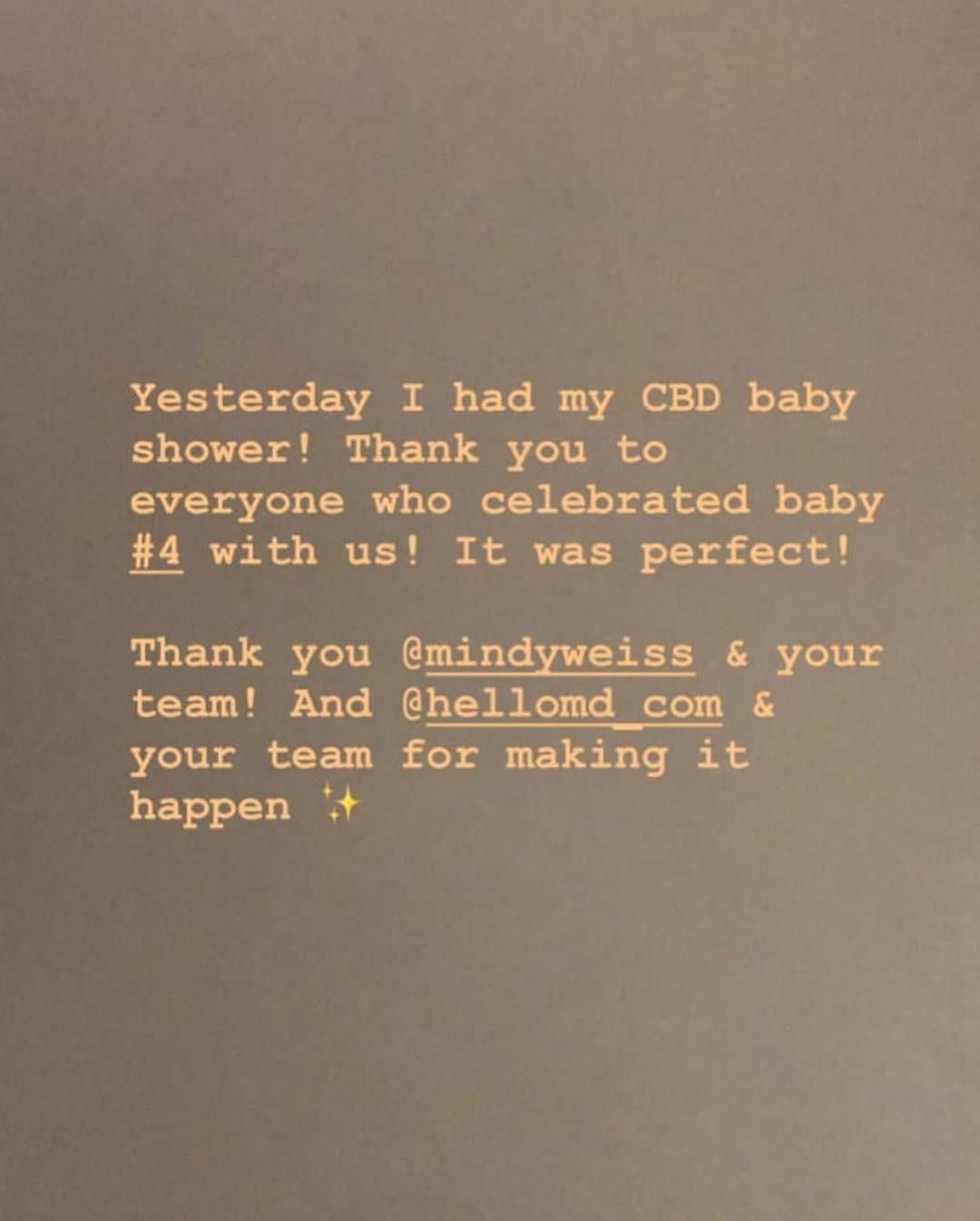 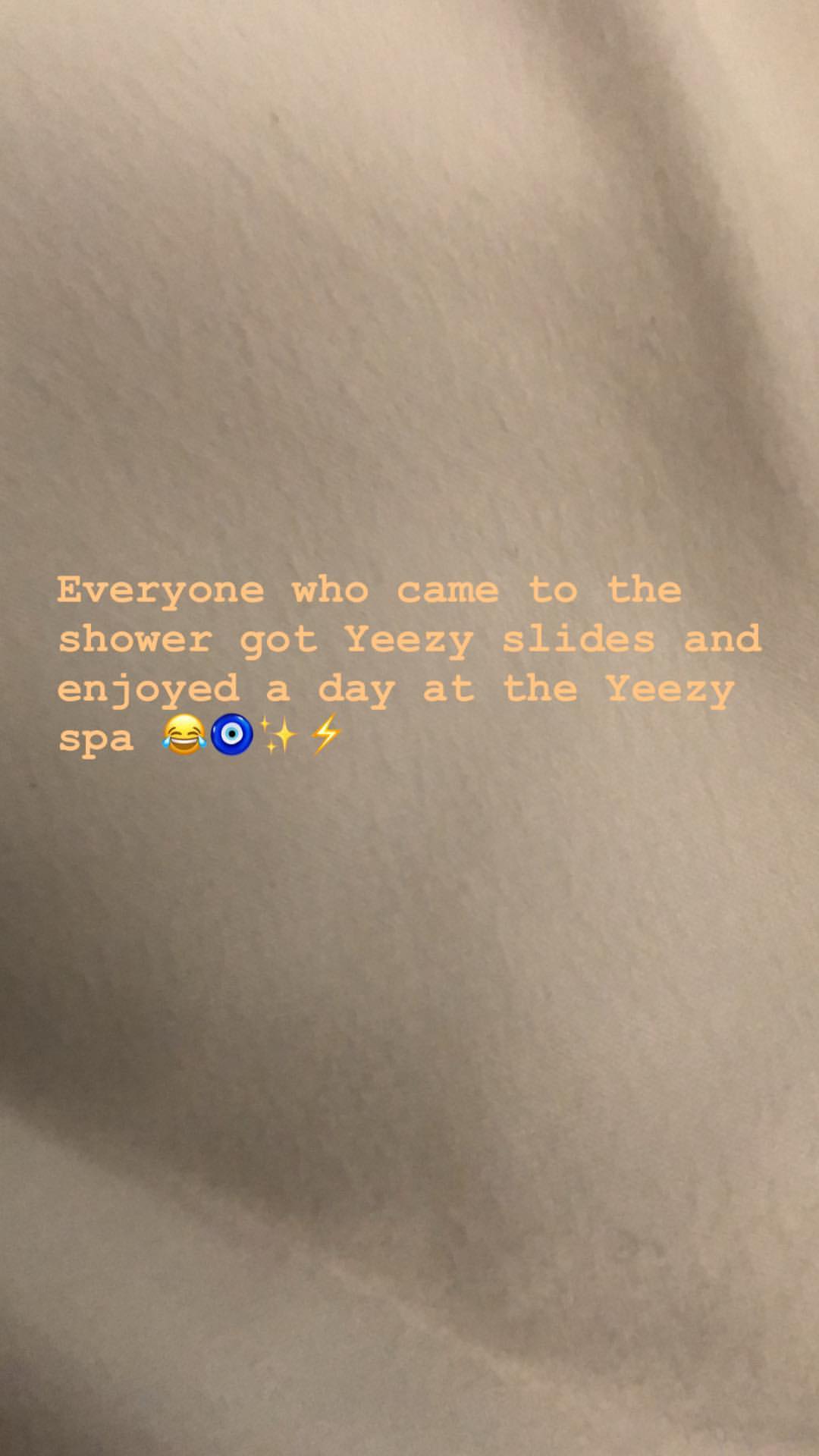 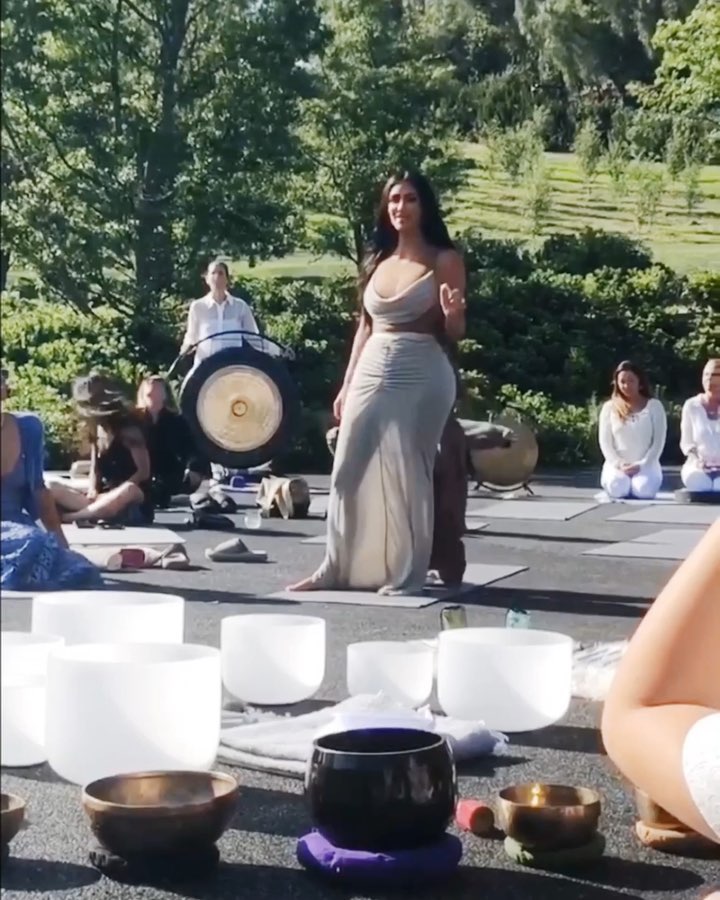 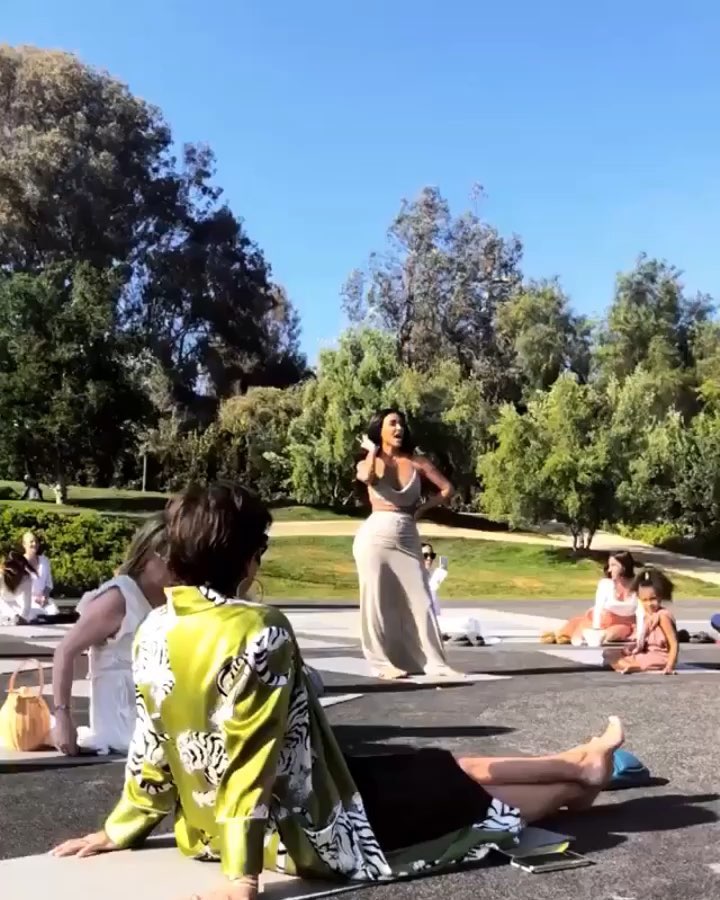 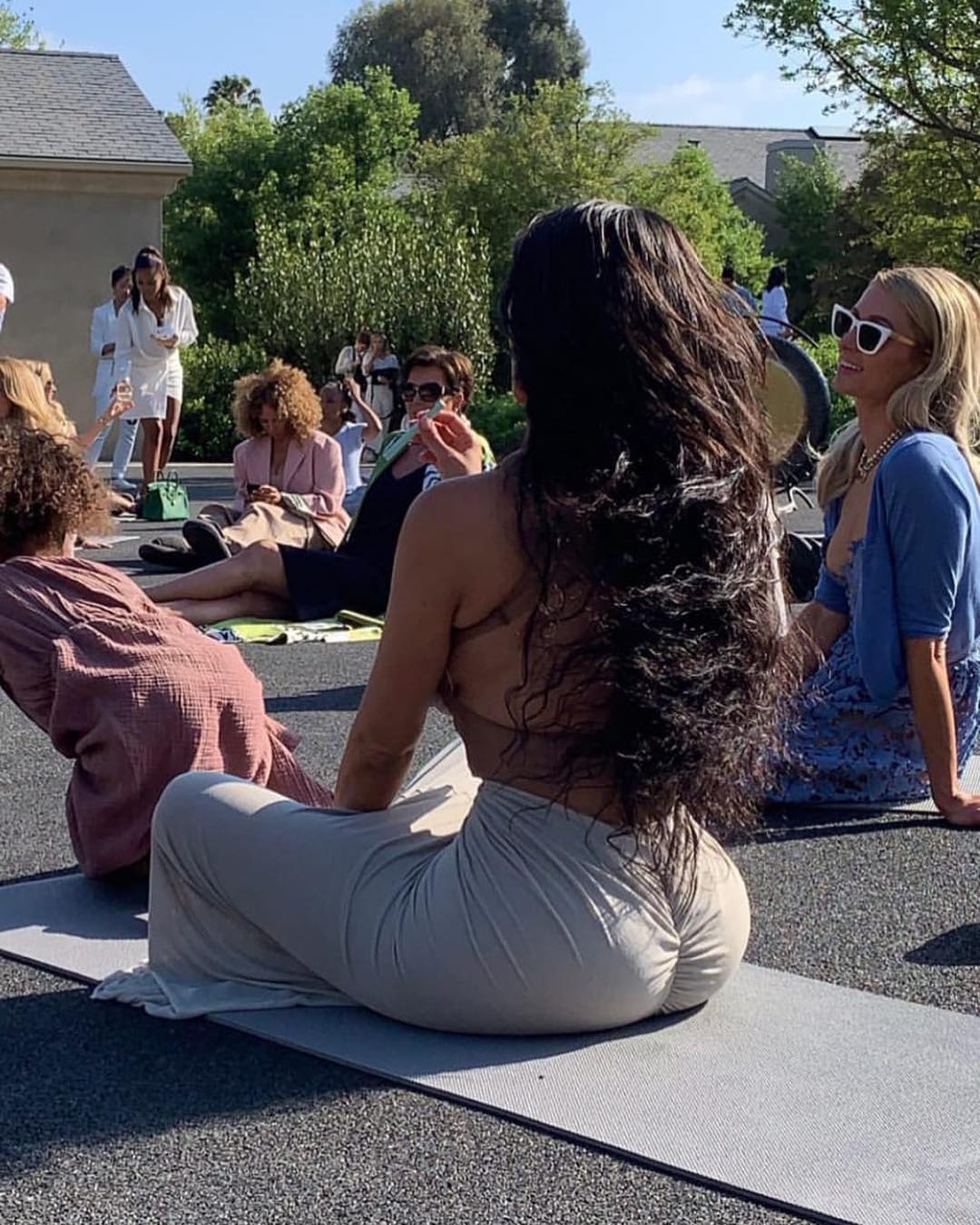 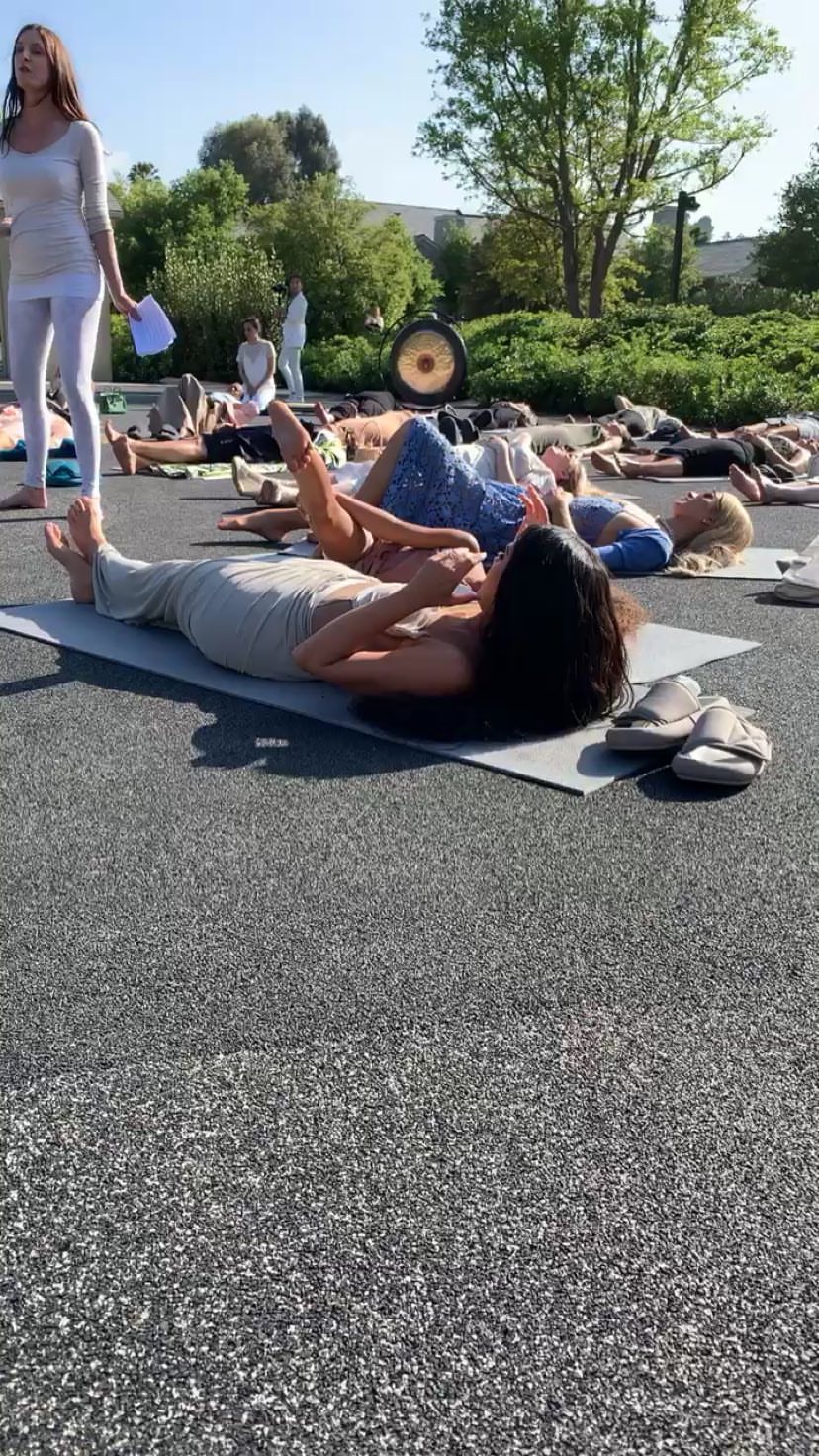 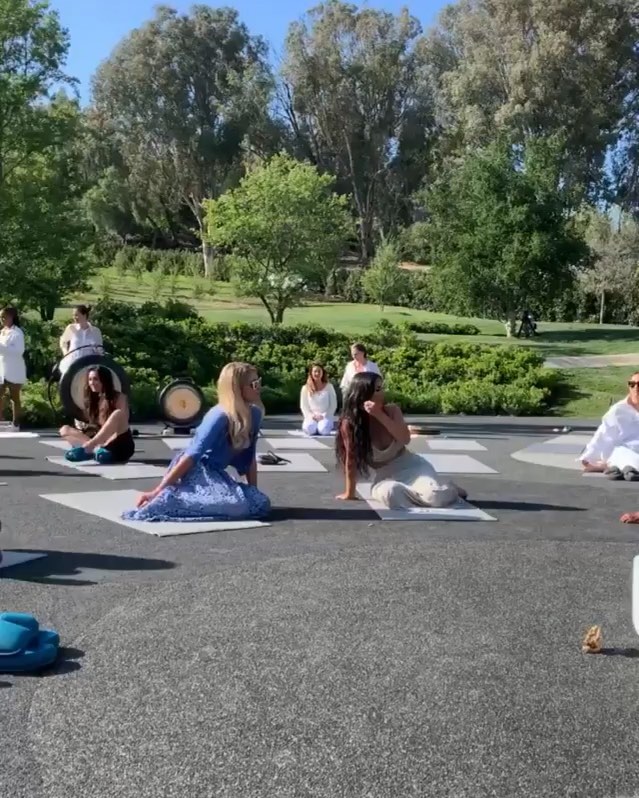 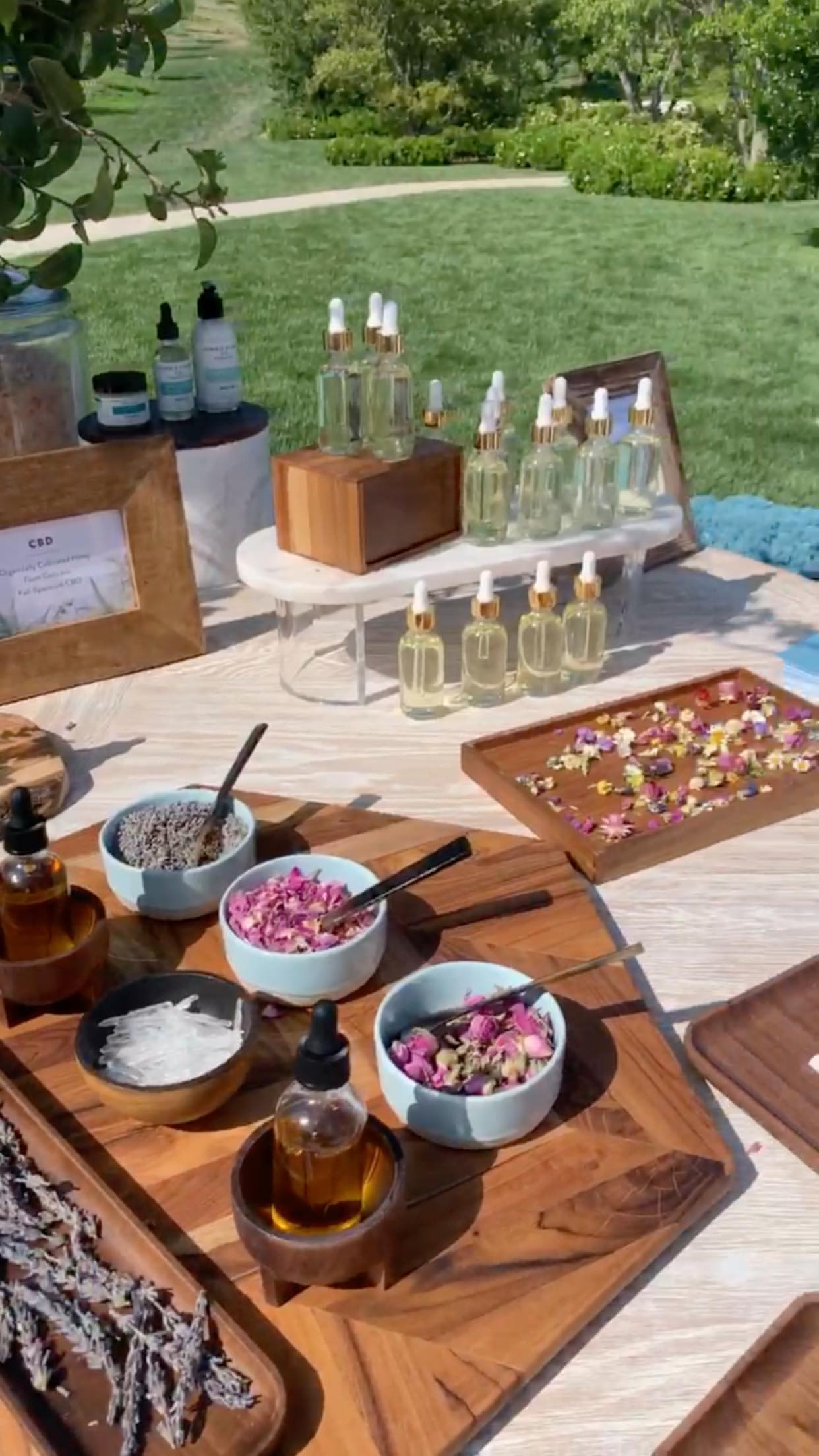 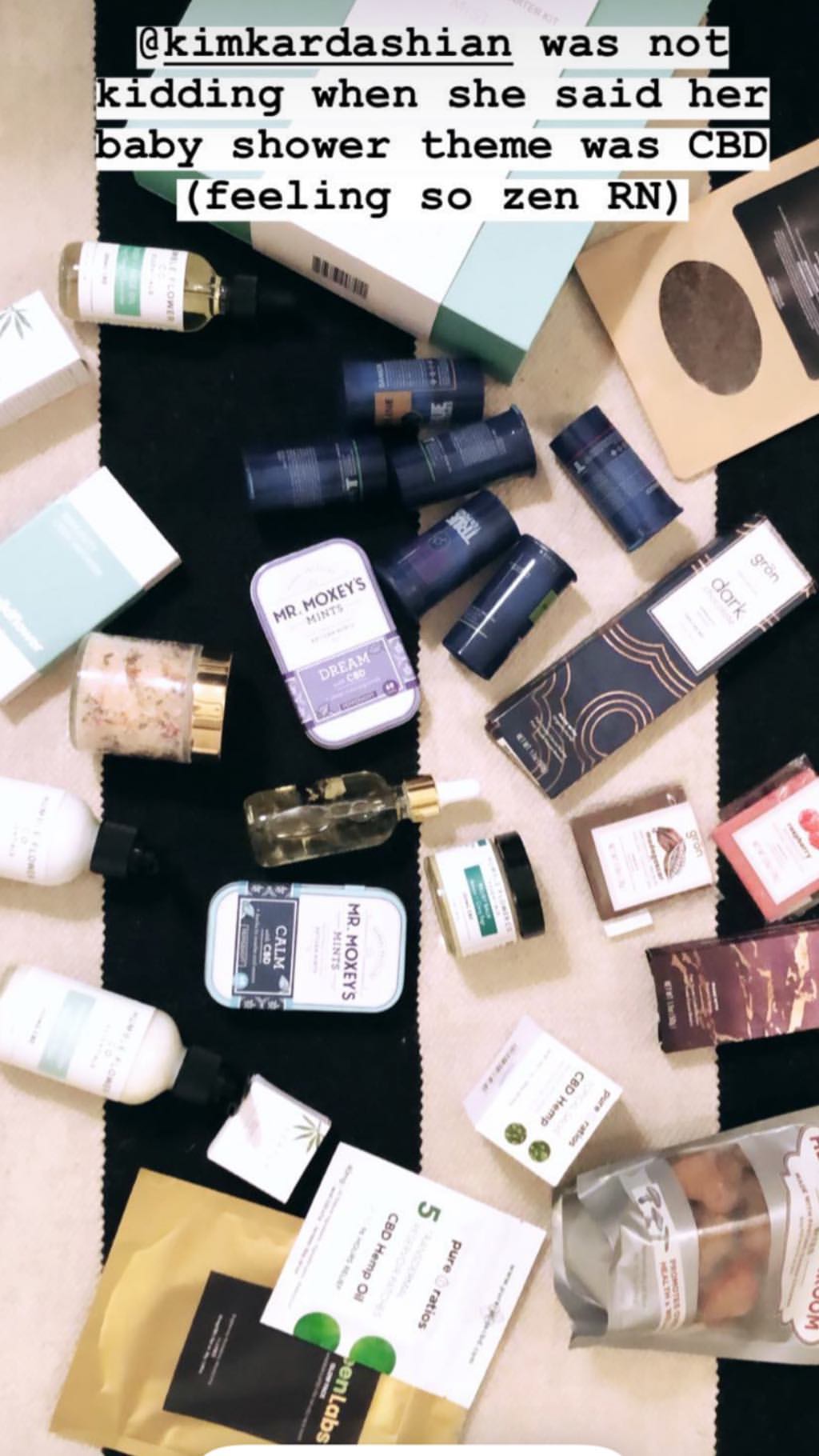 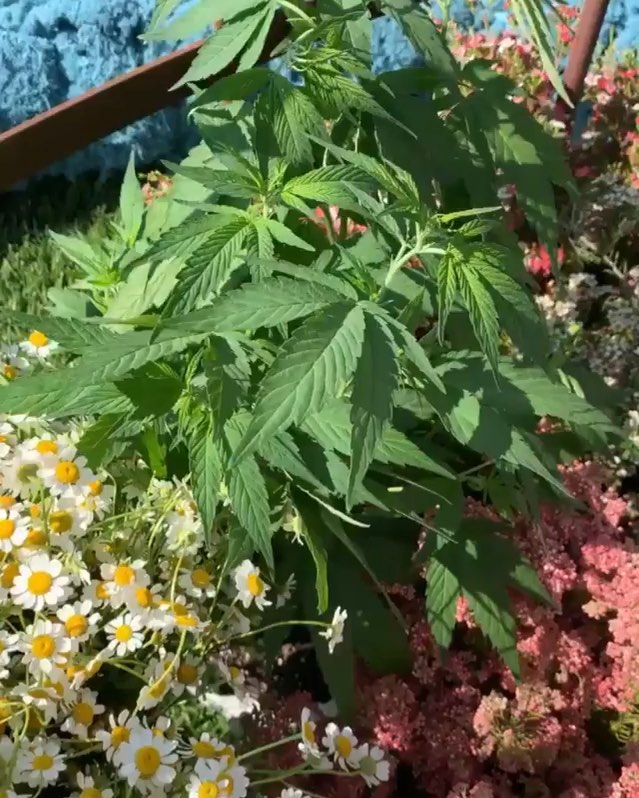