Every Story Totally Worth Reading on BellaNaija Weddings This Week

Opemipo and Opemipo, yes, they have the same name. We don’t think it is a coincidence but a pure work of fate. They call their love story – Keke love. We are sure you can guess how they met already. Now, these two are die-hard fans of Game of Thrones and as fate happened, they got married the day the final season premiered. But before the big day, they decided to include a few elements of the show in their pre-wedding shoot.

This beautiful couple also emerged the winner of the Wed Expo Dream Wedding. The bride and groom shared their love story.

Read all about as you scroll through. Enjoy! 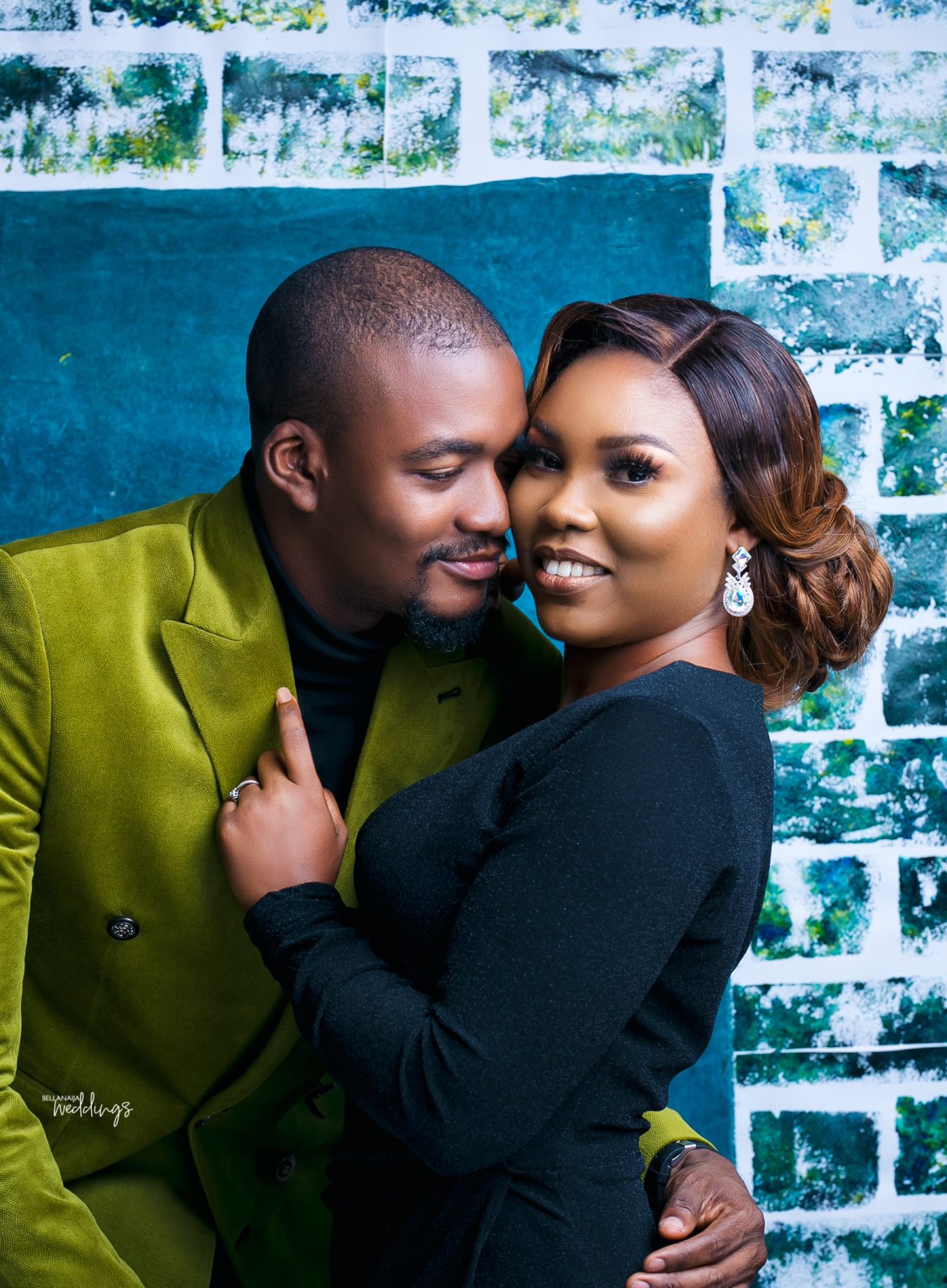 How We Met
By the groom, Opemipo:

We call our love story, Keke love. I was heading home from work one fine evening in October 2015 when I suddenly noticed there was a lady beside me in the Keke. Her face was lit up by the glare of her screen as she read blogs on her phone and I noticed two things: Dang, she’s pretty; and she had a whole lot of opened tabs. I couldn’t summon the courage to take her attention from what she was reading but as God will have it we got down at the same stop. 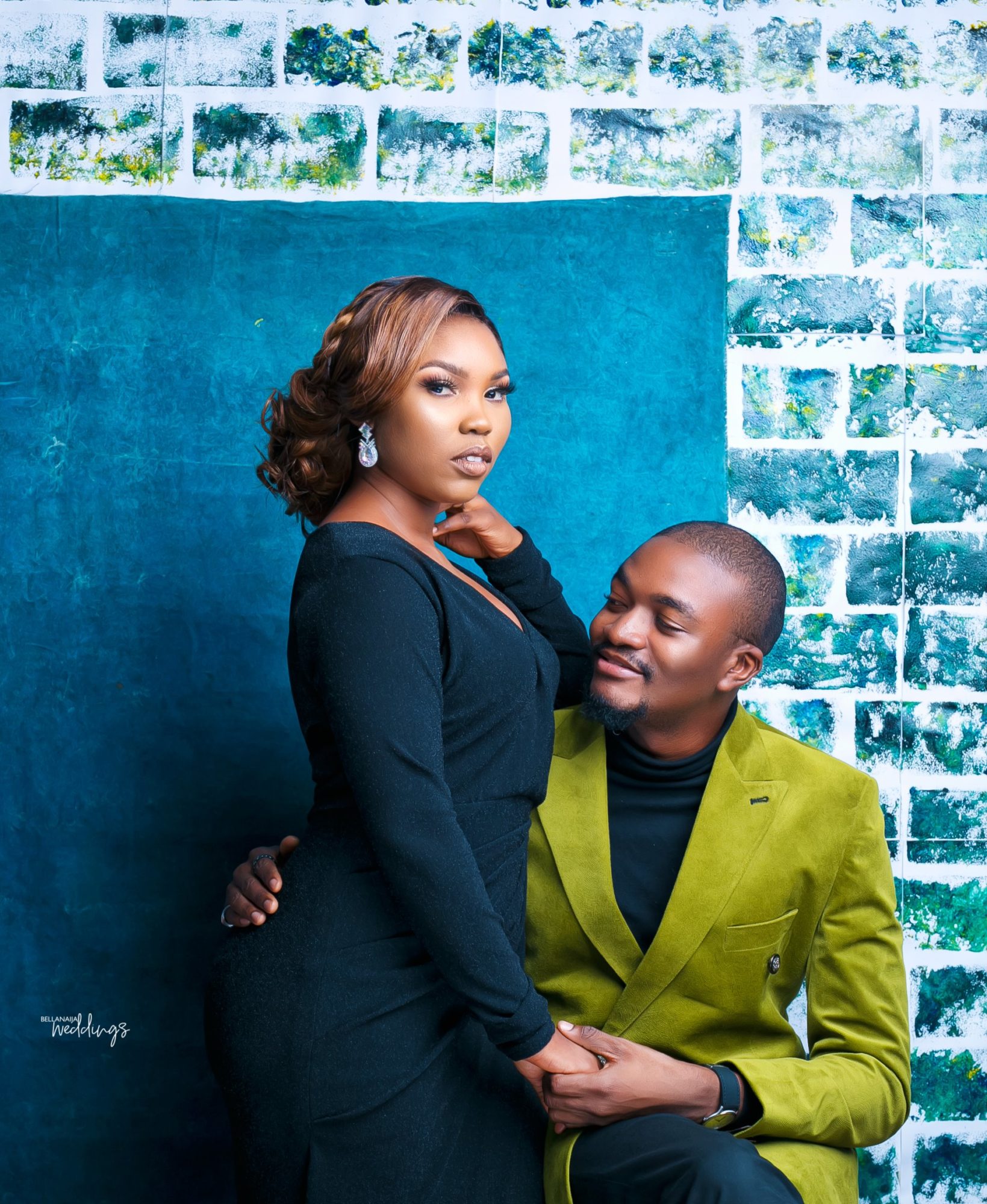 It took me a couple of seconds to get the nerve to walk up to her and all I could say was, “Hello, my name is Ope. How do you do?” To which she responded, “Hi, my name is Ope too. But I bet your name isn’t Opemipo” and I replied, “My name actually is Opemipo.” We made small talk about the coincidence and exchanged numbers but I made sure to call her that night just to “see if she got home safely”. After that fateful night, it’s safe to say we became fast phone friends with occasional visits to her house until sometime in January when I asked her out on our first date: to a charity concert for the Federal Nigeria Society for the Blind. 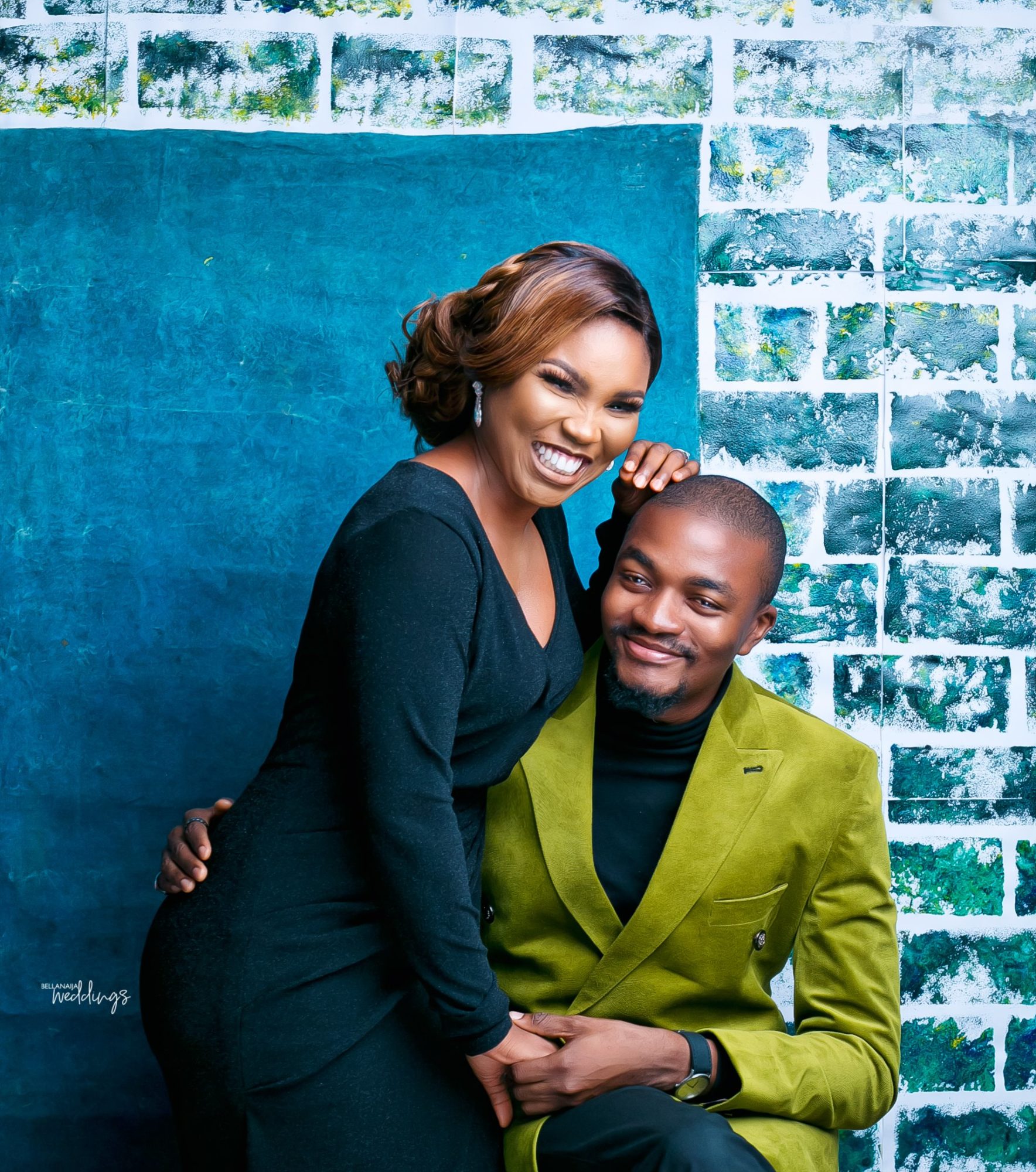 The First Date
By the bride, Opemipo

She wore a black and white dress with a cute peach flower in her hair that made her look so beautiful but what took my breath away was her outpouring of emotion when faced with people who were disadvantaged. She spent a lot of the evening in tears as we listened to choirs of visually impaired children. She just couldn’t control her emotions as she saw the kids singing with gusto. That empathy, love and raw emotion are the hallmarks of Opemipo as anyone who knows her can testify and they have kept us going all these years. Also, saying “I love you Opemipo is self-love and who doesn’t want some of that.” 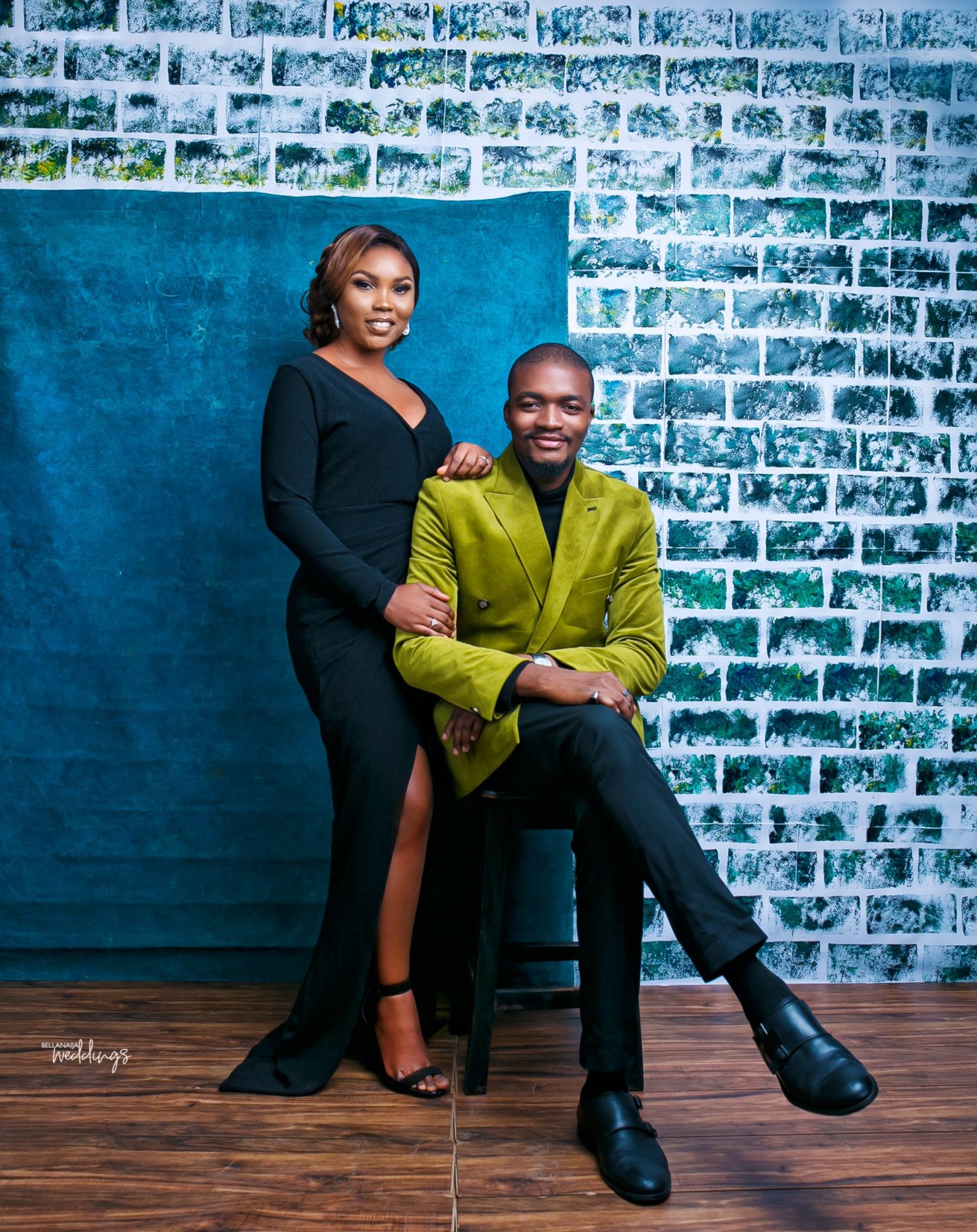 How We Met
By the bride, Opemipo

I was on my way from work on a blessed day in October 2015. I boarded a Keke and as usual, was reading juicy stories on all the blogs from my phone. Upon alighting at my stop, a young man walked towards me. He said hi “my name is Ope” in the sweetest British accent that caught my attention. I responded with a surprised face and said My name is Ope too, but I bet you can’t be Opemipo. He smiled and said my name is Opemipo. (That was the first time I met someone bearing Opemipo). I thought he was joking, but we laughed about it and we exchanged numbers. 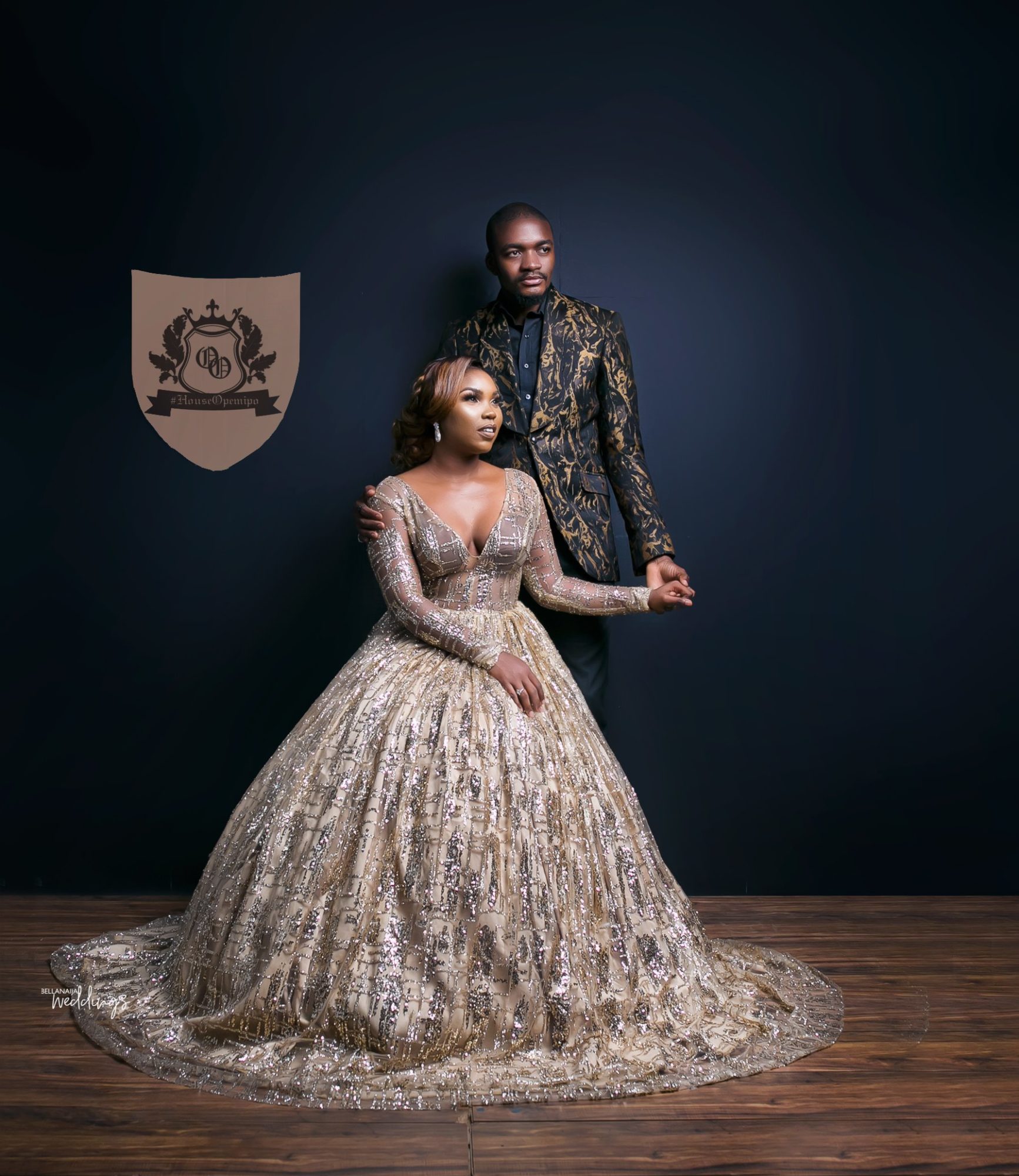 We spoke that night and he told me about how he just moved to the area and doesn’t know anyone and why he moved back to Nigeria. The next day he came to my house in the evening and it became a routine of us gisting outside my gate. It was not love at first sight for me, because to be honest, he wasn’t my kind of guy. He didn’t have a moustache and the kind of swag l liked. But something was different about him. He was open, caring and very honest. I like straight forward people and he amazes me every time. The days I worked on Saturdays, he will send uber rides to pick me up and he just kept surprising me each passing day. 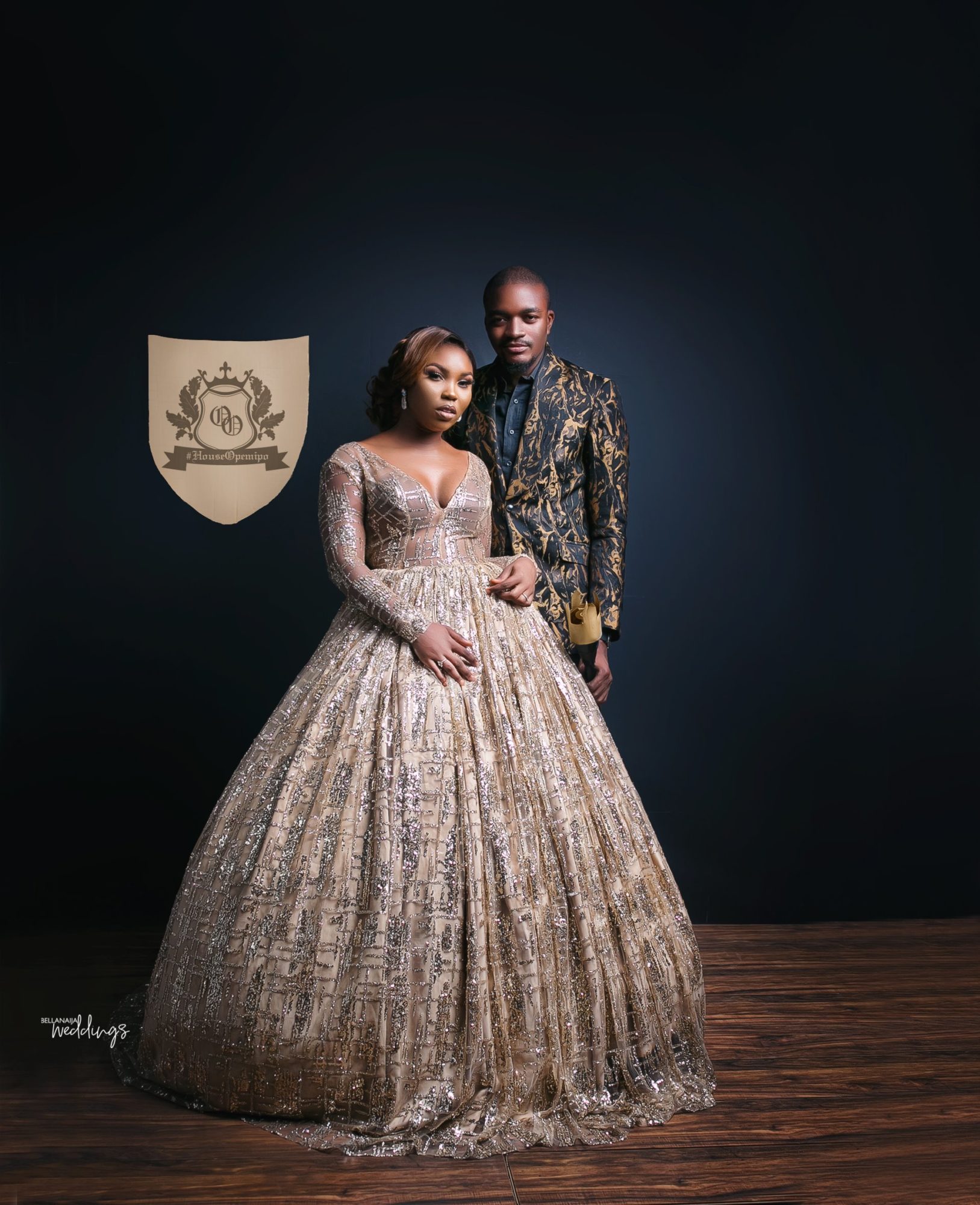 He asked me to be his girlfriend in March 2016, the first time I went to his house and I remembered he made a special spaghetti meal for me( I wonder what it is with guys and spag). I didn’t give him a direct answer because I wasn’t sure if I loved him but I knew, I really did like him so I decided to give it a try and to say the least it has been an amazing journey. When we fight, we have a happy place where we talk it out and resolve the issues. As time passed, we grew academically and financially. He makes me a better version of myself. 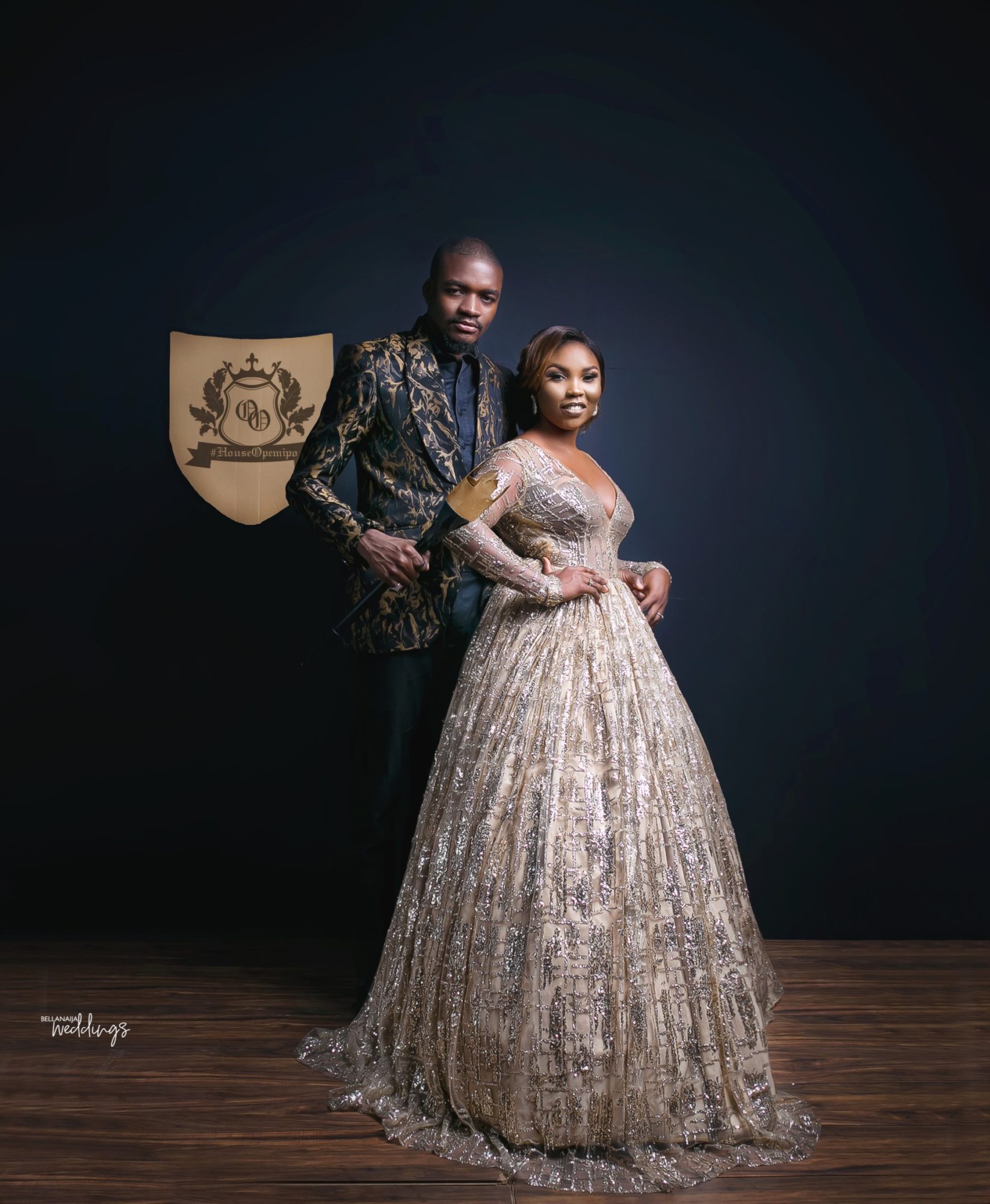 Our Proposal Story
By the bride, Opemipo

In 2018, we started talking about getting married and he even asked me to pick the rings I liked. I knew it was going to happen soon, but I didn’t know how. In June 2018 that same year, his parents came to visit and they called that we should have dinner. I went into their house first and after greeting them, they led me into the house and I saw flowers on the floor, his sister was playing the violin (This was the first time I was meeting her). When I got to the living room, I saw all my friends. 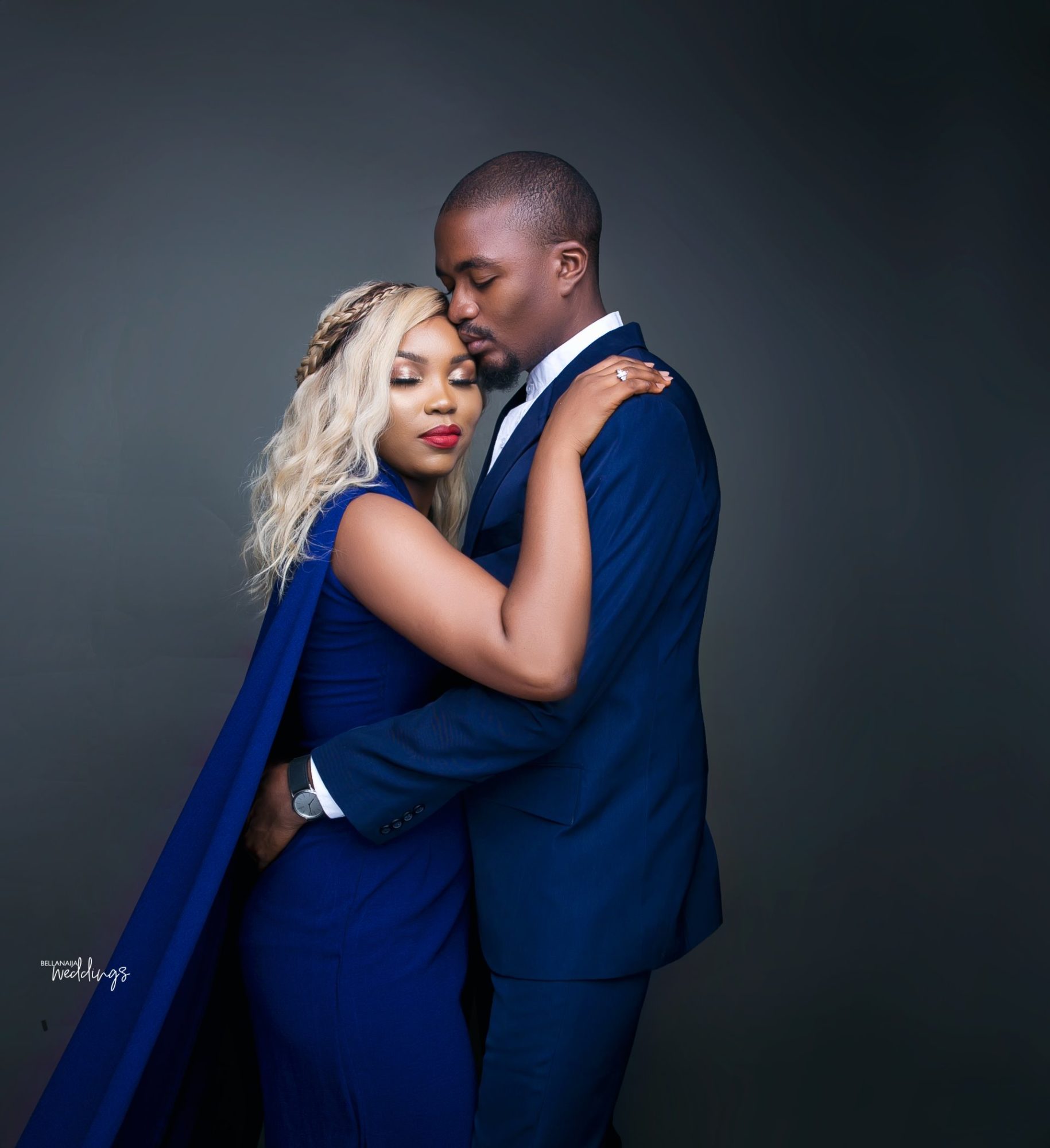 This brought tears to my eyes as I never ever imagined all that he has been planing. I was led to a seat on a chair and each of my family and friends gave me a card to read. (This small cards contained our journeys, the fights, why he loves me, and why he wants me to be his wife). This was the sweetest thing ever and I cried my eyes out. He came out, got down on one knee asked me to be his wife and I can’t forget the euphoria I felt that very moment. Later that evening, his mum also gave me a ring she got me. Now I have two rings. 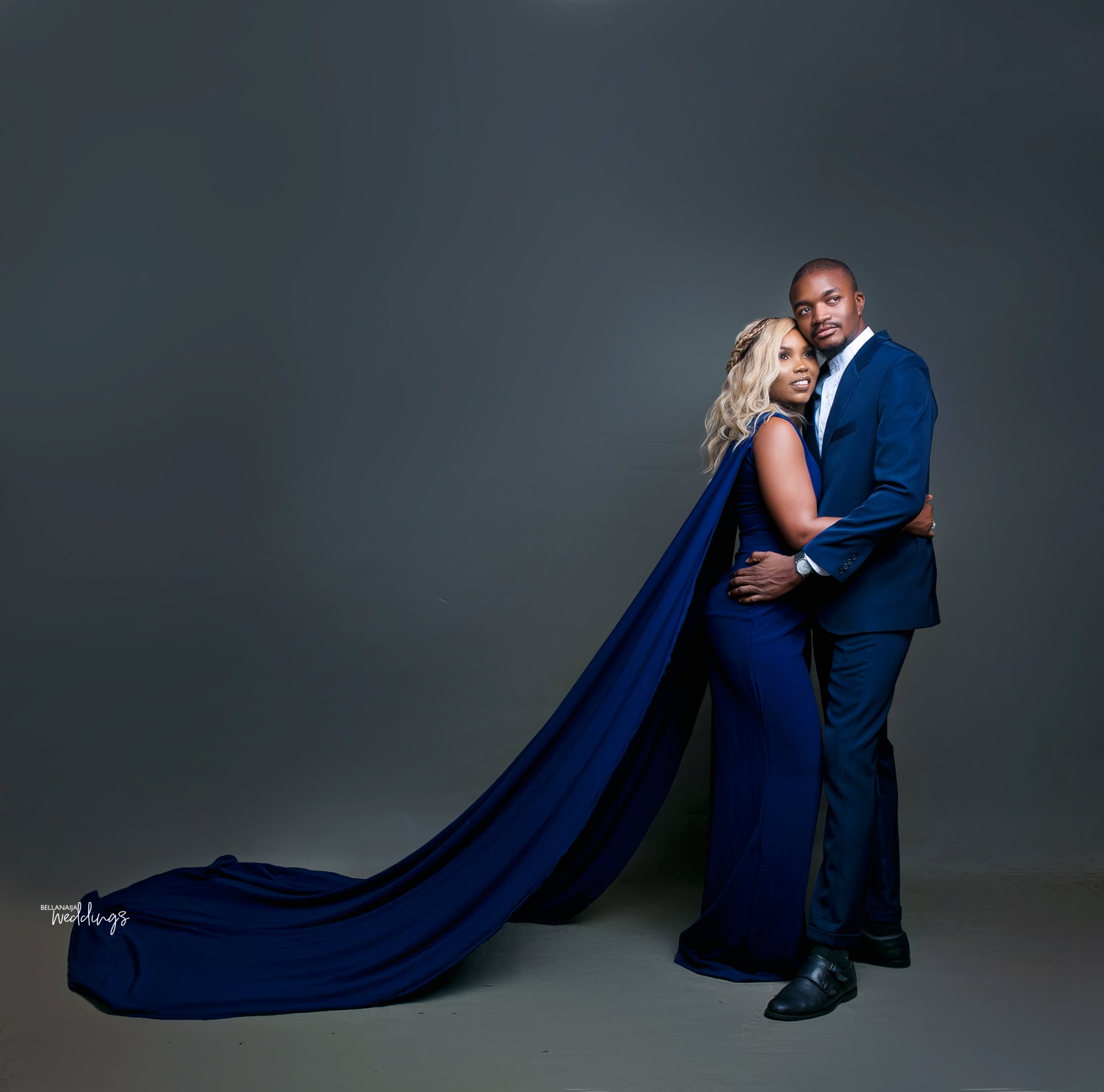 Having Ope in my life has been an overflow of blessings. After we got engaged, a friend of our send us a link to vote for them in a wedding competition by WED Expo, we voted and then thought, wait why not enter for the competition as well. We submitted our application and then sent people links to vote for us too. After a rigorous process, we emerged the winners of the WED Dream Wedding where we’re getting a wedding worth millions of Naira. Just like that, Opewa ti po Si, and I can’t wait to spend the rest of my life with my amazing man! I love you.