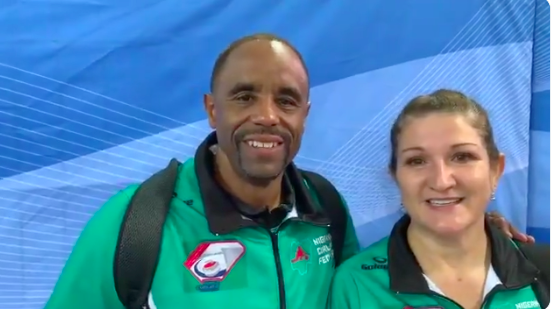 A Nigerian-Canadian couple have won the first ever curling game at a world championship, making Nigeria the first African country to achieve the fear.

“Nigeria we did it for you. I’m over over-the-top happy, elated, excited,” Tijani said.

“All of our hard work has paid off. We did it,” Susana said. 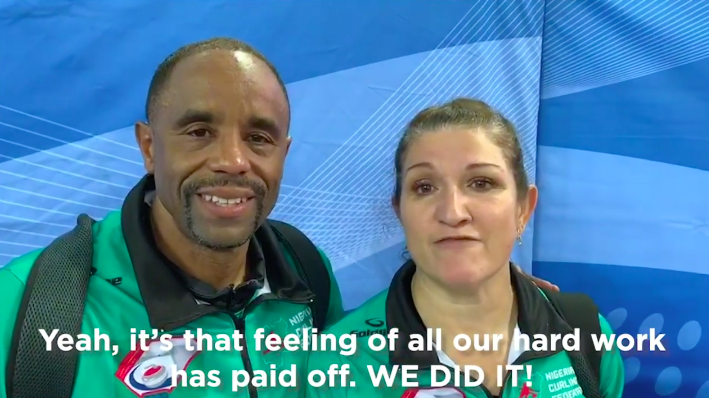 The couple just began curling 3 years ago and they’re looking forward to competing in the Olympics.

Tijani said about their interest for the game: “Watching it on the Olympics over the years was motivating for me and my wife. We’re both athletes and competitors. What a great dream to share this with your best friend, my wife. You go through so many trials and tribulations. It’s been a long journey.”

The couple had suffered defeat playing the game, including a 20-0 loss to the Czech Republic, but that didn’t discourage them.

“To all of my friends in Nigeria and the entire Nigerian Curling Federation, thank you so much,” Tijani said.

“Thank you for believing in us,” Susana said to those who helped them achieve the feat.

The couple were trained by Ellery Robichard, a Canadian curler and coach.

“We have one of the greatest coaches in the world. He knows our temperaments. He knows how to communicate. And he believes in us,” Tijani said about Robichaud.

“Even before the victory we had already won being here,” Susana added.

My interview with Tijani and Susana Cole.

Husband and wife. Curling for Nigeria.

They just got the country’s first curling win ever.

Google “Thanos” and Click on the Gauntlet for Something Special