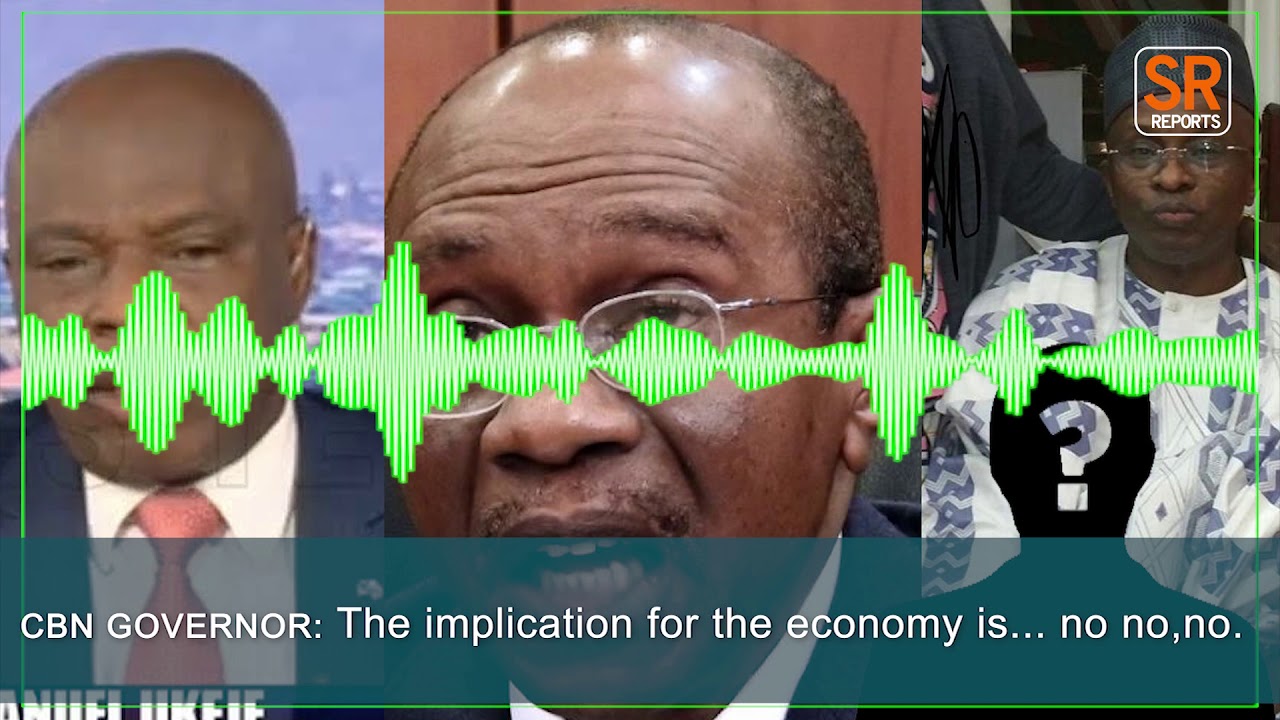 The Central Bank of Nigeria (CBN) has released a statement, in reaction to an audio recording making the rounds on social media.

Sahara Reporters had published two audio clips, alleging that CBN Governor, Godwin Emefiele; his Deputy Edward Lametek Adamu; and the Director for Finance, Dayo M. Arowosegbe including one of the Special Advisers to the CBN Governor, Emmanuel Ukeje stole N500bn from the apex bank and made “a private investment that went bust.”

In the audio clips, Emefiele and the other officials were heard discussing about being in a difficult situation and running into deficit which they said would cause problem in the economy.

“To avoid any serious problem is just, the government to have to agree to give us at least 100 billion cash but the government will not agree.They will kick against it,” Emefiele said in one of the videos.

The CBN governor had also said that Arowosegbe gave him the impression that all was well, but sadly, that was not the case.

“How do I handle this?,” Emefiele said, to which the deputy governor replied “we have to rack our brain and do something out because we can’t afford it at all, not at this time.” Emefiele replies “the implication for the economy is, no no, no. The opposition will say it should have depreciated in the project.

Listen to the audio clips below:

In the CBN statement signed by Director of Communications, Isaac Okorafor, the bank said that “this conversation – the beginnings of which was omitted to create a different impression – was simply to proffer solutions to a misunderstanding that affected the Bank’s balance sheet.”

It added that no money is missing from the bank’s coffers.

The statement said that the Bank provided about N650 billion in loans at 9% with a two-year grace period to 35 States of the Federation.

In closing the Bank’s 2018 accounts, external auditors in their Draft Account, erroneously classified about N150 billion of these loans as bad, which negatively affected the Bank’s Balance Sheet and shareholders fund. The selective conversation being circulated was simply a discussion to ascertain why the auditors took that position and next steps to resolving it. Obviously, it soon became clear that a State Government loan cannot be classified as “bad” or “irrecoverable” when the State still exists and getting FAAC allocations. The Bank then reached out to the Federal Ministry of Finance and they jointly gave comfort to the auditors who accepted in writing that these monies would be repaid. On this basis, the auditors reversed the negative entry and the certified that the CBN’s 2018 accounts were a true reflection of the State of Affairs. Reconciliation of Balance Sheet items are regular conversations amongst Senior Management of many agencies and should not be misconstrued as anything but that.