Here’s how the Housemates are holding up after the Eviction of Isilomo and Avala.

It’s indeed a special morning in the Big Brother House today. It’s a second week and a lot has happened so far. But thank God the animosity over Coins palaver is gone and all the Housemates have now started on a clean slate. But hey, there’s a little tough talk between two Housemates earlier today.

Just as all the Housemates are beginning to overcome the shock of the news of the eviction of two of their own, Thelma and Ella entered into a war of words this morning. When Thelma said that she was ashamed of all the BBNaija ladies for leaving the ablution area in a bad state, Ella got angry and that led to an exchange between the duo. 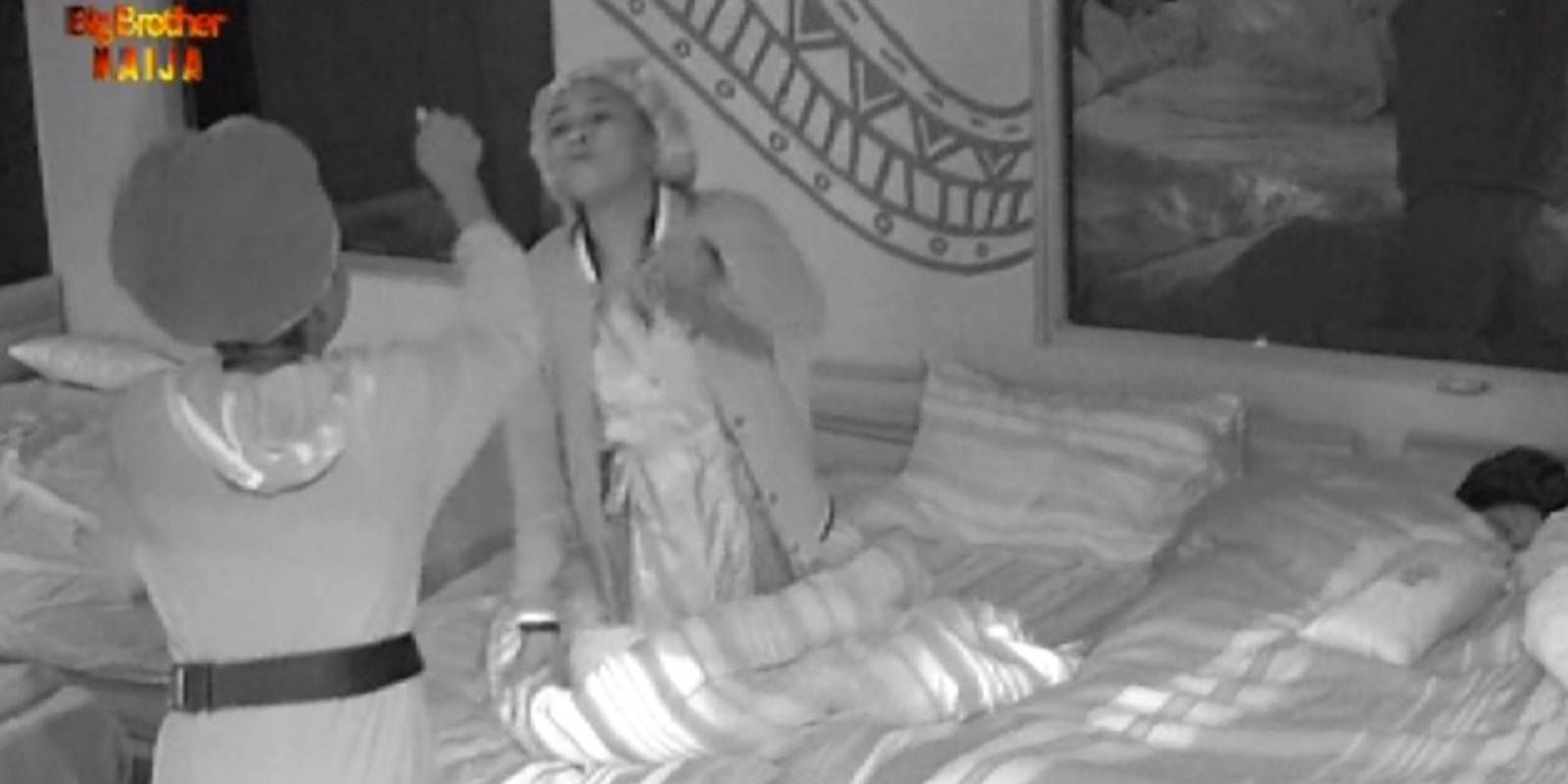 Let’s face it, it can be hard losing people you’ve already started to get along with. We’re talking about how easy it’s going to be on the Housemates to let go of their memories of the two energetic and lively Housemates Biggie sent packing over their failure to win the Eviction Show Marble Challenge. For winning only 2 and 3 marbles respectively, Isilomo and Avala had to go. So we have 19 Housemates left and our desire to get really spiced up by them is still intact.

Now that Isilomo and Avala are out of the Game, we’re waiting to see how much of their efforts in the House will be missed. Will Frodd still remember Isilomo’s warm embrace? Will Avala’s dance steps at the Saturday Party be ever forgotten? Well, let’s see what the House gets down on in the absence of the two Evicted Housemates.

This morning the Pepper Dem Housemates worked out as they always do. We saw Seyi reeling out instructions to the Housemates. You know, keeping fit is a routine the Housemates really need, especially for the Tasks and the Games. Instructor Seyi, well done! Here’s another surprise from Biggie: the Morning exercise happened at the Arena today instead of the usual venue. What more stunts should we expect from Biggie? 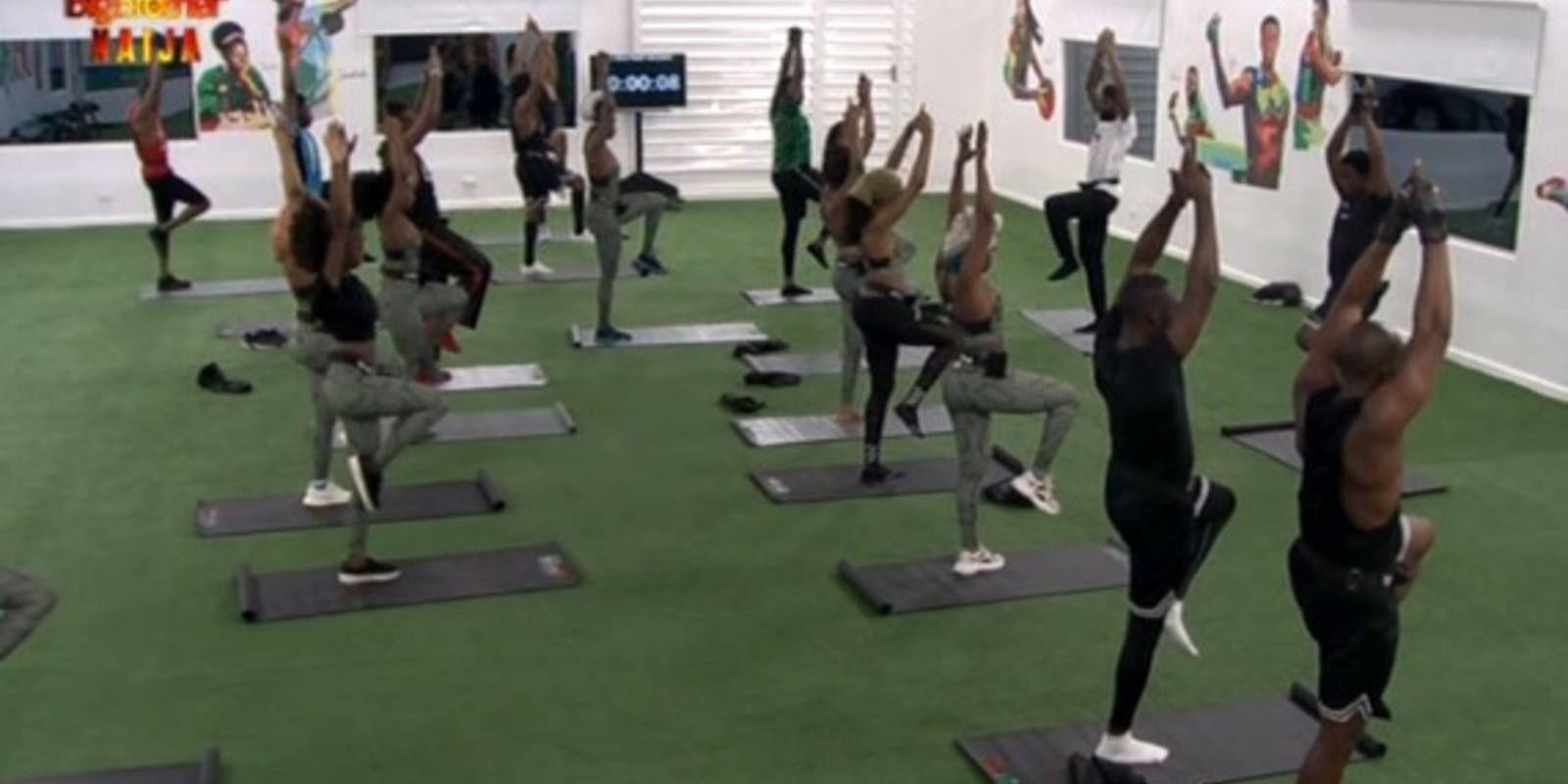 As we bid Isilomo and Avala good luck in their endeavours outside Biggie’s House, we still are hungry for lots of hot spices from the remaining Housemates.

After a rigorous peg and button Task, Nelson emerges the new HoH.

The HoH for week two in Biggie’s House has emerged – and it’s Nelson.

An attractive position that empowers the holder with a special Badge, a whopping 250 Bet9ja Coins and a luxurious Head of House bedroom to which he could invite one person among fellow Housemates to enjoy with him. In addition, he is also privileged to sit on a special HoH chair.

To enjoy all of these luxuries, this lofty position has to be earned. To become the HoH, the Housemates were tasked to fetch as many buttons as possible from a bucket of water using the pegs provided. Each button must be placed in the plate provided.

But here’s the twist: a new peg must be used to pick the different buttons each time. On top of that, inside of the bucket was slippery. And the Housemates must use only one hand, while the other hand is folded behind their back. All of these must be done within 120 seconds for the first round. 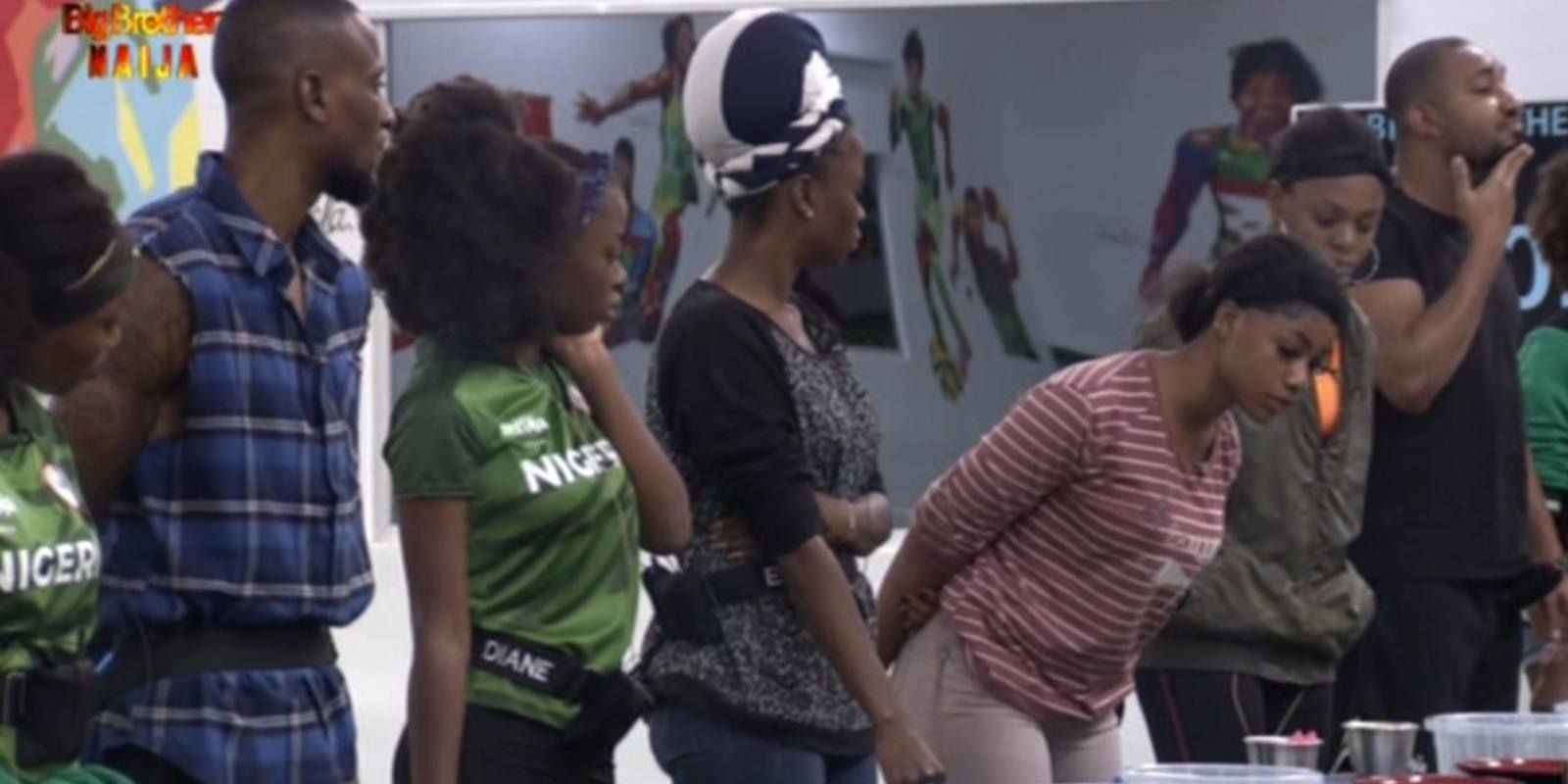 The first four finalists, Mercy, Nelson and Ike got 11 buttons except for Khafi who only got 8. Another round saw Mercy opting out of the Game with the lowest buttons, with Nelson and Ike having 16 each. Interesting, isn’t it? At last, Nelson beat Ike with 14 buttons to 13. Thus, Nelson emerges the new HoH. Congrats, Nelson! And good luck on your HoH title. 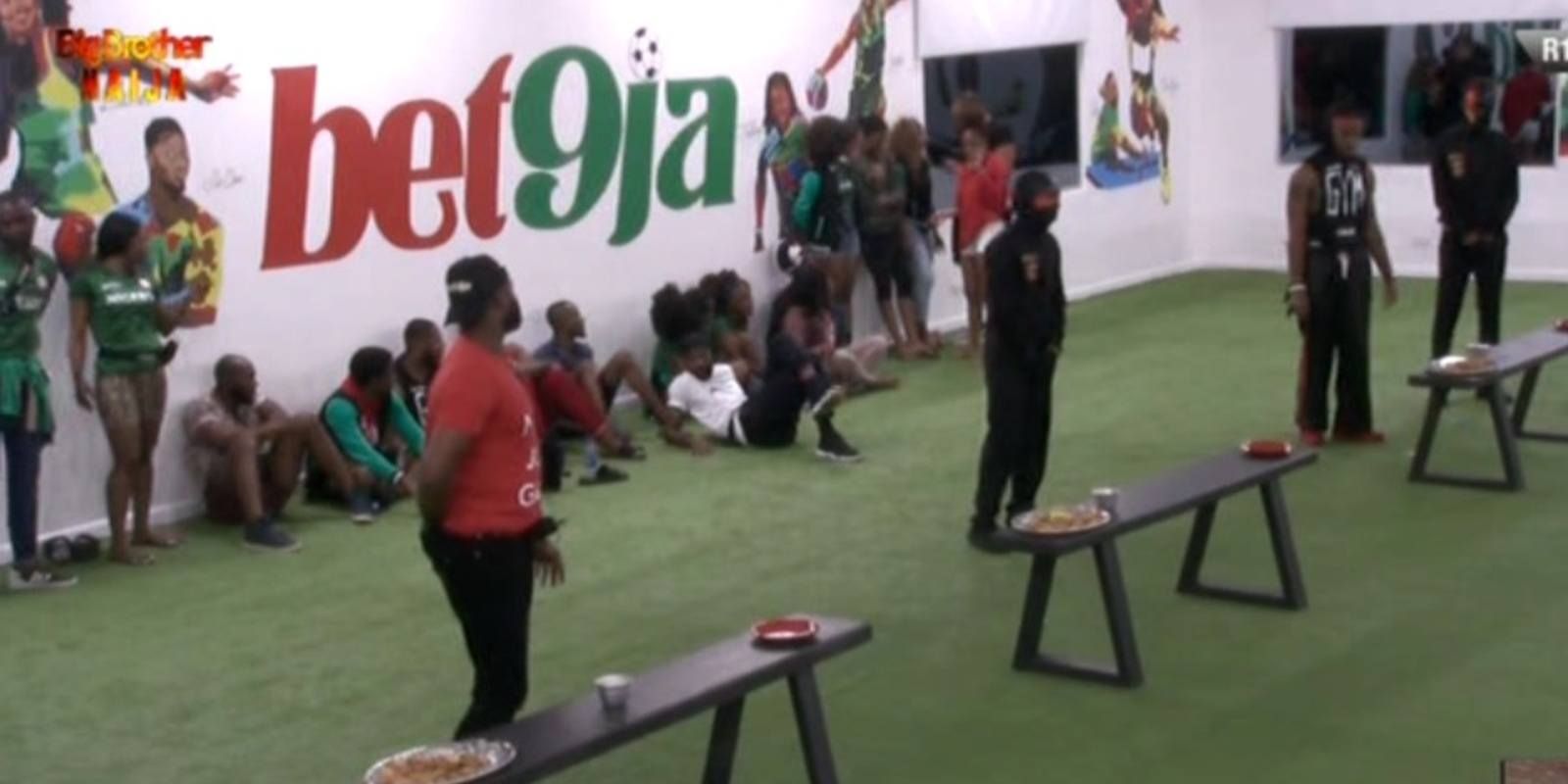 Now that Nelson has emerged the HoH, we hope to see what he is going to do differently from the former HoH Jeff. Fingers crossed. 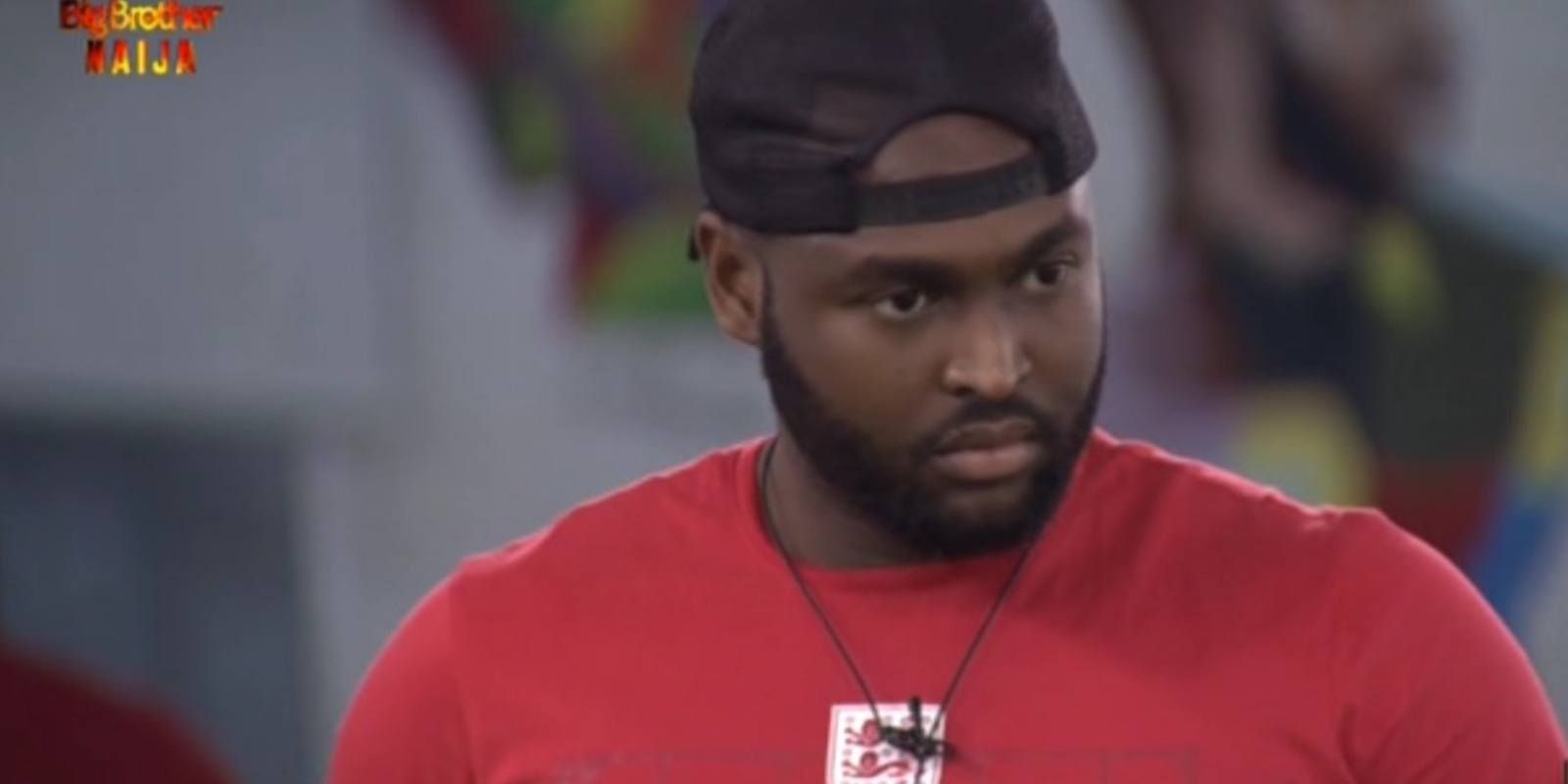 Leading on the list of Housemates Nominated was Tacha with a record of Eight Nominations. Coming second was Ella with Seven Nominations.

See how Each of the Nominated Housemates ranked

Thanks to becoming the Veto Power Holder, Frodd saved himself from Eviction and within 20 seconds replaced himself with a surprised Mercy. With Frodd out of the list, the rest of the Housemates, Tacha, Ella, Kimoprah, Sir Dee and Mercy are up for possible Eviction.

Voting officially opened tonight and viewers can now Vote for their favourite Housemates to stay in the House. This Nomination will test the strength of the fan base of each of the Housemates up for Eviction. How loyal are their fans? Will they be able to keep them in the House. We will find out.

Watch the Housemates make their Nominations

Housemates provide reasons for the Eviction Nominations they made. 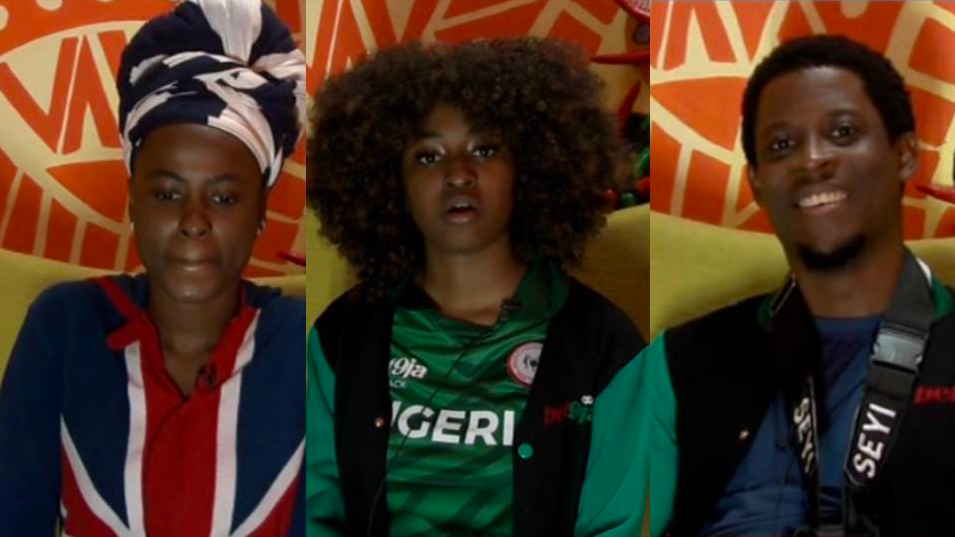 Shortly after Nominating their fellow Housemates up for Eviction, each of the Housemates made their way into the Diary Room to share their thoughts on the choices they made.

A lot of mixed feelings in the House as Gedoni, Seyi, Mike, Diane and other Housemates that weren’t put up for Eviction expressed relief at the thought of not going home. The mood was a bit different for the recently Nominated Housemates although they tried to put up a brave front with Ella and Tacha reiterating they were fine in spite of being up for Eviction.

In response to why they selected the Housemates, they put up for Eviction, Nelson who was recently made the Head of House said he made his Nominations because he couldn’t stand liars and shady personalities and that’s why he put up Ella and Gedoni. Diane felt Kimoprah was manipulative and she saw Tacha as a strong contender. A general consensus during the Diary Room Session was that the Housemates mostly went for the Housemates they saw as top contenders and threats.

Faced with the question of the one Housemate would like to see leave the House this Sunday, majority of the Housemates stuck with the choice of Housemates they Nominated for Eviction. Kimoprah and Esther picked Tacha. Tuoyo, Seyi and Nelson picked Ella.

With this Nomination, the relationship dynamics in the House looks set to change. Nelson attested to this saying, “it’s going to stir up people and there will be bad blood.” According to Kimoprah, the Nomination exercise will affect a lot of things and people will also see each other as a threat. Seyi also affirmed that it was going to take a toll on the Housemates, but it will be each Housemate’s to bear.

After their toys were seized, the Housemates explored interesting ways to entertain each other

Beyond Nominations that seemed to be the highlight of the day, we explore the rest of our Housemates day.

Say Goodbye to Your Toys

If there’s one thing the Pepper Dem Gang know how to do well, it’s creating games and turning unusual items like bottle covers to toys. In a strict twist, Biggie decided to raid the House and confiscate all their toys. What started off as an order for the Housemates to Freeze ended with Ninjas thoroughly raiding the House and taking every play object the Housemates had while they remained still.

The Art of Storytelling

Nothing beats good old harmless late night banters especially when you don’t have toys anymore and the Housemates rode that horse into the early morning.

Determined to keep the conversation going, the Housemates reminisced on how they initiated the relationship with the loves of their lives. Seyi held sway as he narrated the escapades of the rumoured ‘Yoruba Demon’ he claimed he wasn’t. Later joined by Omashola, Tuoyo, Jeff and Frodd, the story quickly moved to that of heartbreaks. Are the Housemates letting their guards down as they explore fond moments through their stories or it’s just another strategy to get each other to be at ease as they plan their next line of attack?