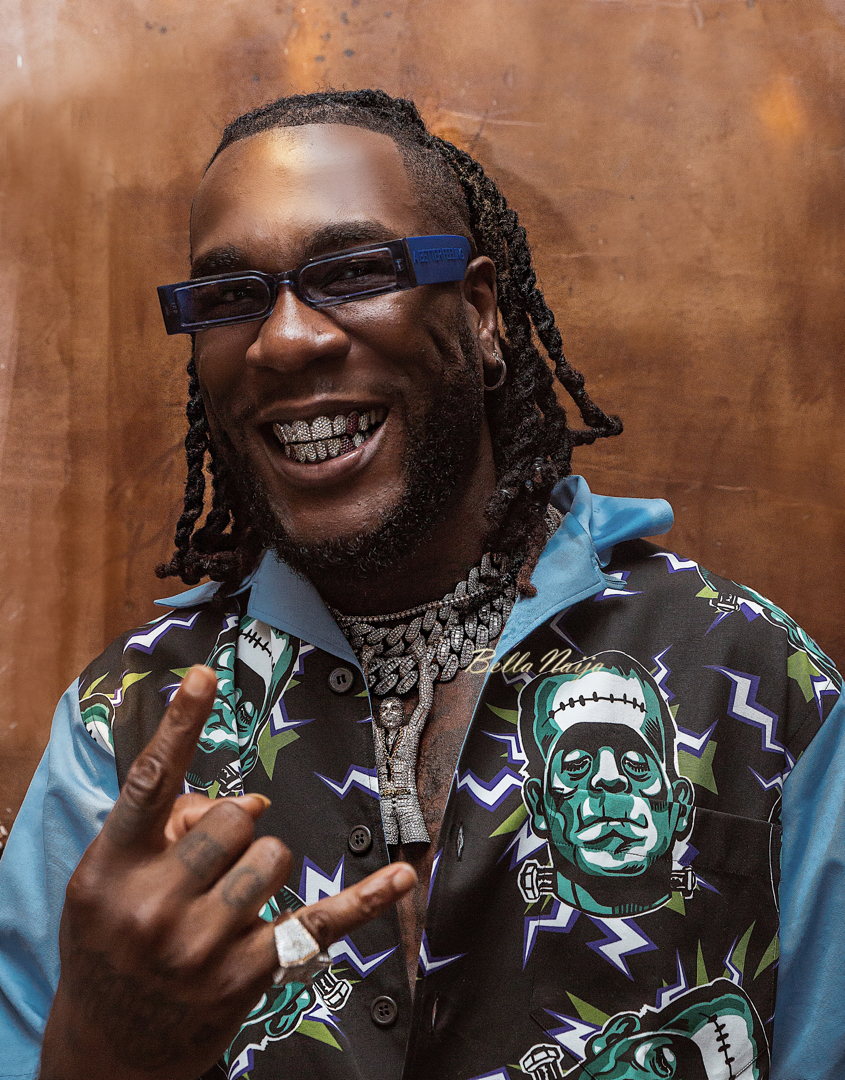 This week own na mix bag. Some of the worst things happened, but it was some people’s best week of their lives. That’s how life is sha. Let’s get right down to it!

6 Shiites, Precious Owolabi, & a Deputy Commission of Police Die in a Peaceful Protest

It’s the kind of thing that happens in Nigeria, people dying in a peaceful protest.

The Shiites, as usual, had been protesting the continued detainment of their leader Ibrahim El-Zakzaky in Abuja. The protesters claimed the officers attacked them. a source claimed the protesters threw petrol bombs. The DCP was allegedly shot when he was pacifying the protesters, but photos show the back of his head as the entry point of the bullet. Precious Owolabi, a corps member serving with Channels Television was “hit by bullets.”

What’s important to note is that so many died, and nothing has been done to prevent more deaths. El-Zakzaky is still being detained. The Shiites will continue to protest. Probably, security officials will continue to open fire on them.

Some people really believed that Shiites shot a police man on Monday.

They meant Shiites on that day, about a thousand of them, went with only one gun and one bullet. They shot only the Late DCP.

Please, if you must smoke weed, smoke the ones with NAFDAC No.

Okay this is Wuse Market environ. Monday it was Federal Sceretariat, Tuesday it was BANEX, today it is Wuse Market. This SHIITES folks ain’t backing out anytime soon @OgbeniDipo @segalink @Omojuwa pic.twitter.com/zTcsfl6vXL

As an Abuja resident & a stake holder in ds Country, I am asking President Buhari, Shiites & the Police to please take their fight outside Abuja.

I was just one bullet away today at Bannex.I can not be a victim of Buhari’s proxy war i know nothing about.

Question that’s has no answer…. Who killed deputy commissioner of police… Is the shiite protesters with guns. #Nigerians #Shiites pic.twitter.com/M3Se0Z1Z5y

If you’re a defender of civil liberties, you’ll know that the Shiites are the most delightful set of protesters to lead on a street protest: orderly, peaceful, courageous and organized. I’ve marched twice with them pic.twitter.com/TOumWUxMQ7

A young journalist on his first job killed by a stray bullet in the stomach – while covering a small protest in Nigeria’s capital. Precious Owolabi could have been any of us. Whoever shot that bullet has to be held responsible. This announcement by his colleagues is too sad. https://t.co/UR5Q8WK2qe

May the soul of Precious Owolabi rest in peace. May God console his family and comfort his friends. That could have been anyone, including any of our family members or friends who work around the 3 arms zone and environs in Abuja. Such a needless death. Resolve this madness now.

Do you want to be a minister of the giant of Africa, the great nation Nigeria with its good people? It’s easy! Here’s how!

Campaign aggressively for the incumbent president who runs for a second term. You don’t have to have a great track record or be a technocrat like the country needs—who cares? All you need to do is help defeat your brother in your state elections. Or you can either be an outgoing state governor who helps the president win your state by a margin of 10,000 votes. Or you might have even been been writing press releases and fighting haters on Twitter. That’s perfectly all right. Next thing, you’re a minister! See? Easy.

Let’s see what the people have to say:

They’ve turned ministerial appointment to governors’ retirement scheme. These same people that failed their states for about 8 years have been appointed to fail the nation for d next 4. Sorry 4 Nigeria!!! #MinisterialList

Someone said Ambode didn’t get the cut off mark that’s why his name is missing on the list. #MinisterialList pic.twitter.com/d982Fw7dy9

This one is about to shoot Buhari for not including him in the Ministerial list???? pic.twitter.com/OUWwbzyZvi

Moments ago, the Director General of the Buhari Osinbajo Campaign Organisation and former Minister of Transportation successfully went through Senate screening.
Congrats Mr. Minister. Nigerians are with you pic.twitter.com/EzJT6s3QJ7

Now that it has happened it seems inevitable: Boris Johnson is the top man in the UK. What a world we live in.

Sure, he’s not exactly True. His politics are nowhere near severe. Still, we’ve heard him being islamophobic, racist and homophobic at different times. Except, when it suited his politics, he’s also been against those things.

Boris Johnson has voted for everything he’s on about reversing, he voted for police cuts, he shut fire stations in London ffs, he’s a fucking snake oil salesman, he is a past master at encouraging working people to vote against their interests, hence #Brexit WAKE fucking up.

Wow . Good on him! ‘Boris Johnson added ‘Minister for the Union’ to his official job title to signal his seriousness about keeping the United Kingdom together’

Prime Minister Johnson is greeted by anti-Brexit protests and chants as he arrives to meet police in Birmingham https://t.co/TmokapXvfN pic.twitter.com/Omrj69IYUH

Just a reminder of what Britain Trump said about American Trump before he was contractually obliged to stick his nose up American Trump’s Trumper. #NotMyPM pic.twitter.com/n4uwZOG2Vi

I voted Tory for 40 years. Now I am ashamed of what they have done. Lib/Dems here I come. #NotMyPM https://t.co/4aElyc9qiy

Boris Johnson with all the people that voted for him #NotMyPM pic.twitter.com/rOyV6D1Sr1

Hands up if you think this small, unripe apple would make a better Prime Minister than Boris Johnson. #NotMyPM pic.twitter.com/dgUp6zwAAL

Omo, Burna Boy had what was probably the greatest week of his life.

With the shine on appearing on Beyoncé‘s album last week still present, the singer performed on American TV show “Jimmy Kimmel Live.” The he released a mad single, “Pull Up.” But the absolute best thing to happen was the release of his new album, “African Giant.” Goes without saying that the album is an absolute jam.

We’re absolutely delighted for him, and so is everyone else.

We recently had @burnaboy stop by our office to learn about everything we do here at the #RecordingAcademy! pic.twitter.com/kWSzM4nBsI

@burnaboy all over yankee, that’s how you do it. #AfricanGiant true true pic.twitter.com/K4nPoQRIKb

Thank you @burnaboy for tha feel good music this morning and a lil world history lesson too. #AfricanGiant out now ?

“No be for here dem born Jesus”
“My country problem pass Jesus”
“Because na we be our own problem” pic.twitter.com/3uZHSJubXB

Boko Haram on Wednesday released a video showing six aid workers with Action Against Hunger they had abducted. In the video, one of the aid workers, who identified herself as Grace appealed to the federal government and the Christian Association of Nigeria (CAN) to assist in securing her release. She’s the only Christian among the six, she revealed, and the last Christian captured by the sect, Leah Sharibu, had died, she said.

It’s funny, how most people had little to say about the six women now in captivity. All attention was on Leah’s reported death.

The presidency released a statement saying their attention has been called to the video, and contact is being made. Whatever that is supposed to mean.

Let’s not do this please. There is a place for the criticism of religious fanaticism and how we use it as a crutch for Nigeria’s bedeviling ills. Leah Sharibu’s refusal to recant her faith is not the place for this. She died because evil terrorists killed her.

The exalted cowardice used to blame Leah Sharibu is the cowardice that keeps a lot of us quiet in the face of injustice or evil for the fear of losing out social standing or even our livelihoods. It is why evil persists.

CAN (Christian Association of Nigeria) all of a sudden remember #LeahSharibu

I hopethey remember when they dined and wined with the President.

I hope they asked him about her every single time.

109 were Muslims
1 was a Christian

109 got released
1 was left behind

Leah Sharibu was failed by her government and typically they will mourn her albeit she prevailed in her faith and so we rejoice!#Christian_Persecution #Jesus-is-Lord pic.twitter.com/db7CbFLlc9

Leah Sharibu. The only child left behind. Left behind cos of her faith. Left behind to be tortured by the knowledge that she’ll probably die cos her govt couldn’t be bothered to rescue her or negotiate for her release like they did the others.

This one really hurts. Seeing Chinedu Obi on the ground begging in a pool of his own blood while Nigerians curse him and record it all numbs the brain. And all because he broke windshields. Somehow, that’s justification for taking his life. People are heartless oo.

I’m one of those who tell my mates and others that “Nigeria will get better”, “Don’t travel out” etc..
But this saddens my heart. It really pierces deep.
This is someone I know, gunned down by @PoliceNG in sango area and he was left to bleed to death.#justiceforchinedu pic.twitter.com/wYCX0mbvB6

He was destroying your cars
Now there is enough money to pay for the damages
We just need one thing from you
Give me back my twin
I will pay for every damage
I can grant you your request Nigeria police but can you grant me mine?#justiceforchinedu

All parties to this murder must be arrested and jailed for good if not get their own death sentence. This is barbaric and a brazen abuse of power. #EndImpunity #JusticeForChinedu https://t.co/dUeNBXks4O

That’s your brother. That’s your best friend. That’s someone’s son. That’s YOUR son. Bleeding to death. On the ground. Like a common fowl. And you bastards stood there. Watched and filmed it for Instgram. #justiceforChinedu pic.twitter.com/OY1L4S0qIH

Chinedu was no killer.
He was no thief.
He was no murderer!
He was no kidnapper.
Young, vibrant lively boy.
All he did was fight for himself!
All he did was confront the bastards while detained him unjustly!
He was shot & left to die in the pool of his blood.#justiceforchinedu https://t.co/4tPNcHWYJ5

How can you be so callous? He broke windscreens?! And so fuck what? How much is a fucking windscreen? 20k? Let’s say 25k. Let’s say he even broke 20 of them. 450k. Is that enough reason for him to die? #justiceForChinedu

And that’s all for this week. May we continue to find the fortitude to bear the reality of living in Nigeria. Have a great weekend!

Here’s why Cassper Nyovest Wishes He was Nigerian