'Fúnmilọ́lá Sanya: This is How I Will Live 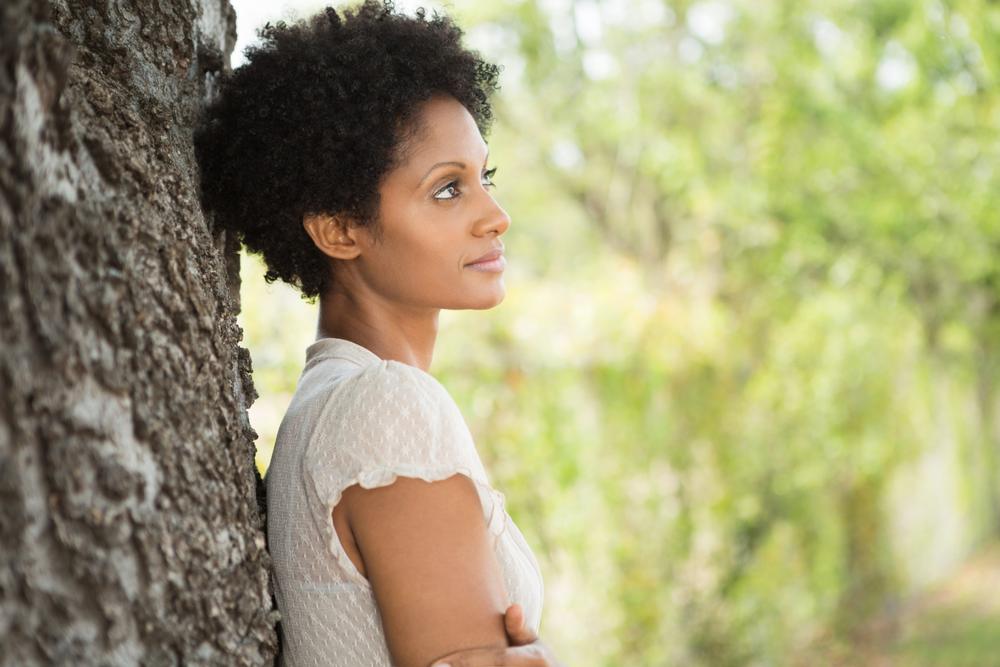 You see, watching news was a rule my dad indirectly imposed on me, “you must know what’s going on in your polity,” he used to say. So it was easy for me to tell which newscaster was Eugenia Abu, Cyril Stober, Benemesia Opia or Fatima Abass Hassan. I knew their names and faces by heart; I took pride in the joy and knowledge it gave. Silly, I know. Of these names and faces, Fatima Hassan was one I reckoned with. Her confidence and smile could warm the hardest heart. Perhaps it was the way she said the news with all grace and sincerity, even though I could tell that the Federal government was lying. Perhaps it was her voice; soothingly beautiful and clear, each word pronounced with intent, and pleasing to the ears it was. And as long as NEPA allowed, I watched these people every day and it made me more resolute to be like them. I can’t believe she still cast the news.

But I developed cold feet.

You see, my mama has always said it was bad to cram and this was what I thought: that they crammed the news and just come on TV to spill. I imagined it was one of the reasons they went on commercial breaks. It was frightening; my heart ramming hard against my ribs whenever I thought of how I needed to stuff the whole news in my head and just pour them out like a running tap. It was a lot of words that could induce headache and I imagined having to use Panadol Extra if I ever became a newscaster.

I never knew there was a thing called “Teleprompter”.

The dream died before it drew breath.

I then moved on to wanting to be a tennis player – the Serena Williams type. It’s not like I had any idea of how the game was played. I still don’t know how it is. You wouldn’t believe what attracted me: it was the way she screamed when she served, or maybe when she hit the ball hard or scored. My dad would shout “Tennis! Tennis!” while thumping his fist in the air. How beautiful it is to watch her play; those big strong arms and thighs, glistening gloriously with sweat under the beautiful sun that complimented her brown skin. I imagined raising my medals and awards while the crowd screamed and cheered. But I got scared still: how would I develop those muscles?

Okay, modeling won’t be a bad idea, I thought. Whenever I read the phrase “heads held high”, It quickened my imagination; I imagined myself strutting down the runway in penciled heels, my waist moving at the rhythm of my legs as it softly thumped the floor, but again, this girl is vertically challenged.
At different phases of my life, I wanted to be different things…

Years later after secondary school, I fell in love with geography. It was exciting wanting to know and read about earthquakes, volcanoes and planets amongst a lot of other interesting topics. Then, I got admitted into the University to study Statistics. Who was I to say no after a very long time of waiting and a lot of prayers offered for admission?

So for four years, I learned in confusion, wrapped up in fear. Each course taken was a prerequisite to another course, strapped to the back like a baby. Lectures were nothing to look forward to; tests and exams became frightful. I got A’s and B’s in courses that had more words than calculations. They became prayer points and kept me awake at night. It was chaotic – me knowing I’m stuck here and there’s no way of escape. At several times, depression got more familiar.

And then Words found me.

She came at various times and in different forms: peace, frustrations, kindness, tears, confusion, love. Most times she was very unsettling.

She found me seated in the class with a very blank look on my face, staring at the lecturer and scribbling words at the back of my notebook instead of formulas.

She found me in the tutorial class I joined to avoid carryovers, having conversations in my mind – conversations I pushed into the abyss of my soul.

She found me in Church during sermons; me looking at the preacher’s mouth and disagreeing with many of his words.

Yes, she found me in arguments with Ben, Seyi, Raphael and DD about books we’ve read, about Politics, Feminism, and Spiritual matters.

But mostly she came at night, trying to compete with my sleep.

It was choking – this feeling like a heartbreak. She would keep me up, reminding me she’s here to stay. And we would have conversations – more like negotiations, the way the government does with workers on strike. “See ba, just write me down and I will give you rest”, “I can’t, I don’t know how to start” I persisted with pleas.

But she wouldn’t budge and she choked me harder, inhibiting stillness – till I couldn’t breathe.

Peace came when I wrote. Love came when I read aloud in church, in front of the congregation. When the Pastor asked “Funmilola, what are you doing in statistics?” I stuttered.

I am now in the learning phase. Time seems to move so fast and I’m scared of losing out. Sometimes I freak out. There’s so much to learn, so many books and articles to read, songs to dance to, many words to write, still got people to tell about Jesus. Shebi they say it’s not over until the fat lady sings… well, I’m not waiting for the fat lady to sing.

I’m presently learning to give life to these words in my head. There is also this fear of who will read them? I’m editing myself, watering the ground to make the grass greener, taking all the rides and chances that come my way; trying to make use of time and living the life my Ẹlẹ́dàá willed for me.

I want to call this space home; where the echoes of failures are no longer loud and fading away. This gangan, I will learn, and sway my waist to its beats from my wrists – with loud laughter bubbling in the innermost parts of my belly.

These online courses will be taken. I will meet great people and I will get a good job. I will live and love daringly, and always in remembrance that I’m not where I used to be.

This is how I will live.

I pray life is kind and gracious to me, that it indulges me with my wishes. I pray that it fills my cup with love and kindness to the brim, that it runs over and radiates to humankind.

May I not be silent and defined by the words of others. May my voice be amplified with faith, hope and love. May I never run out empathy. May my self-doubts and shame be buried. May renewed confidences arise. May my legs be strengthened to walk through the murky waters of life. And in the midst of it all, may my intuition be fueled with grace and light to direct my heart towards all that is good and destined for me.

Joy Ilozue: How to Achieve the Perfect Work-Life Balance as a Working Parent

Temi Olajide: The Business of Parenting