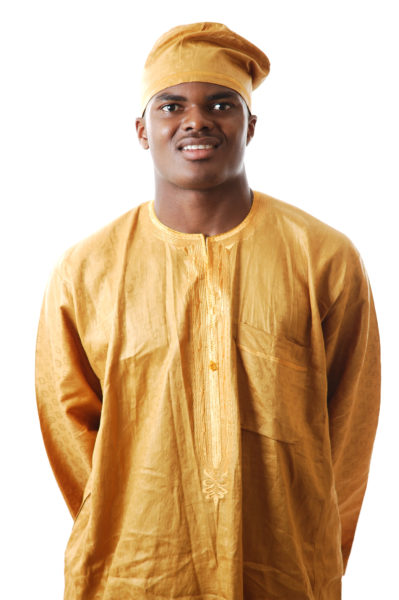 After many years of being colleagues and friends, my pal, Henry (let him be that for purpose of this write-up only, and to protect his identity because he begged me to) revealed to me unsolicited, that his village name is Ijare. I also didn’t ask, but he was kind enough to tell me that. loosely translated, the name means “fighting or war made us friends.”

Henry’s revelation got me thinking – wouldn’t it be nice if we had a National Answer Your Village Name Day? And since we are here, let me say that I did my research and found out there’s none. So, I am here and now advocating one.

Since everything under the sun has a day now, and Mother’s and Father’s Days are even celebrated multiple times in a year in Nigeria (I personally get very confused just when to put up my parents’ picture as DP), I believe that assigning one whole day, in celebration of something as important and exciting (but still intrusive) as letting people reveal and indulge in their embarrassing (for some) and exotic (for others) full village name is a course worth championing.

On this very special day, when people are free to divulge and be called by their village names, after it has been approved by the federal government (upon detailed explanation to the president in a language he understands) and approved by the National Assembly, there would only be one condition.

Nigerians must not shorten their village names. Every citizen of Nigeria must be called by his or her full tribal name. If you are Yoruba, Igbo, Hausa, Ijaw, Calabar or Idoma, no matter the tribe you’re from, we want to know in full, that name that tells the story surrounding the circumstances of your birth.

And we want the full village name. All the Oluwadamilaraotuns and Oyindamolas in the building, it’s not Lara or Dami. No, the law wouldn’t accept that. For the Chukwuemekas and Amarachukwus, please it won’t be Emmy or Mara. If your name is Mohammed or Mustapha, it can’t be Mo or Musti. It must be your full name or you’re sanctioned.  And for my friend who is Ayi, Ayi everywhere, we need to hear you proudly introduce yourself as, Ayibatolumokumodigha (she’s Ijaw, by the way).

Also, it is important if your name is flat-out Mary or John or something as basic as that, to remember not to claim that you don’t have a village name. The village name police will come for you! I’ve got a lot on my mind right now so I can’t think of what exactly would be your punishment, so I welcome suggestions from readers. Or maybe we should just wait until the Bill gets to the legislators for review and passage. Gbajabiamila would surely know what to do.

To set the ball rolling and to demonstrate my commitment to the actualisation of this day, I will be revealing mine. My village name is – on second thought, why let the cat out of the bag just yet. I’ll wait until the day has been legislated into existence before making my big reveal.

But just so that my advocacy for the day is taken seriously and gets the support of the general public, let me show you how much fun it would be when we begin to hear the full village names of some of our favourite people.

You know Timi Dakolo; what if he reveals to us that his village or yard name is actually Timilayefadiegbegha Dakolo? And Tonto Dike; what if we find out on that day, that her SSCE certificate actually carries Ararumakatochi, and that is what by her house people call her? Even that actor that is Ramsey Noah on movie posters could be Tokunbo for real (oh, you guys know that already?). And Innocent Idibia is actually Ocholuje Idibia to his mother? We would only find that out on National Answer Your Village Name Day.

There would be lots of surprises on that day, and the surprises would be fun. But the day would not be all about the fun alone. It would be a day of celebrating our language, our heritage,  our culture. Something a lot of us would agree is going extinct.

It would remind us to stay proud of our full tribal names, and not try to anglicise them. Who knows, one day we could meet a Caucasian lady in Sweden named Bukola, or an Asian dude in Japan called Ikechukwu. Why should we be the ones christening our children Cody and Gisselle all the time? Three out of every five girls on our university campuses is called Natasha or Nicole and I don’t have any statistics to back this up.

Please guys, let’s support this. We need this day. I propose March 28 so it coincides with my birthday. A little selfishness don’t hurt nobody. But I guess you’d say that all this sermonising, coming from a guy called Michael is rich, and you wouldn’t be wrong!

So over to you Henry ‘Ijare’ Akomolafe – and YOU, are you with me on this one?

#JusticeForJemima: An Open Letter to the Nigerian Minister of Health