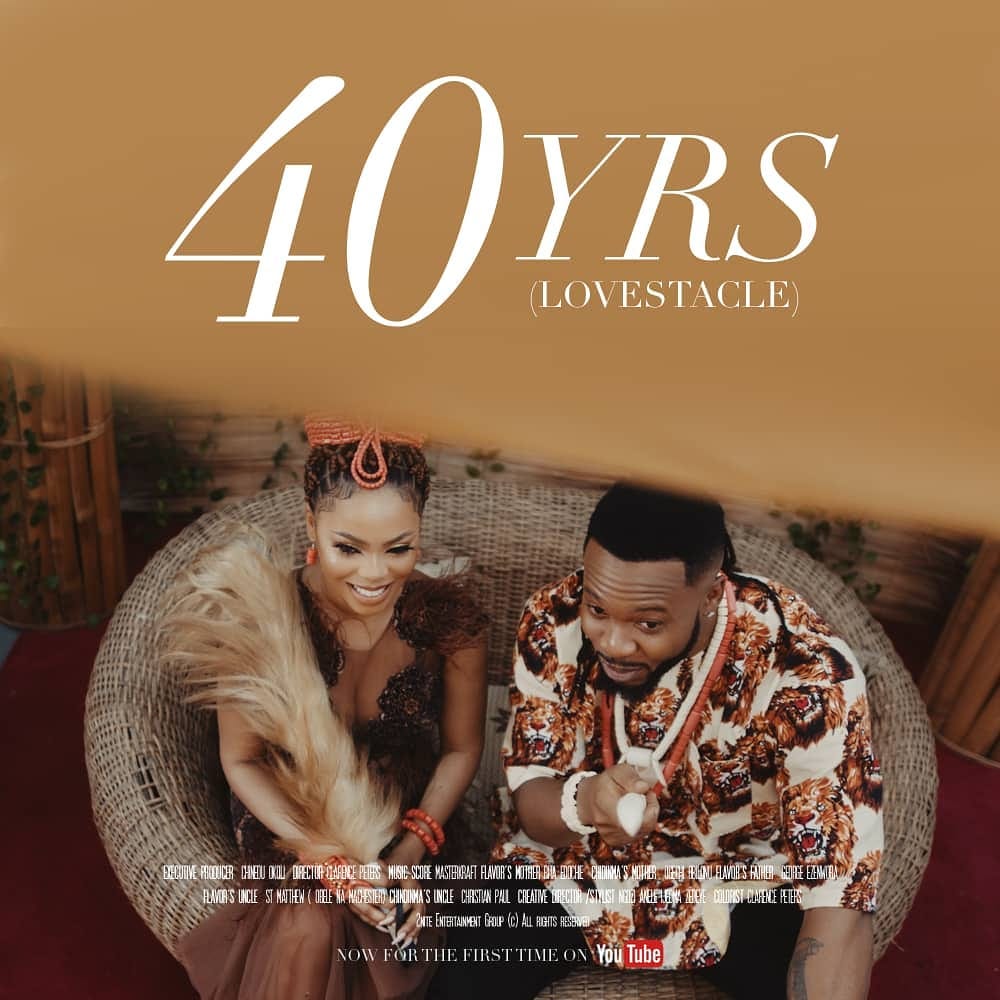 Chidinma and Flavour come through with a new short film titled, “40yrs Lovestacle” which is inspired by their collaborative album “40 Yrs Everlasting”.

The film captures the beauty of love and unity, and also details the marriage tradition in the Igbo culture.

“40yrs Lovestacle” is directed by Clarence A. Peters.

Toby Nwazor: These 3 Movies Prove that 2019 Is the Year of Women