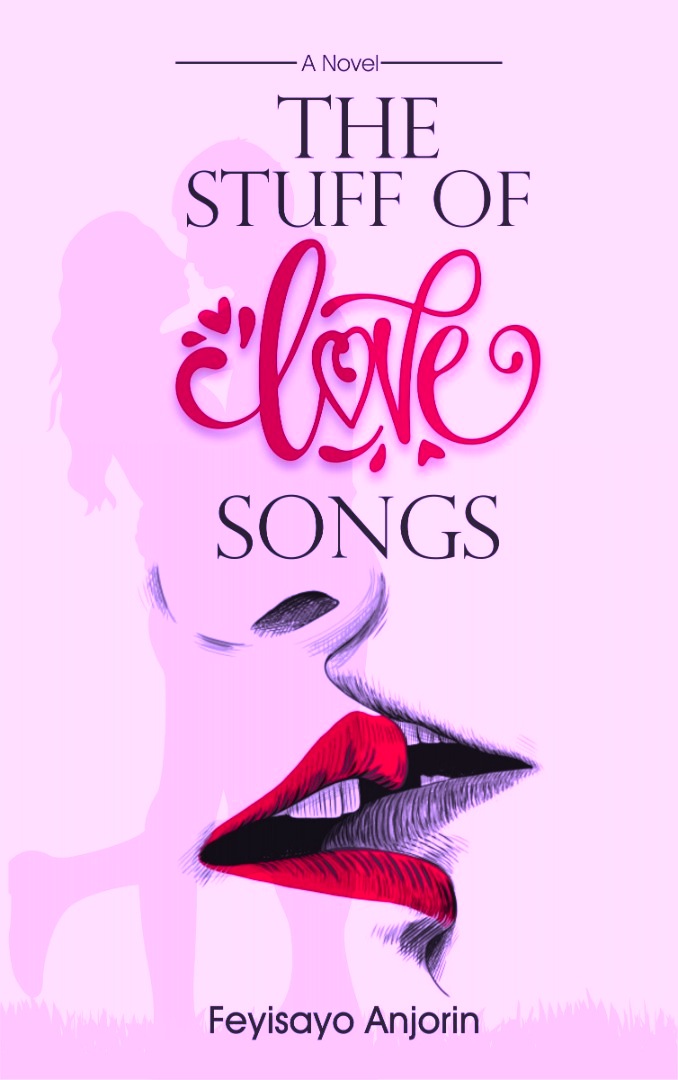 Bridget and Taye Cole were having a laugh at the table under the bright yellow lights at the rooftop restaurant when I got to the table; but immediately my friend noticed my presence she stood up to hug me, and Taye, in white long-sleeved shirt whose sleeves he had rolled to his elbows, and a navy blue trouser, stood up to shake my hand.

Bridget wore a figure-hugging black sequin armless gown and white pearl necklace. It was the first time I would see purple plum lipstick on her.

“Bola, it’s a pleasure to meet you. Bridget has told me a lot about you.”
“It’s a pleasure to meet you too. Bridget has showed us like a hundred pictures of you. I kind of think I know you already.”
“Bridget, you’ve been hyping me to your friends.”
“Guilty as charged.” She said with her teeth out.
“Please sit.” Taye said to me, waving at one of the two empty seats on the four-seat roundtable. “Bridget and I were just talking about the day you guys saw many vehicles making sudden swift turns along the highway. You were like the fifteenth car on the stretch, and when you were opportune to ask the first guy to make the sudden turn he said he turned because he left something at home and had to speed back to go get it.”
“It was absolutely hilarious.” I said. “And these monkey-see-monkey-do folks were just all making a turn because they thought there was a traffic diversion.”
“That day taught me a very vital life lesson.” Bridget said. “Don’t just follow.”
“I bet most people know that. At least the theory of it. It’s just the city life that makes us chase things blindly because we feel if we don’t pick up speed, others might get there before us. By the way, Bola, you look ravishing.”
“Thank you. Your girlfriend made the dress.”
Taye turned to Bridget. “You don’t mean it.”
“She did.”
Bridget was now smiling like a shy teenager. “You guys are making me feel like a celebrity.”
“How did you get the time to make such a beautiful outfit?” Taye asked, his eyes on her, looking genuinely impressed. “If you were not so honey-voiced on radio I would have advised that you resign and start a fashion house.”
“Please, don’t make me swell and burst with your praises.”

Taye snapped at a waiter who was on standby near the table. “Time to take our orders.” He said in a singsong way that made him sound a bit like Tolu did when he told me about the LLU surprise.

Taye would be in town for a week. The pastor of a mega church who was in town from Port Harcourt as a guest speaker of an entrepreneurship conference had Tayo’s service for his private jet.

Taye has only been in Akure twice before this visit. The first time was before he started dating Bridget. The second time, which was four months ago, he landed at the Akure airport and took a helicopter flight to the Smoking Hills golf course where he was with Bridget for three days.

So it was Bridget who did most of the travelling to his Banana Island residence for weekends when time and circumstances permitted it.

“Looks like my friend would be busy in love for the next few days.”
“I hope so.” Taye said, looking at Bridget, as if to confirm this.
“I wish I didn’t have the work load I have at the moment.” Bridget sighed wistfully.
“Oh the 21st century life. Sometimes I wish I had a kind of rare business that would just keep making money even if I decide to take a year off work. I wish the same for my Tolu too.”

Taye took a sip from the glass of Dom Perignon. “We are just dignified, modified, reformed slaves, of capitalism.”
“It is easier for some slaves than others.”
“As it was in the past, so it is now.”
“On a more serious note,” Taye said, “Girls, that fantasy of yours’, which is not exclusive to you two, I mean, I’ve had that kind of dream; that fantasy is a bad one. Love isn’t meant to be two people being with each other most of the time, enjoying pleasures for as long as they want.”
“That would be exhausting.” I said.

“That would lead to a lot of problems that wouldn’t have surfaced if lovers just have a once-in-a-while reunion to look forward to and a brief time of pleasure together that would be like a sort of memory fuel for the next.”
“Absolutely.” I said.

He poured some more wine in Bridget’s glass. “Thank you.” She smiled with a pout.

“So, what about marriage?”
I noticed that Taye and Bridget looked at each other when I mentioned marriage.
“We…em..”
“We are just taking things slow for now.”

I noticed the hint of disapproval on Bridget’s face. “What I mean is, in marriage two people get to spend a lot of time with each other. They probably have to live in the same house, they are practically in each other’s face most of the time. A lot of problems would inevitably come to the surface because of time and mutual demands. Problems that giving each other space could rather aggravate rather than solve.”
Taye nodded. “You are right.”

I nodded at him. “Especially for someone like you who travels a lot and is quite exposed to many beautiful women.”

“You are making me feel more attractive than I actually am.”

I’d only been with Taye for a few hours and I already knew him as a kind of man who is aware of his good looks, and wealth, and intelligence; someone who sees himself as a jewel women would have to reach for with desperation, and do most of the hard work to be with.

Taye shrugged. “Well, some jobs are more important than others.” He said with a poker face.
I stared at him, Bridget stared at him.

“Yes,” He continued. “The job that brings in the megabucks is more important.”
“I’ve never heard anything more condescending in recent times.” I felt like saying.
“I’m just kidding.” Taye said, showing his teeth. “Oops, I could have sworn you guys had bullets in your eyes. The way you were staring at me.”

We drank quietly from our wine glasses for lack of appropriate response.
“Don’t worry Bridget, I’m sure one pilot on this planet has married a radio presenter and they have been able to keep the fire of love burning.”

Taye licked his pink lips and said, “Where there’s a will there’s a way.”

I nodded. “The fact is that lovers are meant to move against all odds to be with each other. That mutual pursuit of each others’ presence is the evidence of love.”
“You are beginning to sound like a relationship guru.”
“I’m being serious. That is how romantic relationships works.”
“Well, whatever works for the lovers.” He said, fixing his eyes on me as if he sees this as a personal attack.
“Yes,” Bridget said. “Each relationship is peculiar.”
“Each relationship is peculiar but no relationship will work if one or both parties are not working hard at it, and if it is just one party doing the hard work the other party should be there backing him or her up, playing cheerleader.”

Taye looked at me with a bored expression. “Being a cheerleader, backing someone up, that is hard work too. Things are meant to move organically in relationships. Trying to force things would just turn the whole affair to a chore.”
“Taye, you didn’t allow your facial hair to move organically, isn’t it? If you did, you will be here looking like Moses. Shaving sometimes seems like a chore, but it is something you have to do to look good.”

He glanced at Bridget. “Your friend here has a way of bringing unrelated stuff together to make a point.”
“My point is, you can say whatever works for lovers; but they still have to be deliberate about what would make things work.”