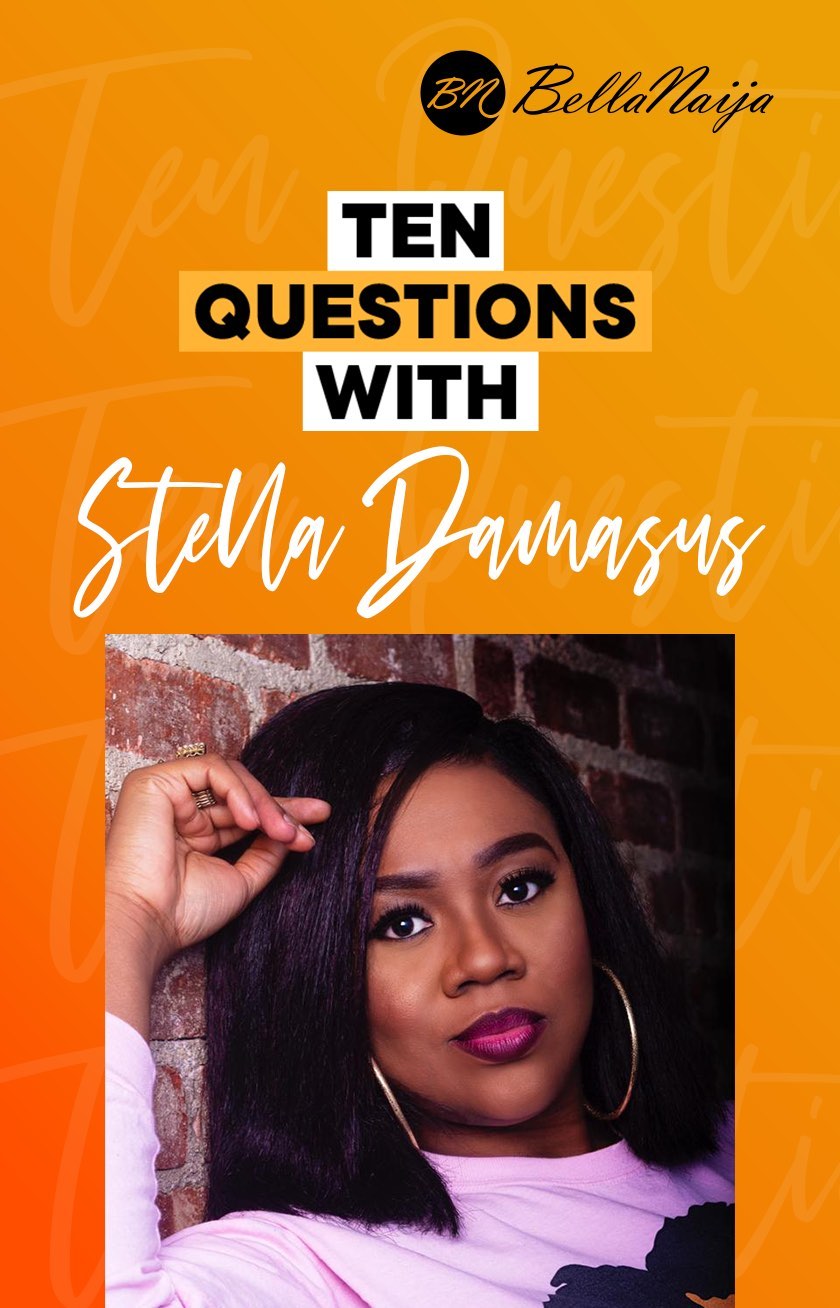 Stella Damasus is back in Nigeria and she paid a quick visit to the BN HQ, and it was absolutely fun speaking with the actress as she answered 10 questions on why she’s in Nigeria, her most challenging role and that one thing that can make her relocate to Nigeria.

She revealed that she’s in Nigeria for four reasons, which are: Holiday, Family, to shoot a new movie and the burial of her mother-in-law.

Talking about the soon-to-be-released movie “Zikora” which was shot for five to six days in Owerri, she said,

…I think its an Iroko movie, produced by Chiemela of Emela Movies, I’ve known him for God knows how many years, and he said to me, “you haven’t done anything in a long time, it will be nice for you to do something for another target audience”, and I read the script and I was like okay cool, let’s do something different for a change, and we filmed for about five to six days in Owerri, and then I came back.

When asked about the positive changes she noticed in the Nollywood industry, she said,

Better scriptwriting, technically our cameras have improved, our cinematography has improved, respect for the actors has improved. People are now looking into managers, agents, contracts, and things like that, meaning that the structure is now getting better. And our cinema movies are awesome, people wanna go to the cinema and pay for Nigerian movies, which means we must be doing something right, you know for everyone to want to see our movies at the cinema. We are growing, a lot has changed, people are beginning to notice us from outside the country and that’s great.

For the fun questions, she revealed that if she wasn’t famous she would be a teacher, if she had superpowers it would be Batman, and one thing that can make her relocate to Nigeria would be… MONEY… PLENTY (Yes, she screamed that out loud).

Watch the exciting interview below.

Watch our interview with Star actress @stelladamasus at @thebnhq where she talks to us about her new project, tips on a good work-life balance, Nollywood and more!