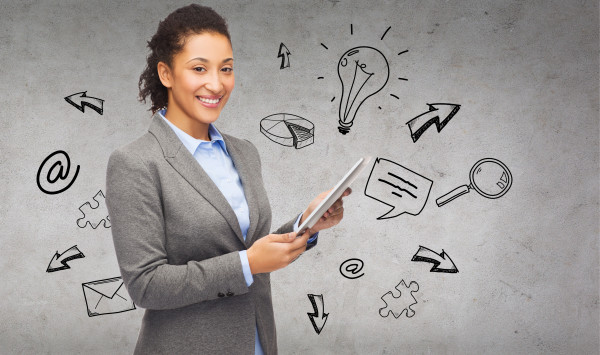 With all the things happening in the world – coronavirus, climate change, the recent bush fires in Australia, crashes here and there, economic meltdown and so on – it is very easy for humans to just want to throw in the towel and give up on the world. You just get tired.

It is a double-tragedy for many Nigerians (and even many Africans).

The lack of development, extremely corrupt politicians, lack of basic amenities, day-light robberies by those in government, the shamelessness with which they lie and the public embarrassment they bring the nation – and continent at large – has made many Nigerians tired.

To preserve what is left of their dignity and mental health, many people have decided to look the other way round when impunity strikes and pretend they are not in this country while praying fervently that the country of their dreams will just grant them a visa. There’s an emotional disconnection between the people and the country and the nonchalance to economic decisions or government policies. There’s this ‘why should we waste our time when they will never listen to us’ attitude many Nigerians have developed over time.

Can we blame them? Perhaps not. But then, what happens when people – who have a voice – keep quiet in the face of impunity? Because let’s face it, those in power do not get tired of embezzling funds or exploiting the people, so why should you get tired of talking and condemning their actions, especially when they clearly affect you? Why should you look the other way or just shrug when ridiculous policies are made?

Yes, we know you’ve talked and talked, but nne, you will still talk some more. Silence is a solid means of communication. Silence, when unfavourable policies are made, means that one, you support the decision made and you are willing to abide by it. Secondly, that you do not support the decision, but then you are still willing to move ahead with it. In short, silence means whatever decision is made is fine by you.

To be honest, it can be very discouraging when Nigerians talk and the government decides to turn a deaf ear and pretend not to notice that SARS is killing off innocent people, the Nigerian Policemen pick people off the street, plant drugs on them and lock them up or that millions of Nigerians are living in abject poverty with no homes, means of survival or even the most basic amenities that every Nigerian should have.

Honestly, in 2020, we shouldn’t be battling with things as basic as water or good roads. Why don’t we have enough power supply for Nigerians? Why is our transportation system still so wack? These issues are just so enormous and while many Nigerians really want to speak up and help, the problems are so overwhelming and bone-crushing.

But you know what? There are many cases where the voices of Nigerians have been heard and unfavourable government policies have been stopped or, at least, halted. For instance, in June 2019, the Federal government of Nigeria commenced the RUGA settlement for Fulani Herdsmen in 11 states. The idea was for states to donate certain portion of their land so the cattle rearers can feed their cattle without disturbing the residents. This was after the clashes that constantly happened between the herdsmen and the farmers in various states – which left many farmers dead and the perpetrators free. Many Nigerians vehemently kicked against the idea and again, Nigerians lent their voices until the Federal Government was forced to halt the idea.

In 2019, the government also introduced the Anti-Social Media Bill and Nigerians again kicked against it. It was first introduced 4 years ago and was rejected by the senate after Nigerians kicked against the bill. Last year, it passed the first and second reading and Nigerians jointly voiced out their disapproval by calling their senators and taking to the street to protest until it was suspended till 2020.

If, in both cases, the voices of Nigerians was potent enough to make the Federal Government and the Senate have a rethink on the policies being introduced, then it is apparent that if Nigerians do not relent in their efforts to reject bad policies, then we can – to an extent – put our government representatives in check.

Not speaking – continuously – against bad policies means that the citizens will suffer in the long run. After a few screams and little tantrums here and there, motorcycles and tricycles are still banned in Lagos and many people are beginning to get used to trekking to their destinations.

Participating in public discourse is not only for those at the top, it is also for your own benefit. When you ensure that proper policies are made and implemented, you enjoy the dividends of good governance. It is also an avenue for you to learn and expand your knowledge. Just the way many people get to learn about career, business, scholarships, feminism, and so on, on social media, it is the same way you enlighten other people about governance when you engage in public discourse and you get enlightened in return. With the reoccurring mistakes Nigerians make in electing and re-electing incompetent leaders, it is obvious that most Nigerians need to learn, unlearn and relearn so many things about governance and this can only be done when everyone engages in public discussions.

We now live in a world where history can easily be changed, those in power lie unabashedly and the government constantly makes it look like they have made the country great when people are languishing in poverty. It is imperative for every citizen to ensure that in the midst of all these, our voices are not stifled.

It is also important, for our own sake, to be fully aware of what is happening in our country – and around the world – make our opinions heard and fight against tyranny and terrible policies when the need arises.