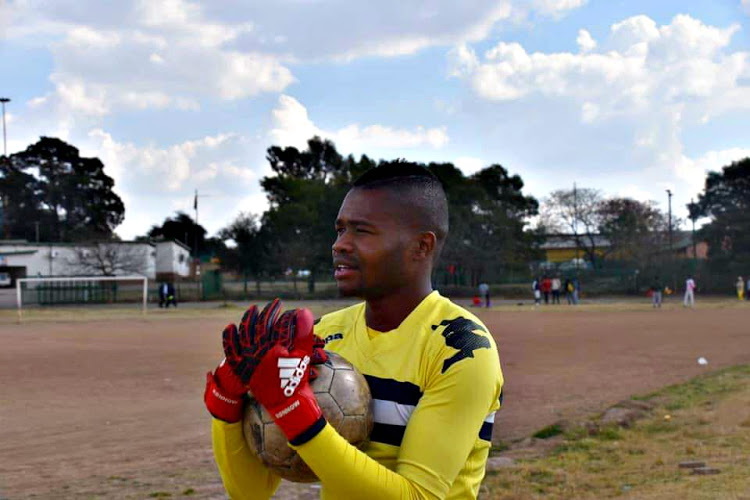 A 28-year-old goalkeeper who plays for Makapanstad RFC in the ABC Motsepe League in South-Africa, Phuti Lekoloane, came out as gay in 2015.

While he is pleased with coming out, he’s found that  his career began to sink after.

And now, Phuti has established a foundation to dispel stereotypes about the LGBTQ+ community.

In an interview with TimesLIVE, he said he “wouldn’t advise any soccer player to come out because of the stereotypes attached to the LGBTQ+ community. Professional gay players face barriers to make it big in the professional ranks.”

Phuti Lekoloane further told TimesLIVE he was “once rejected by a team in the national first division because of his sexual orientation”.

I risked everything to live my truth, but I wouldn’t advise anyone to come out now because of the stereotype. There is a lot at stake. If you come out, you have a lot to lose. I have lost everything that I have dreamed of.

I wanted to play in the (national first division), but if teams in this league discriminate against you because of your sexuality, then it’s another thing. You can’t go there if teams still don’t understand homosexuality, so that is how I got rejected. If I was in the closet, I think I would have made it.

My sexuality has robbed me of my career. Some people depend on football to put bread on the table. It’s always tricky, especially in football, but I would advise people to start living their truth and the more people that come out, the more we break the stereotype.

There are a lot of gay guys in the closet that are playing in the league and the funny part is that it’s not only players, even the team managers are (gay). We do have bisexual team managers and coaches who are in the closet, so it’s always like that. I am the sacrificial lamb.

Phuti Lekoloane will be hosting ‘The Legacy Games’, set for over two weekends at Mayibuye Sports Ground in Midrand, and will kick off on Human Rights Day in March.

We want to tackle homophobia in football. Our message to the whole world is that football is everyone’s game, so we want to fight for inclusion and for equality. There is not much (said) about gays in football because of the stereotype.