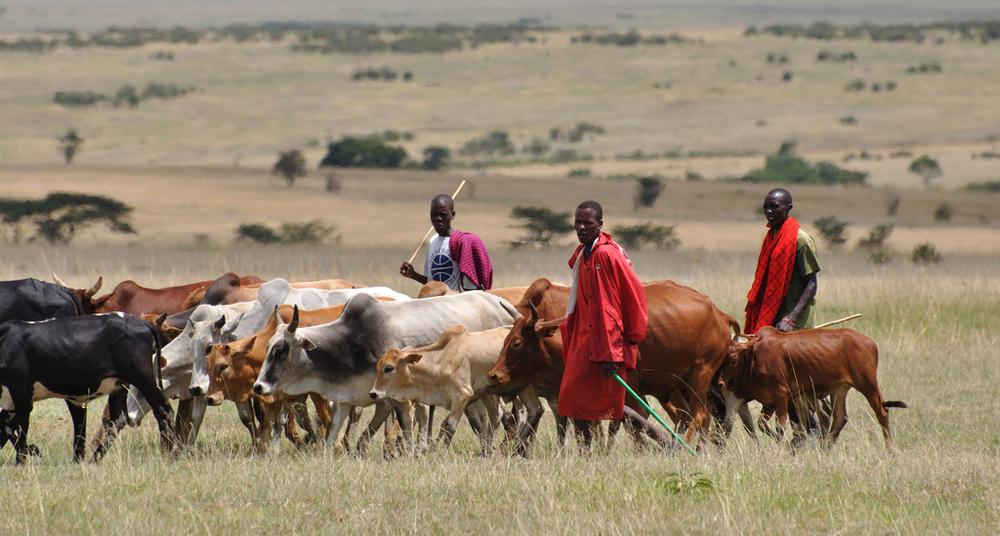 The Nigerian government has commenced the establishment of Ruga settlements for herdsmen across 11 states across the country and citizens are not having it.

“The pilot states for its implementation are Sokoto, Adamawa, Nasarawa, Kaduna, Kogi, Taraba, Katsina, Plateau, Kebbi, Zamfara and Niger. They are actually 11 in number and the governors of these states are coming to the ministry to learn how the Ruga settlements will be implemented.”

This new development has garnered mixed reactions from Nigerians who claim that the Federal government should ‘establish this only in the North’ and ‘establish agricultural projects in the geopolitical zones based on what they produce.’

Using the hashtag #SayNoToRuga, Nigerians have expressed their displeasure on their social media platforms.

A surreptitious plot to allocate lands belonging to the collective to a single ethnic group without recourse to the National Assembly or the diversity or sensitivity of our polity. This is the worst of grafts that MUST be vehemently resisted. #SayNoToRUGA #StopRewardingImpunity https://t.co/Z9GNBDGezo

This is what they do when they occupy public office

This is why he is filling public offices with his people

They succinctly use the power of Federal office to usurp wealth & assets from others to empower their kith & kin & foster their domination over others#SayNoToRuGA pic.twitter.com/2zNYgD5yHm

Over the years the Fulani herdsmen have attracted hate and distrust towards their ethnicity, normally issue such as this wouldn’t have been a difficult one to accept #SayNoToRuGA

Cattle Grazing just like fish farming, poultry farming, and the rest shouldn’t be a “MUST”. If any state feels they’re interested in cattle grazing, then such state should do the necessary by setting up ranches and registering those who would operate there…#SayNoToRuGA

Why are we even talking about cattles in this modern age and time when other countries are talking technological developments?? #SayNoToRuGA

It doesn’t matter what @MBuhari says or tweets about this his #RugaSettlement thing. Nobody would want to believe him even if his intentions is to foster a stronger bond between tribes. That’s the problem with losing the trust of a people. #SayNoToRuga

I have been quiet for a while, on a number of issues, but not this one. For the government to allocate our lands, use our collective funds to build settlements for one ethnic group, majority of who are not Nigerians, is insensitive and outrageous. #SayNoToRuGA

Simply put, the migration of Fulani ethnic groups to other tribes in Nigeria under the policy of Cow settlement, grazing and meat production within every locality.
This is the plot to dominate the whole country.#SayNoToRuGA #NOTORUGASETTLEMENTS

Never did anything when Nigerians were being killed by BH guys

Never did anything ever since kidnapping became a norm

Never did anything to revamp
the ever dying economy

Never did anything positive
for Nigerians.

But they wants to give our
lands to foreigners .#SayNoToRuGA

Ruga can be defined as process of grabbing land in another man’s territory with sole aim of causing havoc in the nearest future with a slogan ”our forefathers gave us the land”. #SayNoToRuGA