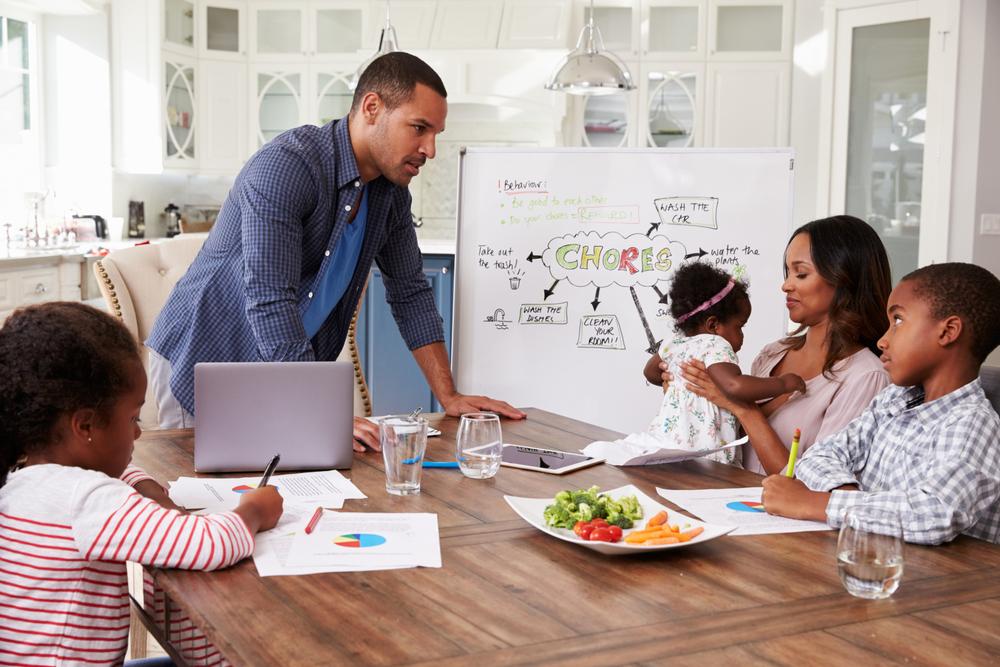 We’re living in a time when the world is giving more voice to the woman. A time when feminism is championed, not just by the female gender, but also by men who equally believe women deserve a seat at the table. A table which has, for some reason, been occupied by men for a really long time. It is surprising how they never got choked by all that testosterone.

With the reshuffling happening around the world right now, I wonder if I’m the only African man struggling to adjust. Yes, I am struggling.

You should know, this is neither a feminist article or one upholding ‘The Man’. It is simply a write up about an African man re-evaluating what he’s been taught. Who wants to step on toes in a fast-spinning world?

If you’ve heard Chimamanda Ngozi Adichie’s speech on “We Should All Be Feminists”, then you already know the African woman’s story (and that of women all over the world) and how much their reality is smeared from a young age. Surely, the truth is bitter and only a defiant voice such as Chimamanda’s could dare speak it.

While the world tries to rewrite its wrongs with women, I wonder who’s striving to help ‘The Man’ unlearn what he’s known all through the years.

Here’s a shocker, no one actually takes the time to teach boys who to be in the society. We simply grow up learning independence and ‘masculinity’ from whatever view society tables before us. Trust me, all that we know is hard to unlearn but imperative to.

I’m an African man – born in Nigeria, and raised in a typical African fashion. I grew up in a home governed by my widowed mother with an equal number of boys and girls. I watched as my sisters were raised to be women. They were taught to be feminine and handle chores supposedly meant for women. Of course, the boys did the exact opposite of that “without being instructed”. We all sort of knew our place.

My sisters were taught to cook, wash and clean. Some would say they were being prepared to take care of their own households sometime in the future. The boys, on the other hand, were ‘expected’ to be boys; handle the much ‘tougher’ chores and whatever else it is that boys do.

I remember asking to be taught how to cook and my mother replied: “No son of mine will learn how to cook”. By the way, that was a really long time ago. Would you blame her though? Her mother probably didn’t teach her brothers. Who knows?

Growing up, all I saw at home and in other Nigerian homes was how much work was put in to ensure women knew their place in the family and also in society. While you might flare up at that, it was normal for most of us and somehow, the girls never complained. They just couldn’t. Well, they didn’t know any better. Back then, anytime a girl stood up to a boy, you’d hear words like “don’t you know he’s a boy”.

A typical African boy living in the same house with a young African girl would ‘expect’ her to cook, clean, and take care of the menial chores around the house. Well, he would tilt towards the more ‘manly’ duties in the home. In Africa, a woman’s place has been below the man for a really long time. The reality of that is made clear from a very young age. It is sad but true.

The boys were superior by default – not because they had earned it, but because the power had been given to them by what invisible powers that were. And the girls? They were obviously taught to submit to the boys, no matter what. The girls couldn’t do boy things because they were girls. ‘They had to be girls’. One time, my illiterate aunt almost had a heart attack because my sister didn’t sit like a girl. It was almost as if she had broken the woman code.

Don’t even get me started on the religious studies we had back then. I’m a Christian by the way. While we celebrated a lot of the inspiring male characters in the bible, many of the bravest women in the bible like Esther, Ruth, etc. weren’t really hyped as much. The men were everyone’s role models – they were the ones we revered and spoke about.

In secondary school, we had more male ‘Senior Prefects’ than females. Scratch that, let me rephrase, we had no female “Senior Prefects” in all my six years in secondary school. It seemed that no matter how smart you were, you just had to be a boy to qualify. No one really thought about it. It was what it was. It was… default. Even in the university, course representatives and Student Union Government presidents were male. Whoever made the rules surely made sure everyone followed it to the latter. Women could only aspire to contest for the lower ranks, or ‘as high as’ assistants. ‘It was their place’.

Who gave this power to ‘The Man’? That is one question no one knows the answers to. Well, maybe ‘time’ did. Think about it: all through the years, men have claimed spaces over and over again, so much so that it seems like every bit of space belonged to them. It sort of made it ‘theirs’ to give. Then again, you can only give what truly belongs to you. Now, imagine my entitled African self, walking on eggshells in this fast-changing world. How do I unlearn what I already know?

One time, I went to have breakfast with a female friend of mine who drove and paid for me. While we sat at our table, a male waiter walked up to me and asked if I parked the car outside paying no heed to the lady with me. For all he knew, ‘The Man’ brought the lady to eat. That’s all we know on this continent. The Man’s continent. How do you unlearn that?

It surely is a challenge to adapt to this new world but it wouldn’t be so tasking to teach younger boys a new lesson about a woman’s place. The ‘rules’ may have been written a while back, but we exist to rewrite them.

The African Man must know that a woman’s place exists exactly where his place does.

Yewande Jinadu: You Don’t Have to Kill Yourself Trying to be a ‘Working Mom’