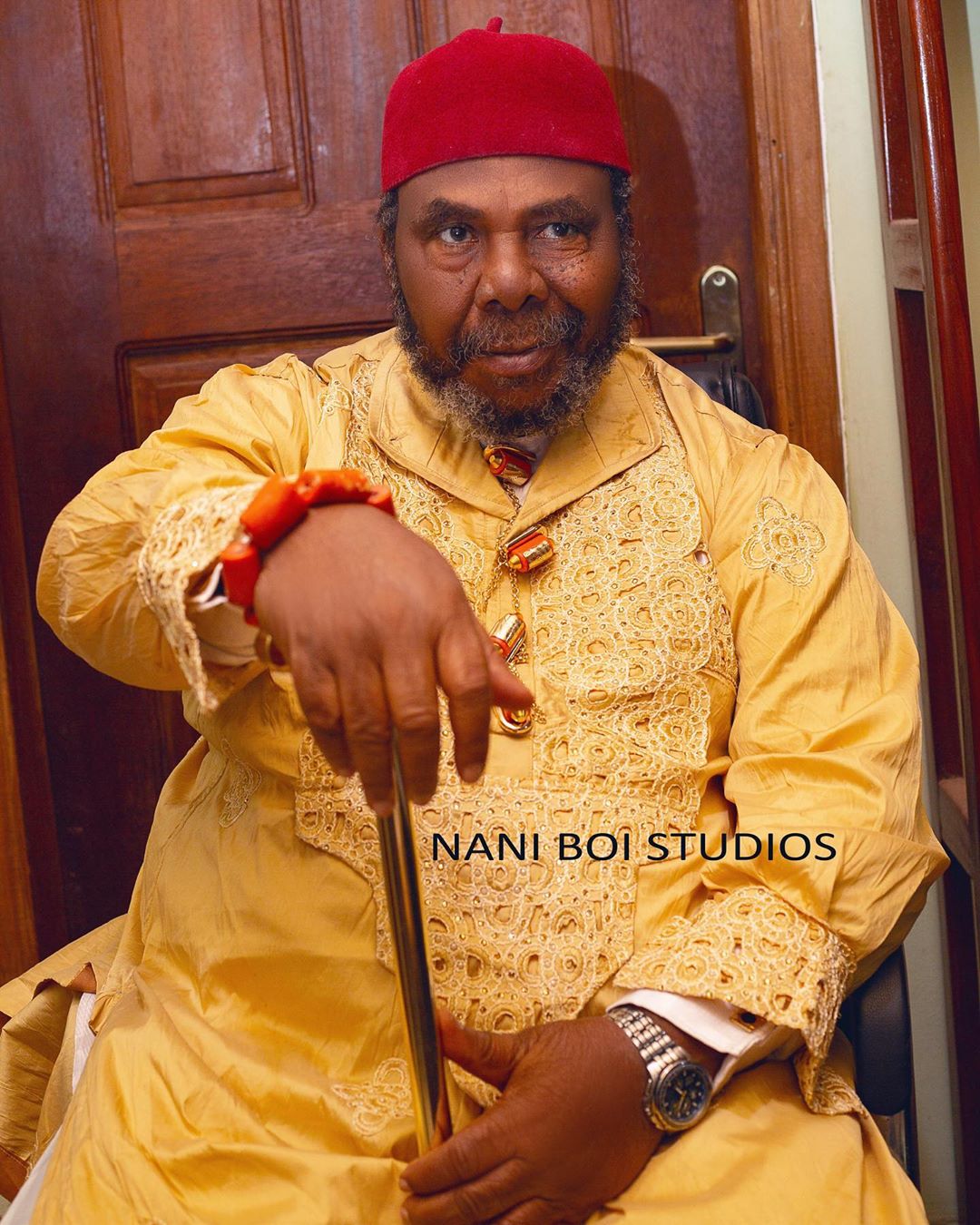 A few weeks ago, a clip made the rounds on social media showing veteran actor, Pete Edochie, saying that Nigerian men who kneel to propose are not just “fools,” but “compound buffoons.”

In the viral video, he was asked to speak on wedding proposals, and he kicked against men going down on their knees to do so.

He went on to say the Nigerian men going on bended knees to make marriage proposals are simply copy cats of culture prevalent in the Western World.

In a new video, Pete Edochie explained what he meant when he said it’s against the Nigerian culture to propose with a ring or on bended knee. He also talked about Nollywood, Feminism, raising kids, and single motherhood.

Watch him speak in the video below.

#AMVCA7: Here’s What People Are Saying about “King of Boys” Getting Snubbed