BellaNaija Presents Living Your Difference: Thelma's Experience of Being Intersex & Living in Nigeria is All the Inspiration You Need Today 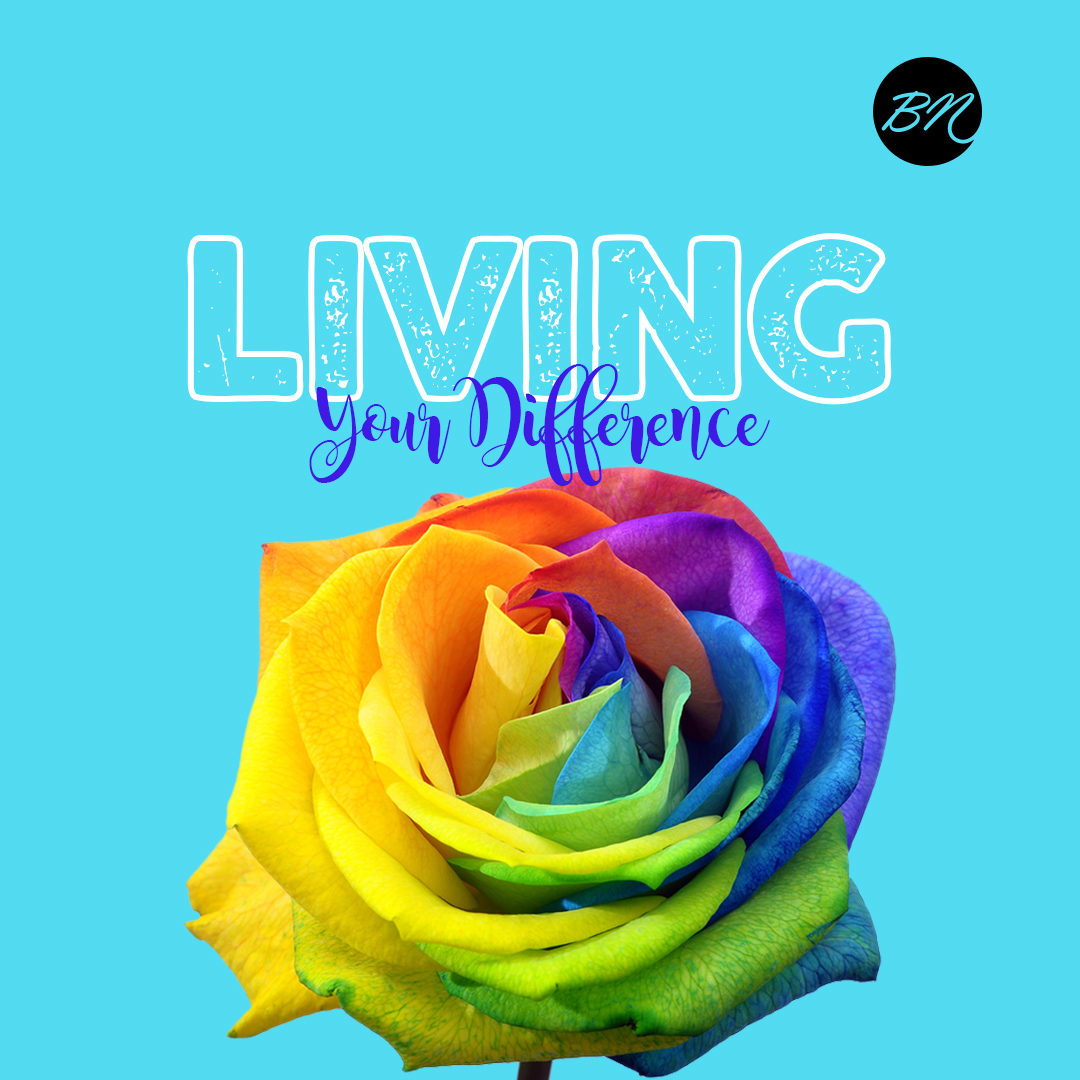 If you live in Nigeria, you’re probably aware that our country is one where minorities are either misunderstood, and/or explicitly discriminated against. Because of this, BellaNaija presents Living Your Difference, where sexual, gender and physical minorities tell their stories about living and surviving as Nigerians in Nigeria.

We’re hoping, with this series, that Nigerians see that there are several ways to be human, and that no matter how different we may be, we all feel the same emotions on the inside.

On the series today, we chat with Thelma, a 27-year-old woman who is obsessed with Game of Thrones.  For the Living Your Difference series, we invited her to tell us about her experience living as an intersex person in Nigeria. Thelma is a heterosexual woman who studied Human Physiology at the University of Port Harcourt, She writes and also makes and sells organic beauty and hair products as a business.

I’m a fun loving, outgoing person. I love the outdoors. I have two cats and am obsessed with game of thrones. I love caves, and I’m planning to visit all the caves in South-Eastern Nigeria soon. I studied . I’m heterosexual.

Growing up was fun. I love to read and I had books in abundance. I’m from a really big family, so there was never a boring moment. I was also a bit of a troublemaker, stubborn and unafraid, so I was always getting in trouble. My favourite memories as a child are of me sitting with my dad and asking questions about everything in the world, from the Biafra war, to stories about my ancestors and masquerades.

In school, I wasn’t great at making friends, but I was friendly. I was competitive in everything and pushed myself to excel. I love debate and literature, it was my favourite thing. And I loved the library because it was the only place I could find naughty books. You can’t imagine the joy in my 15-year-old body when I discovered Jackie Collins.

One of my funniest childhood experience was my first holy communion. I was ten, and I was confused as to why I had to eat the body of Jesus, and kept checking my mouth to see if there was blood.

I’m really good with my parents. I was really close to my dad when he was alive. When he passed, it changed me down to a molecular level. When I was younger, I didn’t like my mom because she was so strict, the disciplinarian of the home. But now I realise without her corrections, I would have been a terrible terrible person.

My parents gave me everything I wanted and needed. And made sacrifices to give me the best that they could. My mum is like the smartest, most hardworking, funniest and kindest woman I know. Now that I’m older, I live in fear that I would never be as good as she was.

Thelma on discovering her difference

It was five years ago. I went to see a doctor. I was concerned as to why I’d never had periods (menstruation). During that period, I was diagnosed with Mullerian Agenisis. And that kind of opened up a door I didn’t even know existed. I was 22-years-old, and was freaking out of my mind. I remember, calling my boyfriend then, telling him, and then crying though the night.

Being intersex means that a person is born with a combination of male and female biological characteristics. Therefore, the person is not a typical male or a typical female. Being intersex is natural; it’s a natural variation and not a medical problem. There are many variations of such as a person: having ambiguous genitalia, or internal sex organs, or a different combination of chromosomes instead of the more common XX or XY chromosomes. It could also be hormonal. Many people live all their lives and die without even knowing that they are intersex, especially when their genitalia appears normal. In my case, my internal organs are not typically female.

Thelma on living her difference

I was lucky, I had resources that helped, like professionals who I could ask questions, and therapists. I also found this blog by a woman that has Mullerian Agenisis, too.

The first thing I did was tell my boyfriend, then months later, my sister and I talked about it. But I’ve never purposely hidden it. I knew I was going to be very public about it, but first I wanted to understand and accept it, and love myself before I come out with it. Initially, I only told close family and friends.

One of the reasons I wanted to go public about it was that being intersex is such an integral part of my existence, and it’s genetic and yet till I found out, I’d never heard of it even in my family, which brought up questions to me about aunties I had who never had children.

I don’t ever want to be hidden and bury myself in shame and silence. Like church people say, “It’s not my portion.”

My life hasn’t changed in any huge way. The most significant change I had was how I viewed having biological children. I’ve never wanted to have children all my life. I was bad at taking care of my siblings, I’m terrible and terrified of babies. In fact, there is a running joke in my family that if I have kids, they would come and collect it before I kill it.

It’s been hard sometimes; not being intersex, but going through the process to self approval, acceptance and love. The process of crying myself to sleep five years ago to being confidently out and vocal about this is a hard process. I appreciate it though, because it has made me a better person, a more complete and confident person. I tell everyone about it. I practice brutal honesty, so by the 3rd date I’m telling the other person. The only time I don’t bother is if it’s a relationship that I know for whatever reason isn’t meaningful. Also, I don’t reveal it when I make a new female friend, not because I want to hide it, it just doesn’t occur to me as important.

Thelma on how Nigerians react to her difference

The week I tweeted about being intersex, I laughed so hard. See, I love Twitter, because even when someone is ignorant or insulting, they are witty about it, and well, banter is life.

People’s reactions were different. The most significant was the amount of support it garnered. People sent me the loveliest messages. I really appreciated it, and it wasn’t the response I thought I would get. I was prepared to be trolled, but I was going through the replies to my tweets and in my DMs, and I was like “Am I sure these people are Nigerians? ” I feel so grateful for that. I wish I could hug each of them.

All that ended when it got to the blogs. I spent time fighting with blogs and Instagram “blogs” because they sensationalised it, using the term “hermaphrodite” which is an insulting, wrong and narrow definition of what being intersex is. Some apologised and changed their headlines though. That made me go offline for a couple of days. I took a weekend trip to climb some rocks.

In my personal relationship, being intersex isn’t something that is a big concern, because I’ve been blessed with really evolved, open minded and empathetic human beings. And those who are not don’t get to be in my circle. Like the best musician in the world said, “Bad energy stay far way.”

Someone on twitter (@ziziian) sent me a tweet that actually made me cry. It was reassuring and beautiful.

Also, there were a lot of people who messaged me telling me they were intersex too. Some of them had had it hidden for years, ashamed of it, and that was so meaningful. I realised then making myself visible made other people like me visible, too. And that was important.

The funniest reactions were the number of men from all over who wanted to marry me all of a sudden. And their proposals were not what was funny, but the way they framed their messages like they were doing me a favour or helping me was just ridiculous.

Thelma on what Nigerians need to know about her difference

I make a conscious effort to educate people about intersex people and our issues. That aside, I make a conscious effort to talk to people about the LGBTQ community in Nigeria. The problems that oppressive laws, hate and discrimination and fetishism cause affect their quality of life, and while I’ve been insulated from most of this, I’m aware that I can experience it at any time or place.

Being intersex is not like winning the lottery or becoming Beyoncé. Your existence is still closer to normal. For me, I think one of the obvious is that I don’t experience the pain from menstruation. Also, of recent, the amazing people I’m getting to know who are intersex and the community.

Intersex characteristics occur in 1.7 – 4% of the population. For a country like Nigeria with annual birth of about seven million, about 119,000 to 280,000 babies are born intersex annually. That is a huge number. We need to start talking about and embracing this, the culture of silence and stigma has to end.

**
Special thanks to Thelma to sharing her life with us. We really appreciate it and we are inspired completely by the wholesome self-awareness and love displayed. If you’ve enjoyed reading any of the stories in the Living Your Difference series and you’d like to share your story with us, please send an email to us at submissions(at)bellanaija(dot)com with “Living Your Difference” in the subject line.

Won Le Wa Ku! Nigerian Leaders Didn’t Get Elected To Be Stressed Out Like This