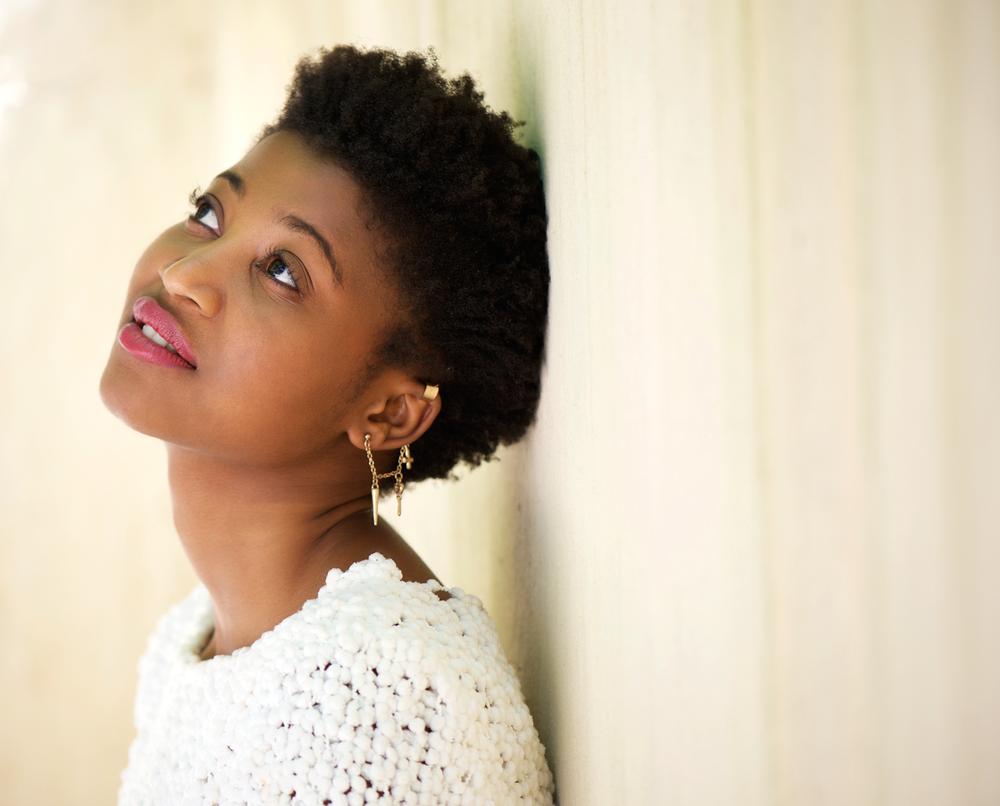 I enter the room and close the door quietly. The man waiting for me on the bed is already undressed from the waist down.

Still, he manages to look dignified in his slightly rumpled white shirt and grey tie. He looks at me expectantly, his eyes sizing me up unabashedly. He is the first of the many men that would seek my service today. I take my position in front of him, leveling his groin to my eye level and gently push his knees apart.

No one warned me about the numbness that came with my line of work. Each man had started to look the same to me from the waist down. I struggle to focus on the task at hand, but my mind chooses to wander aimlessly into my past, digging up morsels of memories I had long forgotten, or deliberately suppressed.

I was eight years old the first time I saw a fully grown, naked man. It was a Saturday afternoon at the Odo-oba market. The matted hair on the man’s head, his dirt-caked body, and the necklace of rusted milk cans around his neck caught everyone’s attention as he sauntered down the street towards a woman selling roasted corn at the bus stop.

“Were” (mad man), the corn seller shouted in Yoruba. “Ejo e ba mi le danu” (please help me chase him away), she called out to the onlookers. My mother pulled me to herself and turned my head into her chest. She too joined the small crowd of people at the bus stop shouting “were” “were”. I clung to my mother anxiously, yet I wanted to see more. Even though I was thoroughly repulsed by his appearance, the dangling appendage between the man’s legs caught my attention.

My attempt at satisfying my curiosity was met with a sharp retort from my mother, “gbe oju e kuro” (turn your eyes away).

Before I got to sunday-school class the next morning, I had already forgotten the incident.

I was twelve years old the second time I saw a naked man. I found my father sprawled out on his back on our bathroom floor with his arms and legs in an untidy spread. I had just returned from the neighborhood store with a dozen eggs and a large loaf of bread in my arms when the eerie sound of silence in the house hit me.

When I left the house that morning, on my father’s request for a breakfast of bread and egg sauce, he was headed for the bathroom. He shuffled his feet nosily to the bathroom at the end of the corridor that connected our rooms. The last episode of stroke had slowed his gait and caused the right side of his face to droop. ‘Partial facial paralysis’, the doctor called it. I often thought of reaching out to my father’s face to rearrange the sagging mouth and sleepy eye until he looked like his former self.

It had been both of us alone at home that day, like every other weekday for the past two months. My mother left the house by 6:30 am, a full hour earlier than usual, to drop my twin brothers at school. This was one of the many adjustments father’s ailment had brought into our lives. I had stopped school temporarily to look after my father so that my mother could keep her job as a clerk at the Ogbomosho Local Government. The job, which was once just a place for her to dress up each morning and go, was now our primary source of sustenance. My father’s income from his construction business had dwindled faster than his health had deteriorated.

“Daddy,” I called out, catching the worry in my own voice. He should have been reclining on his special armchair in the living room and reading his bible or watching the TV. “Daddy?” My heart rate spiked as each call was met with a growing silence. Our house was a small bungalow. There weren’t many rooms for me to go in search of a grown man. The front door was locked from inside, so I knew that he hadn’t stepped out of the house. His bedroom door was wide open, empty. My parent’s bed unmade, and the fan circling lazily from the ceiling. “Daaaddyyyy?” I knocked on the door of the sole bathroom in the house, timid taps that soon became loud pounds with my closed fists. Then I opened the door and saw him lying there.

His eyes were wide open, his mouth rounded in a silent moan. I screamed. I clutched his body, still soapy from his bath, and tried to shake him to life. The floor was slippery as I tried to drag his body into the living room, wailing in terror with warm tears blurring my vision. Audu, our neighbor’s gateman, was the first to burst in. The distressing sight prompted him to run out and call for more help.

It wasn’t until Mrs. Ajayi from the next compound asked me to find a bedsheet to cover up my father’s body that it dawned on me that my father was naked… and dead.

I was thirteen years old the third time I saw a naked man. It was the day my dear uncle, who I fondly called Uncle Biodun, stole whatever was left of my innocence.

From the moment I started menstruating, my mother repeatedly warned me about sex and destiny- destroying boys. But her lectures were incomplete as she failed to caution me about kind uncles who helped out with biology assignments and bought hot puff-puff for my brothers and me. She failed to warn me about the good-natured uncle who moved into our house two months after my father died. An uncle, so caring and affectionate that my mother, who slumped into a bout of depression after my father’s burial, was now well enough to resume singing in the church choir.

But there he was standing in front of me, as naked as the day he was born, with that offensive member of his nodding in my direction.

Here is how I remember the scenario.

It was an ordinary Saturday afternoon. The twins were out playing football with other children that lived on our street. My mother traveled to Lagos for a wedding and would not be returning to Ogbomosho until the next afternoon. Uncle Biodun was teaching me how to express 100111 in base ten when he suggested that we move our study session to his room. I briefly protested that his room – my former bedroom, which had been converted to a visitor’s room, didn’t have a chair or table for us to sit and study, but Uncle Biodun had already packed my books and was headed towards the room.

Whatever uneasiness I initially felt disappeared as we continued with the maths lesson. I was still solving for “X” when Uncle Biodun suddenly got up to lock the door and undress as though his clothes had caught fire.

“Uncle Biodun, what are you doing?” I shouted as I sprang to my feet. The question immediately felt stupid to me as my brain quickly processed what was happening. “Shout, Kayinsola! Open your mouth and shout for help,” I willed myself. But my mind and vocal cords were disconnected as I stood still beside the bed. I was frozen when he caressed my face and called me a beautiful girl. I was still frozen when he bent over to kiss me on the mouth. But the moment he grabbed my shoulders to push me on the bed. A cacophony of alarm bells rang in my head. Right at that moment, all my mother’s warnings rushed into my head.

I screamed as loud as I could, the force of my voice burning my throat, but my cries were in vain as he clamped his hand over my mouth. It happened so fast that I barely comprehended what he had done, or what pleasure he had derived from it.

I didn’t get the chance to wallow and cry as Uncle Biodun’s theatrics stunned me into silence. His reaction to what he had done was even more startling than the ambush was. He groveled and begged for me to forgive him. His teary eyes were red and bulging as he blamed the devil and everything else apart from himself.

The events of that day remain tucked away in the crevices of my mind. I never told anyone what happened. For many years, I believed that it was the devil’s work. I believed that Uncle Biodun had been seized by some foul demon, and I was the unfortunate victim who was at the wrong place at the wrong time. It was an easier pill to swallow; to accept that someone so close, so dear, couldn’t have maimed me intentionally. It had to be the devil. He was the one to blame.

I ditched my naivete seven years later when my mother called me hysterically on the phone, to tell me that Uncle Biodun had been arrested for raping a co-tenant’s daughter.

The memories well up, threatening to spill out of my mouth. For the first time, I feel like pouring out my heart to the man in front of me, divulging my guilt and shame until I feel exorcised. “Focus Kayinsola, focus”. I still my shaky hands and exhale softly. As I inch closer to the man on the bed, I wonder if the events in my past had influenced my life choices or shaped me into the woman I am. The man suppresses a moan as I touch him gingerly. I know what I have to do. I’ve done it over a hundred times.

I part the man’s legs wider and carefully insert a needle into the man’s prostate to extract samples required for his biopsy.

Won Le Wa Ku! Nigerian Leaders Didn’t Get Elected To Be Stressed Out Like This

Dienye Diri: These Skills Will Help You Get into the Workforce Efficiently