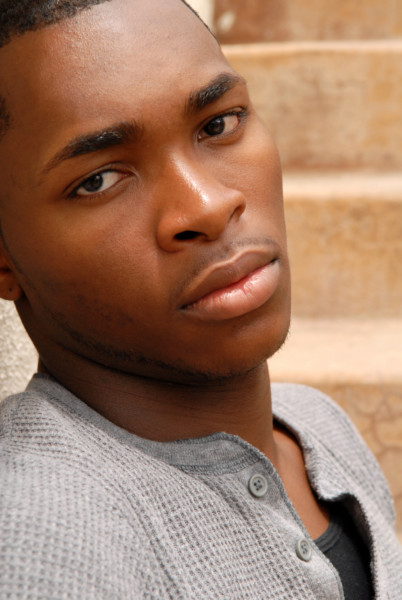 Racial discrimination continues to be an underrated human rights issue in the world today. It is a cankerworm that has eaten deep into the fabric of the society, so much that it has become an unending threat to the lives of many people. Affected races and ethnic groups at the receiving end of racial discrimination are mostly the non-white populace, consisting of the black race – otherwise known as people of African descent, the Hispanics, Indians, and in some cases, Asians.

It’s the year 2020, but it appears that the old voices of slavery, colonialism, racial subjugation, apartheid, and critical race theory are still too strong to be unheard. Despite the ban on racial discrimination through a multilateral treaty since 1965, it seems as though individuals and governments are still enabling and actively perpetuating racism. The recent video revealing the murder of George Floyd by police officers in Minneapolis has once again put the United States of America at the eye of the storm after it generated severe public outcry and condemnation of racial discrimination and police brutality. The past few weeks have witnessed a series of protests and demonstrations against racism, particularly racism against people of African-American descent.

Prior to George Floyd’s murder, the daylight killing of Ahmaud Arbery, during his daily run within his neighborhood in Georgia and Breonna Taylor, who was shot to death by police officers in Louisville, had been trending topics on most social media outlets. These are only handpicked cases out of the many unexplained deaths of African-Americans in cases suspected to have been triggered by racism and police brutality.

Racism is an inhumane act because it strips a person of his dignity and right to equality. Although it has become the norm to ascribe inferiority or superiority to people based on their race, racial discrimination is in contradiction of the provisions of the Universal Declaration of Human Rights (UDHR) which provides that “all humans are born free and equal in dignity and rights”.  Sadly, confirming adherence to and application of this UDHR provision may be met with a resounding “no” because there are still gaps in racial equality amongst humans in the world today.

As far back as 1963, The Declaration on Elimination of All Forms of Racial Discrimination was adopted by the United Nations General Assembly to tackle every manifestation of racism. While it called on all nations of the world to revise governmental policies and laws which create and permit racial discrimination, the declaration is still far from achieving its much-desired effect because racism continues to exist.

To date, the Native American and black communities are still experiencing racial disparity like never before. Racism continued even after the Indian Removal Act of 1830 was signed into law; an Act which allowed the forcible relocation of Native Americans to the southeast in order to make room for white settlement. The American government has always emphasized the importance of affordable housing and property ownership. However, these policies often coincide with the methodical removal of people of colour from their communities. In most cases, displacement has become the end game of systemic racism and has destabilized affected communities while contributing to the already existing racial disparity.

With racism comes race profiling, hate speeches, and other invisible systemic barriers that tie down its victims. Asides the usual racist verbal abuse, snide remarks, or condescending jokes, racism can also manifest in other forms. Some job descriptions could indicate the kind of race or colour as a determining factor for employability. Also, where a person feels more deserving and entitled to a position due to the perceived superiority of his skin colour, the tag of racism has already been used. It is no news that racial discrimination happens in schools, workplaces, homes, in public, online spaces, and even in the most unexpected places and circumstances.

The truth is, most people will not go around admitting that they are racists, not even to themselves. Their words may not scream ‘racism’, but their nuances and subtle actions may reveal their racist biases. For some, their superiority complex exhibit could be evidence of subtle racial preference.

The catchphrase ‘he fits the description’ has become a common label used during arrests, particularly against non-white alleged offenders. It would seem that almost every person of colour who allegedly commits an offense is presumed guilty until proven innocent. Indeed, the movie When They See Us demonstrates the real-life story of five young men who were arrested and coerced into confessing that they raped a white female jogger at the Central Park, New York. The movie sheds more light on the ‘he fits the description’ slogan as it turned out that these five men did not commit the crime when the real rapist of a similar race confessed some years later. Meanwhile, the lives of these men had changed forever by reason of imprisonment and the wrong perception that they most likely committed the crime because of their complexion. The ‘shooter bias’ also exists; a racial stereotype which associates criminality with black men. This bias has unfortunately led to an increased likelihood of unarmed black men being mistakenly shot and killed.

Over the years, racist hate speeches targeted at the blacks have become rampant, even to the point that the former First Lady of the United States, Michelle Obama, was derogatorily compared to a monkey in 2018 by the then Minnesota republican senate nominee, Karin Housley. Racist attacks like this, that compare the blacks to monkeys and apes, are not new. In 2019, the current president, Donald Trump, through a tweet, advised four minority congresswomen to return to the ‘crime infested’ places from which they came, rather than telling the people of the United States how to run their government. Even in the sports spectrum, former footballer, Samuel Eto’o was also not spared as he received racist chants of ‘monkey’ from opposing fans at the football stadium during a match in Spain.

The video of the brutal assault and murder of George Floyd once again opened sore wounds and initiated heavy protests in most parts of the world. The #BlackLivesMatter movement has once again trended on all social media outlets in response to its call for justice and the end of racism. With the spate of brutal violence and the disproportionate treatment being accorded to the black race, it is quite shocking that a first world country like the United States repeatedly violates the principle of equality of all persons. This is because it applauds itself as a country that operates democratically and one of the hallmarks of democracy is the respect of the dignity of all persons and value for human life.

While racial hate crimes seem to be on the increase amidst white supremacy, it has become obvious that the United States, a perceived leading nation of the free world and a country that has occasionally paraded itself as a world human rights defender, may also be in need of help. Another case of brutal loss of lives caused by racism happened in Ohio in 2019 when a white man, Patrick Crusius, shot and killed 22 people at a Walmart store in Texas. His targets were the Hispanics and the killing was later tagged a hate crime, for which he was charged to court.

In recent times, gun violence has increased with mostly black adults as targets. Asides sporadic deaths caused by gun violence, there is an upsurge in the number of deaths of blacks killed by white police cops during arrests. The question remains whether the police officers are most likely to use lethal force on minority suspects or people of specific races during arrests. In a report to the United Nations on racial disparity in the United States criminal justice system, it was shown that African-Americans are more likely to be arrested and once arrested, they run the risk of being convicted and getting lengthy prison sentences. In comparison to the whites, the African-Americas and Hispanics have more likelihood of being imprisoned.

We must also note that racism does not only happen in countries outside of Africa. Some parts of Africa contribute to racial discrimination. For instance, In South Africa, there are patterns of racism and systemic racial inequality. With apartheid being over, this is quite disappointing. A report by the South African Human Rights Commission indicates that racism is still very much in existence in the country.

Racism is a global reality and a worldwide phenomenon that every adult is conscious of. Denial of equal treatment by reason of race, ethnicity, or nationality should be addressed as it continues to manifest itself in every aspect of governance and human relationships. History may have played its part in modeling the society to how it currently is, but the challenge is for everyone to collectively work towards change and not remain passive by accepting the continued marks of history. If equality of all persons is to remain as one of the cornerstone of human rights, efforts should be made to dismantle all forms of inequality caused by racism and the principles that uphold them. Indeed, there is no justification for racism in theory or in practice.

P.S: May the souls of the departed victims of racial discrimination and police brutality rest in peace.

Agbonmire Ifeh: The Sixth Child May Just Save the Family

Yewande is a lawyer who specializes in international human rights law. She hates injustice and believes in fair play and equal opportunities. She is also passionate about the rights of the vulnerable. Her love for writing can be traced to her lawyerly profession. Her motto is: live the life you love, love the life you live. She can be reached on her Instagram page: @insidesparkles, linkedin & facebook: Yewande Abiodun Adeleke, or via email: [email protected].