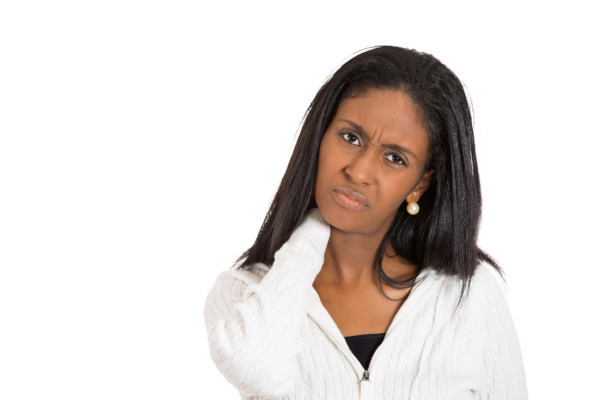 During these times of uncertainty, one advice rings true: help yourself. This notion of putting ‘I’ before ‘We’ sees people focusing on themselves. Self-isolation and social distancing show the structured manner in which people have removed themselves from spaces that may be harmful to their health. The social sphere has greatly decreased to only cater to those in our immediate vicinity. Therefore, it comes as no surprise that those on the outliers of social spheres such as foreigners (in diaspora) and refugees are having a difficult time during this lockdown period. The only entity lower than the black South African during these times is the black foreigner, who is at the lowest point of the totem pole.

It would be highly hypocritical of me to write about any other focus group during these times because all around me, I hear the echoes of foreigners facing hardship in South Africa, especially because I belong to the diasporic Nigerian community. It is understandable that sovereign states will place the plight of their citizens above that of non-citizens. However, what is not understandable is the xenophobic and anti-foreigner rhetoric that has been amplified during these periods. Perhaps if the seeds for this rhetoric had not been planted in South African society prior to the COVID-19 outbreak, then it would not have manifested into its current form. While I would like to state that the injustices black immigrants are facing in South Africa during this time is obvious, I cannot. The issue is only obvious to those who are affected by it and those whose communities are crumbling because of it. The South African media coverage, during the lockdown, has used nation-building tactics to build the morale of citizens, so there are very few formal accounts of injustices occurring towards foreigners. Why would a media that would not broadcast the injustices happening in the Cape Flats, informal settlements and townships (places wherein South Africa citizens live) broadcast the plights of foreigners?

Researchers and academics within the diaspora, prior to the COVID-19 dilemma, have called for the need for peace amongst foreigners and South African citizens, because of the rising xenophobic rhetoric and the economic hardship foreigners face. However, all of these calls have fallen upon the shoulders of grassroots organizations. Perhaps the reason for the lack of South African government initiative towards dismantling xenophobia is because it is this very government that exacerbates xenophobic rhetoric during election times as a vote-seeking technique. The scapegoating of foreigners, during times of economic hardship, is a top-bottom occurrence.

During the lockdown, we can see proof of xenophobic rhetoric being systemic in the manner in which South Africans, in townships and other non-suburb dwellings, claim entitlement to relief packages being delivered by NGOs and NPOs. Non-citizens in these areas, fearing confrontation from South African citizens, refrain from accessing these packages. Secondly, the extent to which foreigners (undocumented immigrants and refugees) do not benefit from any government aid, despite being amongst the most economically vulnerable, is an intentional manifestation of systemic anti-immigrant rhetoric as lockdown regulations have heavily restricted access to the informal sector, wherein they earn a living.

It is this inability of foreigners to earn a living during lockdown, by not having access to job markets and government aid, that places a burden on the black female immigrant. Prior to the lockdown, the breadwinners within most immigrant families (those of undocumented and refugees) were women – they had more job options in the informal sector than their male counterparts. These jobs included working as maids, hairdressers, caretakers, beauticians, sex workers, small-scale food traders, etc.

With the hardship presented by the pandemic, there is an excess burden on these women to put food on the table while simultaneously taking care of domestic issues, such as looking after children who are now at home due to schools being shut down. In addition, the rising rate of domestic violence cases reported during the lockdown exacerbates the conditions that these women – and women in general – have to endure during lockdown. Essentially, the black female immigrant has no mental space to cultivate the ‘I’ rhetoric of this period.

I have to correct myself by stating that the lowest entity during these times is neither the black South African nor the black foreigner but is instead the black female immigrant, specifically that of the undocumented and refugee community. In the future, there’ll be the need for a discourse on ‘‘surviving South Africa’, a black woman’s guide’, as opposed to just a foreigner’s guide.

My COVID-19 experience is one of dismay and heartbreak, not for myself but for my extended immigrant community. Regardless of the ‘I’ dynamic of these times, I still aspire to abide by the ‘we’ narrative. In essence, I embrace the South African saying, ubuntu, which means ‘I am because we are’, although this notion seems to be adopted more by immigrant communities in South Africa.

In order for the foreigner to ‘survive South Africa’ we need to be steadfast in our position of ‘we’ before ‘I’.

These BellaNaijarians Have the Most Hilarious Barber’s Shop Experiences

Odein Princewill is a writer, business owner and “vegantarian”. She is also a graduate of International Relations and has a  passion for transforming words to experiences. She serves to comment on the ever present challenges posed to the black female, which she details in her blog  Surviving South Africa: a black girl's guide. More on  https://survivingsouthafricabgg.wordpress.com/