Sylvester Kay-Adade: How We Dropped the Ball on Raising Boys to Men 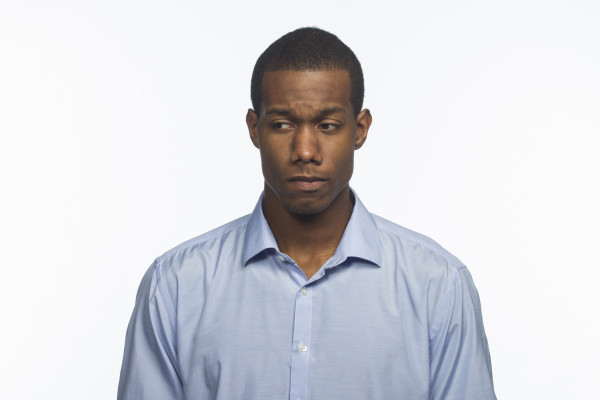 Not long ago, I called a friend to check on her. She was in between jobs before the lockdown began in Nigeria, so I wanted to know how her job search was going and discuss some other issues.

The last time we spoke, she had three men asking her out, and I’d given her some advice, so this was more of a follow-up. Mr. A is a Muslim, and being a Christian, she’d put him in the friend zone. She dodged a bullet with Mr. B – a serial womanizer. Mr. C, who I had been secretly rooting for, really disappointed me.

He’s good-looking, intelligent, polite, sociable, well-spoken, and has a high six-figures job. The problem is his personal hygiene; it’s very poor. He constantly has body odour, bad breath, and leaves dirty pans and plates in his kitchen sink for days. The sad part is that she has tried to advise and correct him subtly and lovingly, but he gets upset and defensive. He’s not teachable.

She talked to an older married woman about it and her advice was, “it doesn’t matter now; boys are always dirty”. Unbelievable, right? Did I mention that she also video-called Mr. A twice and in the background were shirts and pants scattered all over his room? Her question to me was, “what kind of men are being raised these days?”

I think a lot of Nigerian, dare I say, African, parents have dropped the ball here. Their sole focus is to train decent daughters, at the detriment of their sons. A lot of these sons have grown up with an indolent attitude towards chores, which eventually affects personal hygiene. In secondary school, I know guys that used a pair of boxers for a whole week. They’d play/work, sweat and sleep in the same pair the entire week. Even in college, a roommate’s friend once bragged that he once used his for an entire month!

Yes, boys don’t like doing chores, but girls don’t like it either. However, girls are made to understand, from an early age, that it’s non-negotiable. It shouldn’t be any different for boys. Washing dishes and clothes, ironing, sweeping, mopping, even cooking, were non-negotiable for me. As a young boy, my mom made me wash my dishes (as well as my younger sister’s) immediately after every meal, and to wash my underwear before bedtime. As a teenager, it was she who taught me how to shave my armpit hair and use deodorant daily. I didn’t enjoy the chores, especially on Saturday mornings, but they instilled in me cleanliness, discipline, and responsibility.

Please teach your boys to brush their teeth and bathe twice daily, wash their dishes immediately after their meals, use their underwear and socks once, wash, sun-dry, iron, and fold/hang their clothes, polish their shoes, cook, etc. This will help them grow to become good ‘husband material’, not just money-earning liabilities to their dutiful, responsible wives. Let’s raise real men.

While we’re on this subject, we can also address the prevalence of rape in Nigeria. We need to start by stopping the trend of blaming the victim. Rape is only the fault of the rapist(s). It doesn’t matter how old the victim is, what he/she wears, where he/she goes, what he/she does, how he/she earns a living, his/her religion, or relationship status. The victim is never to blame. A lady being naked or scantly dressed is not permission to rape. Someone walking alone at night or in a night club is not seeking to be raped. Someone working as a hooker/prostitute or secretary is not permission to rape. As a man, a woman being your bestie, girlfriend, fiancée, even wife, is not grounds for rape. The same goes for women. No one should be forced into sex against their will. There is no room for coaxing or coercion. Your sex partner is allowed to change his/her mind and say ‘no’, irrespective of previous arrangements or obligations. No consent, no sex.

Let’s teach our kids to be mindful of their surroundings, and teach them self-defense. Kids should also be educated on consent and taught that ‘no’ means ‘no’. Most importantly, please teach your kids to always respect people and their choices.

Beyond The Three: ‘Avugna Vugna’- Jerry Spotlights the Strength of the Mafa People in Borno & Adamawa States

Sylvester is a businessman, investor, and serial entrepreneur. He is passionate about small business and primarily runs Herança Financial, a small and medium enterprises (SMEs) advisory firm. He also keeps an online journal where he frequently shares his experiences and views on entrepreneurship, finance, and life.