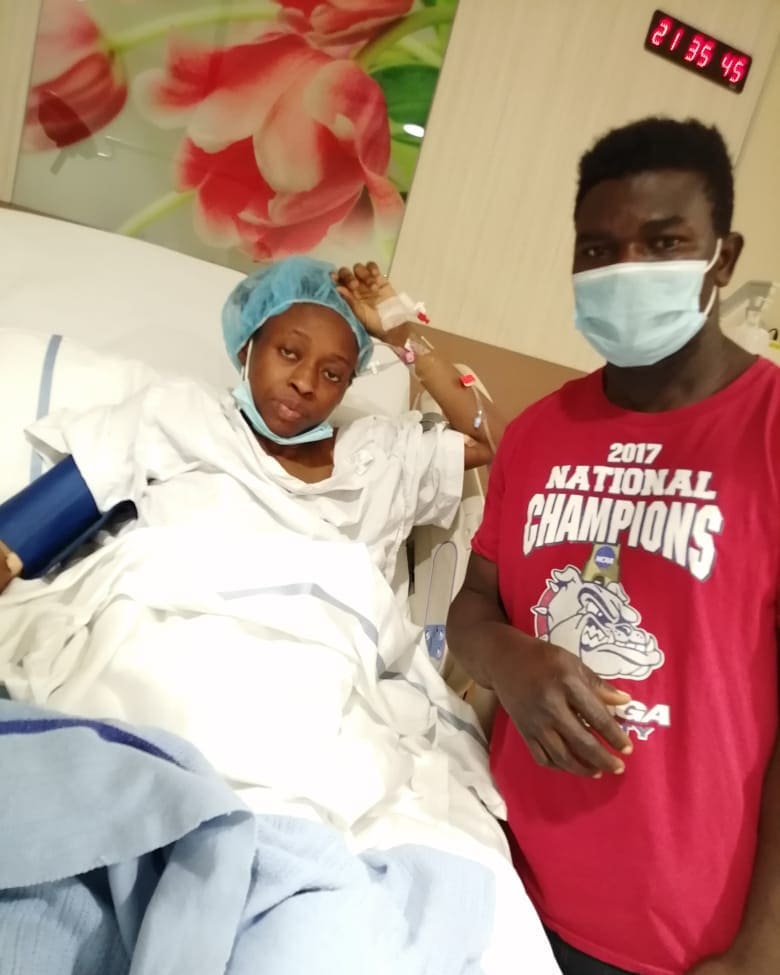 Tijani and Suliyah Abdulkareem, proud parents to quadruplets, had no medical insurance, and racked up about $108,000 (400,000 AED) in medical expenses.

The payment of the medical bills gave the couple sleepless nights, forcing them to solicit for help.

Thankfully, the Crown Prince of Dubai, Sheikh Hamdan bin Mohammed, stepped in to pay the bills after he came across the initial CNN report highlighting the family’s story.

Tijani said he began making plans to relocate his wife to Nigeria to give birth when they found she was having quadruplets in January, but they couldn’t make it because of the flight ban.

They’d been sharing a hostel accommodation with others, and it would have been difficult to rent a bigger place with their combined income, according to Abdulkareem, who works as a chef at a restaurant in the city.

Although the Nigerian community in the United Arab Emirates (UAE) rallied around and paid part of the bills ($11,500), the Dubai Crown Prince stepped in to foot the medical expenses after their story made the rounds. Local radio stations in Dubai and the CNN said the Latifa Hospital for Women and Children, where the babies were born through an emergency C-section, confirmed the Crown Prince’s kind gesture.

A sneak peek of one of our #Quadruplets. The management and staff at the hospital have been amazing with round the clock care for our babies. #Helpsuliyatuae Thanks to @cnnafrica @cnn for allowing us tell our story. http://www.cnn.com/2020/07/22/africa/nigeria-mom-and-quadruplets-stranded-intl/index.html

The babies were born a month early and were placed on ventilators at the neonatal intensive care unit, where they are likely to remain for at least another month. “They’re doing well and will soon be ready to go home,” the hospital explained.

Expressing their gratitude to the Prince, Tijani and Suliyah Abdulkareem said in a statement:

We would like to express our gratitude on behalf of the family to the UAE leaders, Sheikh Hamdan and the Latifa Women and Children’s Hospital for the love and compassion shown to our family during this challenging and beautiful experience.

He also thanked the Nigerian community and everyone who assisted his family in paying their rent for a bigger apartment.

We have been getting calls from Portuguese and Brazilian nationals in Dubai. People have been trying to reach us. The Nigerian community has been following us every step of the way.

As a sign of gratitude to the Dubai royal family, the chef told local media Khaleej Times that three of the babies will be named Hamdan, Mohammed and Lathifa.

To know how to donate to Tijani and Suliyah Abdulkareem, you send an email to [email protected]