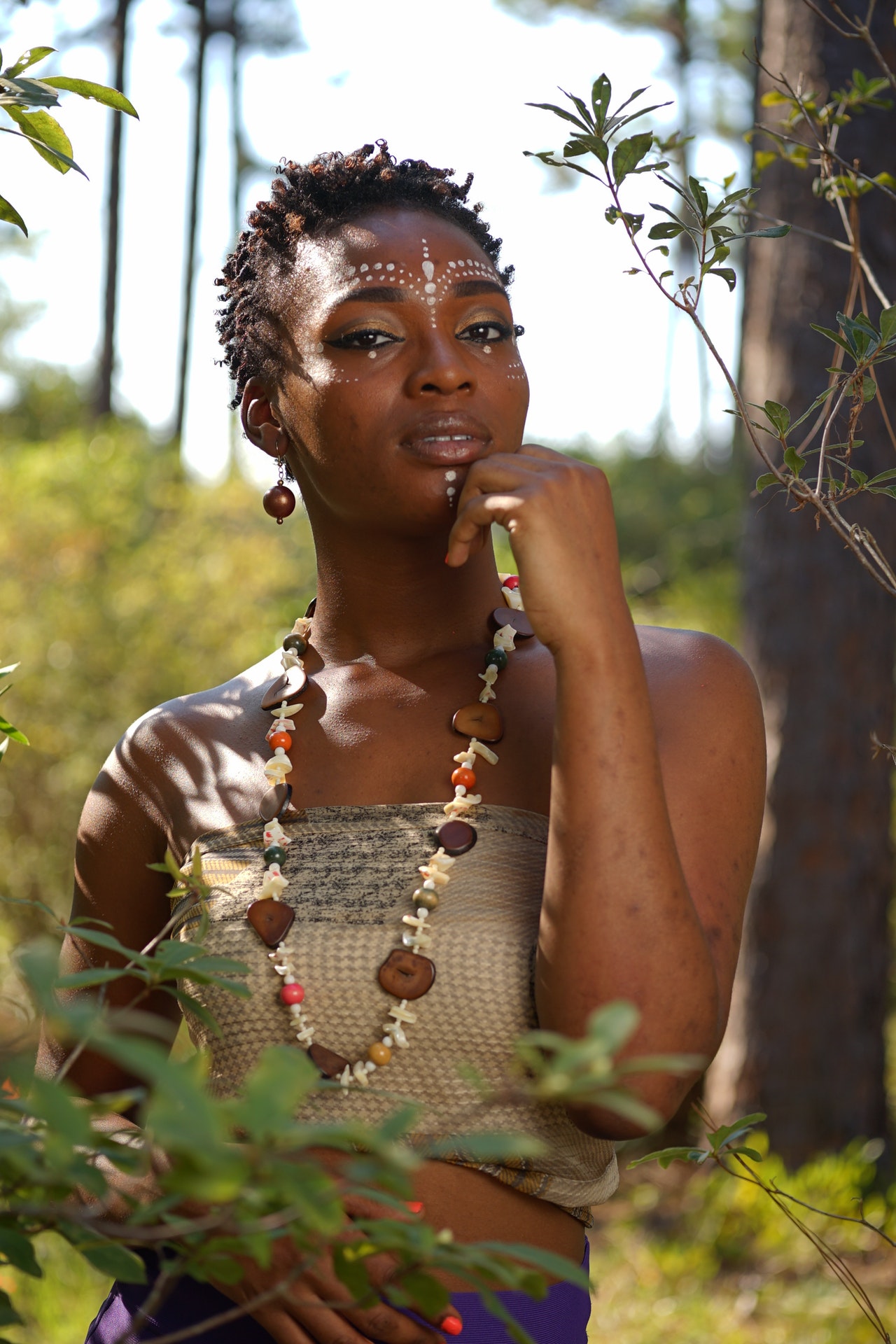 That morning, the sun rises, the cocks crow, the goats bleat, and Odogwu does not wake. His wife shakes and slaps his body, but he does not stir or rise to slap back. She stops and watches him, and while she does, the world stills until she can hear herself breathe and her chest heave.

But it feels performative – her breathing, her dazed state. It feels even more so now that she thinks of it as so. She wonders if her fast breathing fits the situation, since all she has done is get up from bed. But she does it because it was what she’s seen people do in times of shock: lose control of their breathing. How do you say you’re shocked when you can still breathe calmly.

Later, she screams. She runs out of the room screaming, hoping that it accurately conveys her shock. Soon, humans are gathered in the room. These humans are the first and second wives. She’s the third. They hug her and begin a dance, their faces stretching into a smile. Yet, beneath those smiles are eyes shrouded in tears. They cry.

There’s a tale no one tells. The tale of men too great to die ordinarily, so they die at night. They die in their beds. They die beside a maiden who was a virgin the night before. No one tells the third wife this tale: how the blood from a virgin seeping into the manhood of these great men is how they’re transported into the afterlife. Do you not know that one’s greatness can diminish by how he dies? What do you say of a man who lived his life fighting wars and battles, slaying kings and warriors, but is killed by an insect’s bite? Or dies old and frail. Is he still to be revered? Is it not better to dive into the knives than die from a fever – the same illness that kills the common men to whom the great man feeds his crumbs. To be great till death means dying a dignified death.

Four market days go. Odogwu’s wives are dressed in black because black is the colour of doom, gloom, sadness, sorrow, and mourning. The wives are sat on stools, their heads bare, hair loosened. The umuada slides blades over their scalps until all that’s left is a shine, splattered with rashes. The scalp will itch for days and they’ll scratch and scratch.

There’s a tale no one tells. A tale about hair, about women’s hair. The hair is where a woman’s beauty and dignity lie. A woman who has lost her husband is in no need of beauty. What dignity is there in mourning?

When the time for mourning is past, the wives take off their blacks, wipe off the streaks of long dried tears, let their beauty return. The wives who do this are the first and second wives. The third joins the coven for women whose husbands died by their side. The umuada comes to take her and she will forever be secluded from men and other women of the land.

There’s a tale no one tells. The tale of virgins chosen to die by the side of men who are too great to die ordinarily. No one tells these virgins this tale of how they’ll forever be alienated from their families. How they’ll become the accursed ones, never to lay with a man or raise children. They never take off their blacks, nor grow their hair. They’ll never be beautiful again.

The coven welcomes this third wife just as they’ve welcomed other third wives or fourth wives or fifth wives. They are women who have been fated a fate. They lay her on a rock and do the welcome dance. But this third wife is not here with them. She’s not listening to the ballads or watching the sway of their hips. Their rotund bodies do not interest her. Her mind wanders back to the time before the night she’s married, before she lost her virginity. She tries to see if, in those days, she envisioned a future like this, if there’d been a sign she ignored up in the sky telling her to flee. But flee to where? From what? It is madness to run to nowhere and from no one. A question seats in her head: what use is your sanity now?

There’s a tale no one tells, of a girl who once was in love with a boy and, perhaps, the boy loved her too. They sat under mango tree, looked into each other’s eyes and were shy. On the nights when they were not too shy, they kissed. A day came when the girl announced to the boy that a man brought palm wine to her father’s compound and told her father that she’s the flower he saw that made him bring the wine. This news unsettled the boy. He requested for the man’s name and she gave it to him. Later, she heard that the boy had gone to the man’s home and asked him to steer clear of what is his. Then she heard that the boy was found dead in the bush. After that, she heard that her marriage to the man would happen on the next Nkwo day. No one knows this kind of tale except a girl who was once in love.

It is not long before the third wife accepts the coven as her home. She finds laughter and comfort in the other women there. They share stories, of childhood, bathing in the rain, nuzzling a grandmother’s wrinkled breast for the joys of it,  broken water pots, first love and heartbreaks. Stories of what couldn’t have been.

Then it happens that a man kills his wife and the women of the coven get wind of it. The wife was someone fated to end up like them. She had died while the man lived, on the night when the man should have died like the other men too great to die an ordinary death. The women of the coven wait to hear news of the man’s sentence to death, of the man’s banishing. But there’s none. They take matters in their hands.

They tie ferns around their head and paint their faces with a paste made of ntu and accost the man on his way to wherever he is going to. They sing at him, i di njọ. I gburu anyị. They push him down and when he falls, the women sit on him. They get up only when they are certain he has taken his last breath, and return to their coven. When the men of the land find him dead on the bush path like a drunken peasant, they carry him off the road and bury him in the burial place of common men who die ordinary deaths.

There’s a tale no one tells because no one knows this tale but the women who have been alienated. On the night they are wedded to these men who are too great to die ordinarily, they do not allow them to sink their stinking bodies into them. They slip potions, given to them by their mothers. into their wine. The men drink and get the glorious death they thirst for.

Photo by KALZ📸🇺🇬 from Pexels