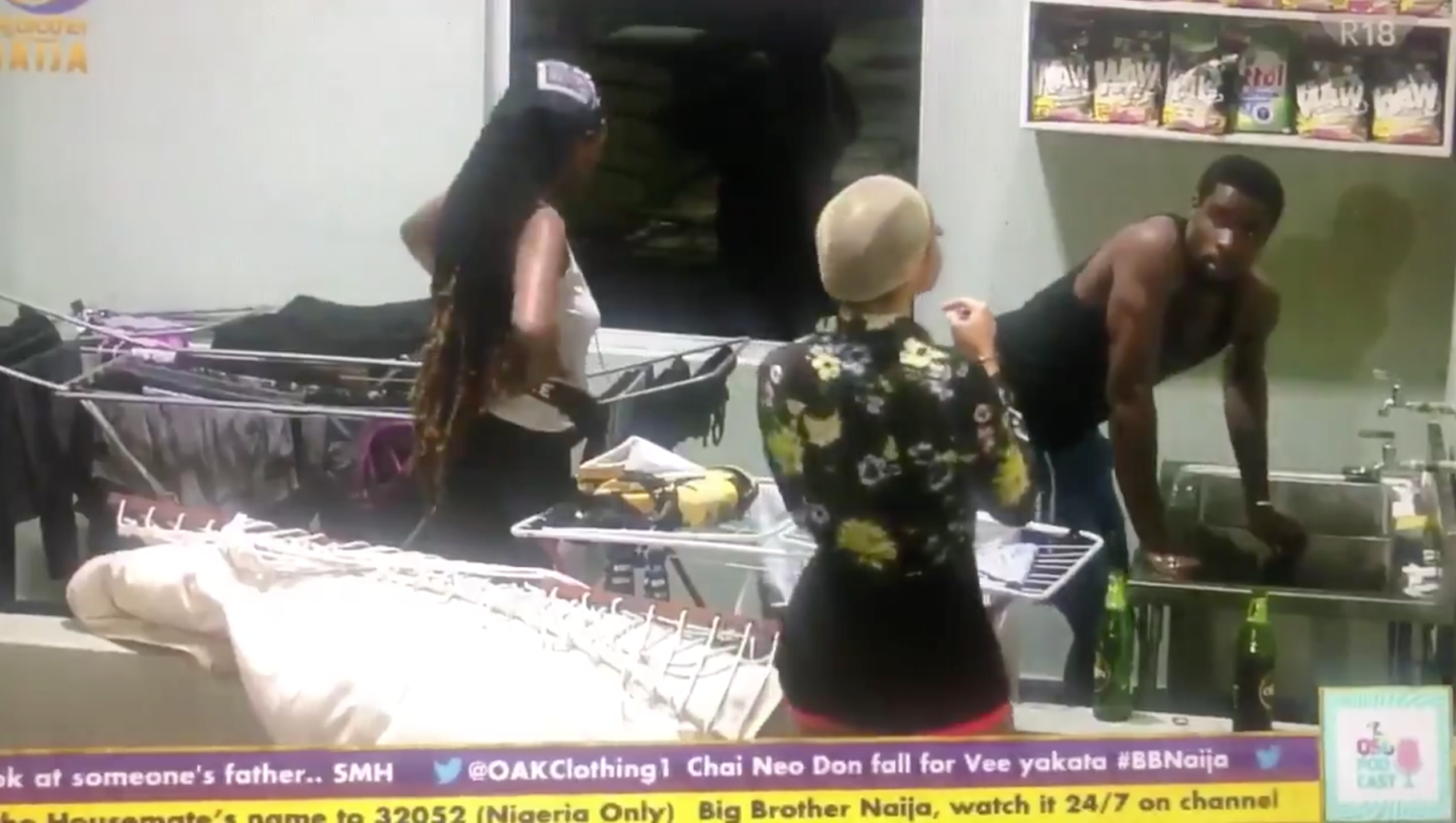 For those who don’t know, this is the genesis: Big Brother Naija. (Premium content this Lockdown season, guys.)

You’ll see the video if you search on Twitter (we’re nice, so we’ll share it here). There are three people standing, the sole male amongst them stooped, washing. It’s Nengi, Vee and Neo.

Before we proceed, we’ll just say all this wouldn’t have happened had Big Brother just provided these housemates with a washing machine.

But, anyway, let’s move on.

Neo is washing, and Vee and Nengi are standing close. We don’t know what’s gone on before but at the start of the video Vee goes: My dear, one pant is missing. She realises, oh, Neo hasn’t washed it yet.

Nengi is surprised. First she doesn’t want to say anything. She smiles her gentle smile, says, Ahnhan! I reserve my comment.

But the thing is too hot. She has to talk. Neo. You even wash pant join. Then she turns to Vee. You are a lucky girl.

Expectedly, Nigerians have a lot to say. Cuppy said everyone one should please, because of God, wash their own pants themselves. Jola Ayeye said washing pant shouldn’t be a big deal, especially for those invested in its removal. If you can remove it, you can wash it.

Whatever side of the divide you’re on is up to you. We’re independent observers here. We’ll just tender a few facts, and let you make the decision yourself: is washing your partner’s pant a problem?

We’ll take you back to this big moment in the history of Nigerian pop culture: the country’s richest woman, one of the world’s richest people, in an interview, according to Legit.ng:

My husband is my best friend, biggest adviser and supporter. We’ve known each other for 40 years and have been married for 37 years now and with four boys. Even though we work in the same office, I always ensure that we kiss twice in a day, morning and night. I still wash his undies until six years ago that he insisted I should stop. I also prepare his special vegetable dish and do his manicure and pedicure regularly.

In this feminist decade, the question poses itself: Is it then out of the ordinary if a man does the same for his babe? Or is the problem here because she’s his babe, not his wife?