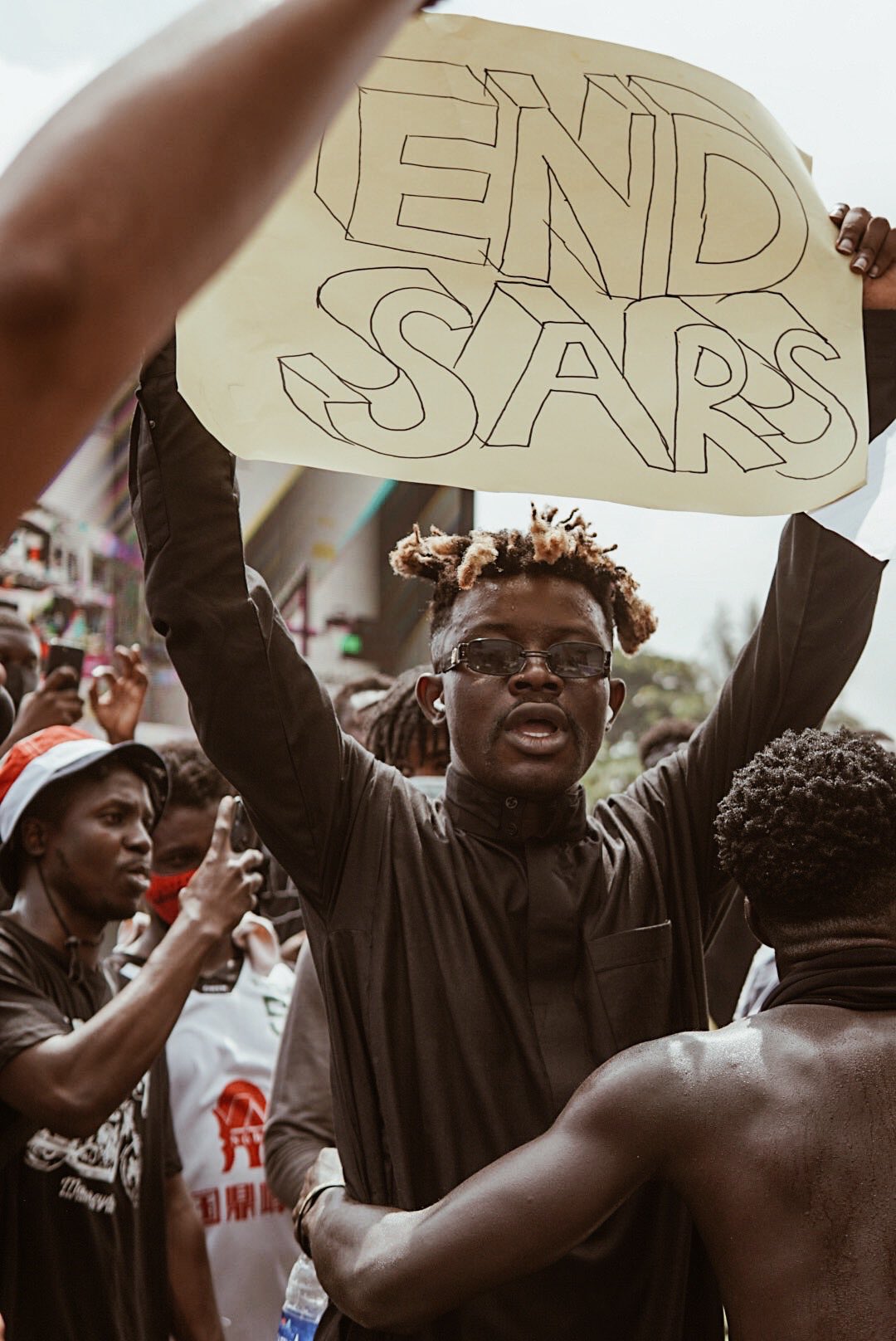 For the first time in my life, I am proud to be a Nigerian. It’s a rarity, one I’ll tell my children.

This is how it happened: a tweet by @AfricaOfficial2 on the 3rd of October ignited the anger of Nigerian youths on Twitter. The tweet read: SARS just shot a young boy dead at Ughelli, Delta state as we speak. In front of Wetland hotels. They left him for dead on the roadside and drove away with the deceased Lexus jeep. I have videos…

Typical of the government, they denied it.

Festus Keyamo, the Minister of State of Labour said it was Operation Delta Safe and not SARS that was involved in the incident, that the victim fell out of the police vehicle when being taken to the station after an arrest, and that he was not shot. He even said the victim was alive. This is contrary to what the eye witness recorded on his phone. The footage indicates the victim was shot and his Lexus jeep driven—no, stolen.

This, brethren, was the straw that broke the camel’s back.

Blood began to boil and fists were clenched. This would not just be death as usual; it was going to be the revival of the hashtag #EndSARS. Stirred by the outrage, some Nigerian youths, led by Twitter influencers Rinu Oduala and Debo Adebayo popularly known as Mr. Macaroni, went to the Lagos State Secretariat at Alausa, Ikeja, to protest the brutality of SARS, and artistes like Runtown, Falz and Paul Okoye of P-Square led the protest on the Island and blocked the Lekki Toll Gate. The turnout was massive. Of course, it was. Remember that ASUU is on strike and a lot of youths lost their jobs at the peak of the COVID-19 pandemic? Now, ‘lazy Nigerian youths’ have more than enough time to protest.

Are you a Marlian? Eeya, shame on you. Your leader backed out of the protest. You’re not an active user of Twitter, eeya too o. Because if you’re getting your report about #EndSARS on Channels TV and Tinubu’s channel, you don’t know warris going on.

Anyway, let me tell you my highlights of the #EndSARS protests, the moments that made me smile, and the ones that broke me:

The #EndSARS protests have unravelled a lot of despicable things; you could be on your way to the next street to buy fuel for your generator and in the next minute be in a van with monsters who have guns, never to be seen again. It has been terrifying and the silence from the government has been deafening.

There are so many things I want to say, but I want to give a shoutout to the 21-year-old lady who, on HipTV, said “Buhari has been a bad boy.” I hope she’s having a good time wherever she is. A bigger shoutout to the Feminist Coalition – a group of amazing women working to sustain the protests through crowdfunding. The biggest shoutout to all the protesters, to you who is raising your voice and fists on the protest ground, and to you who is retweeting the hashtag #EndSARS. May your strength never wane.

My parents have tales of how Nigeria used to be great in their time; my generation does not have that. But we are changing that and rejecting the status quo one step at a time. Let’s #EndSARS first, then we’ll face the lawmakers whose necks have been fattened with taxpayers’s money.

I’m overwhelmed. Every #EndSARS story I read awakens the angry cells in me. But I’m not tired. Tomorrow, I’ll wear my feminist t-shirt, carry my dad’s prayer bell, and head to the protest ground.