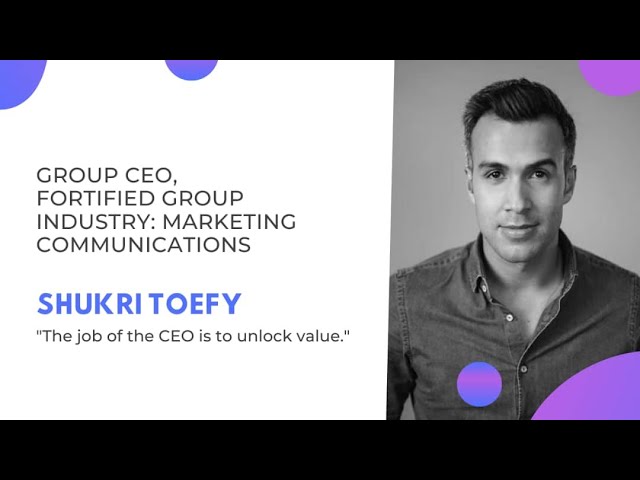 Shukri Toefy was born in Cape Town, South Africa in 1984. He attended the University of Cape Town in 2003 where he later graduated with a degree in Law and Politics.

Shukri met Amr Singh as a student at the University of Cape Town. The two became friends and went on to found Fort after choosing to miss their graduation ceremony to take a job filming in Dublin, Ireland.

Shukri has served on a number of boards, including The Cape Film Commission, Sizalo Investment Group and Kinza.org, and has presented at numerous events locally and abroad on a range of topics including entrepreneurship, leadership, strategic brand communication and shared knowledge.