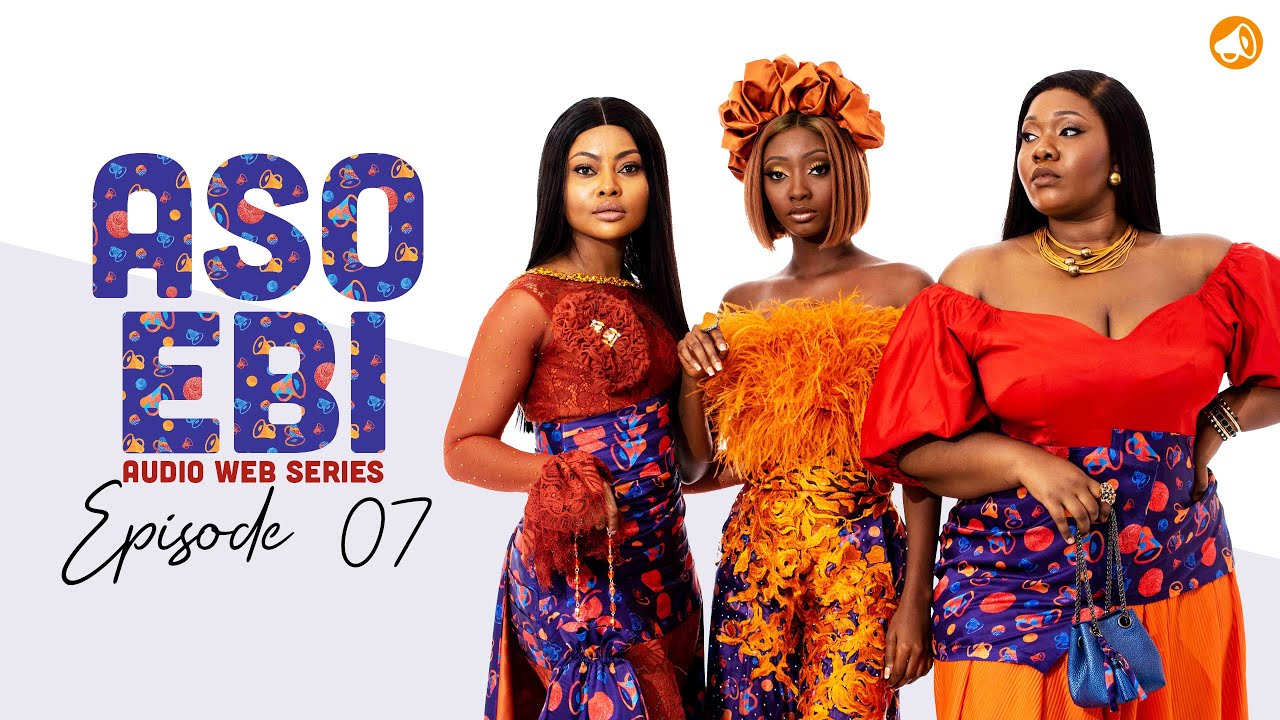 If you love web series or Nollywood movies, you will love The Naked Convos‘ new audio series, “Aso Ebi“.

The episode starts off in Lagos; we meet 30-year-old Dr Anita Momoh, a beautiful successful doctor who’s stuck in a tight spot after a night of bad decisions. The vibe is a typical Lagos party and Mohini Gbadebo, a married socialite, doesn’t seem to be having a good time but she doesn’t let that stop her from looking for a boo for her bestie, Anita.

This episode begins with Mo stumbling on an old friend and we find out a bit more about Mo’s career.

Anita on the other hand seems to be having a bad day between incompetent staff and ignorant comments about her love life. But the introductions aren’t over, next we meet Bami! Anita’s trusty male best friend, who has been in love with her for as long as she can remember.

In this episode, Anita gets ready for a typical Lagos Owambe and she’s absolutely dreading it.

This episode starts off with Anita reliving her horrible experience at the owambe while Momoh goes on a date. Although the date turns out to be a complete disaster, it helps take Anita’s mind off Charles. Mo has an interesting encounter with an old friend named Zino.

Mrs Gbadebo is in the company of her loving husband. It seems like there’s still trouble in paradise but Mo has bigger things on her mind. Anita on the other hand seems to be having another complicated day full of unsolicited advice. Things sadly don’t end the way Anita hoped and she calls her bestie Bami for a little comfort but even that doesn’t end well.

This episode begins with a special party for Jay’s 39th birthday as Mo plays the “perfect wife” role. Things seemed to have been going good until she gets another blast from the past with Zino. Anita on the other hand seems to be having a very intimate conversation with… JAY? Mo also spots a very familiar face during the party and learns that Lagos is a very small city.

In this episode, Mo is about to embark on a trip but has chosen not to share the intricate details with Jay. We finally find out the history between Jay and Anita. Anita also meets someone new and Mo’s holiday is in full force. Things seem to be going well until she stumbles on an unwanted face during her holiday.