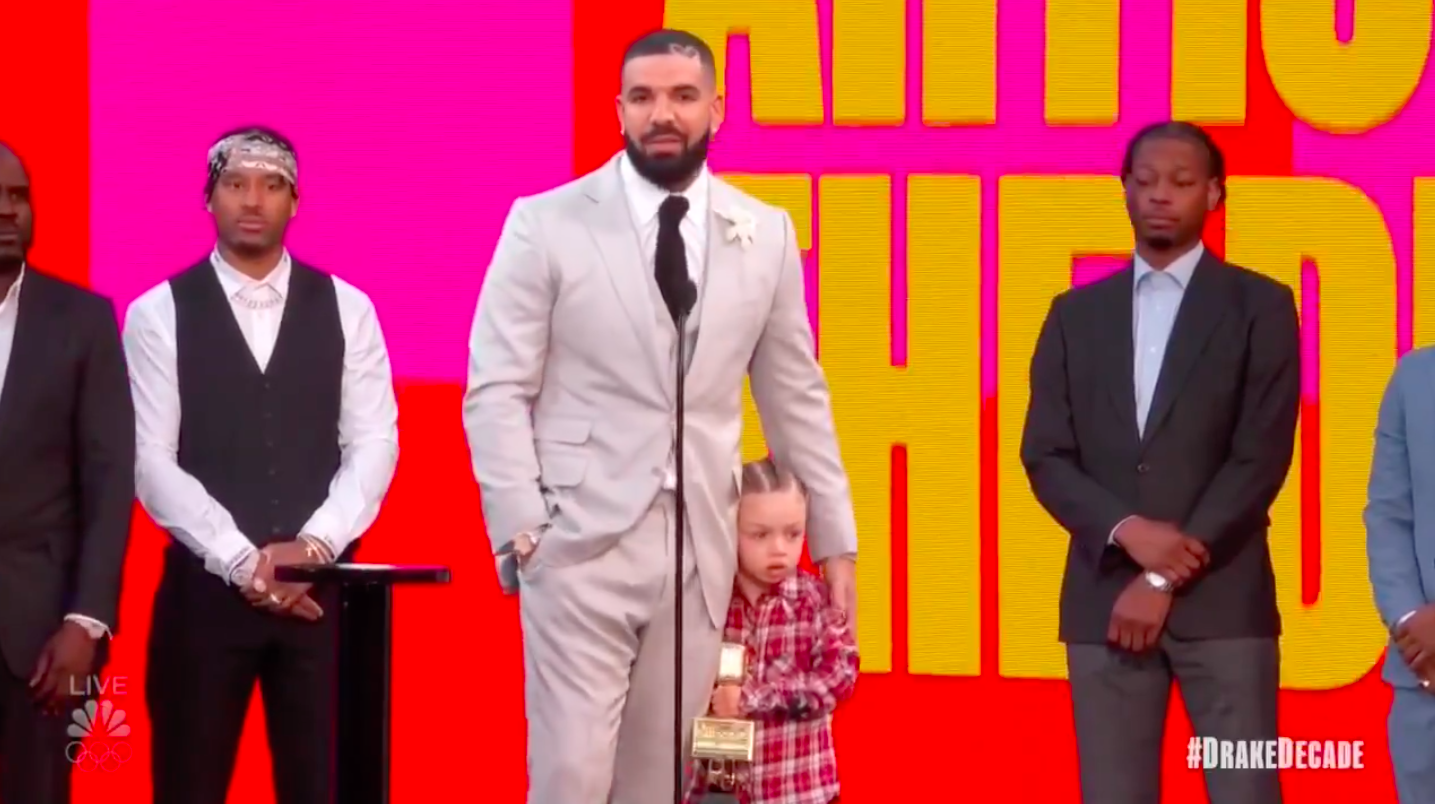 Adonis, Drake‘s three-year-old son, made a cute appearance on stage as his superstar dad stepped on stage to receive the Artist of the Decade award at the Billboard Music Awards in Los Angeles on Sunday.

Drake, who was dressed slickly in an off-white suit with a heart sculpted into his hair, came onstage holding hands with his son, whose hair was in cornrows, and promptly gave him the award.

Drake’s family and a close-knit team presented the award. He stepped onstage to collect the award after a video reeled off his numerous career milestones, which include 27 Billboard awards.

See the sweet moment below:

Drake accepts his #BBMAs Artist of the Decade award with Adonispic.twitter.com/BFxD8wtPFa

What a moment. Drake and Adonis 🦉pic.twitter.com/vENSDuL6x7