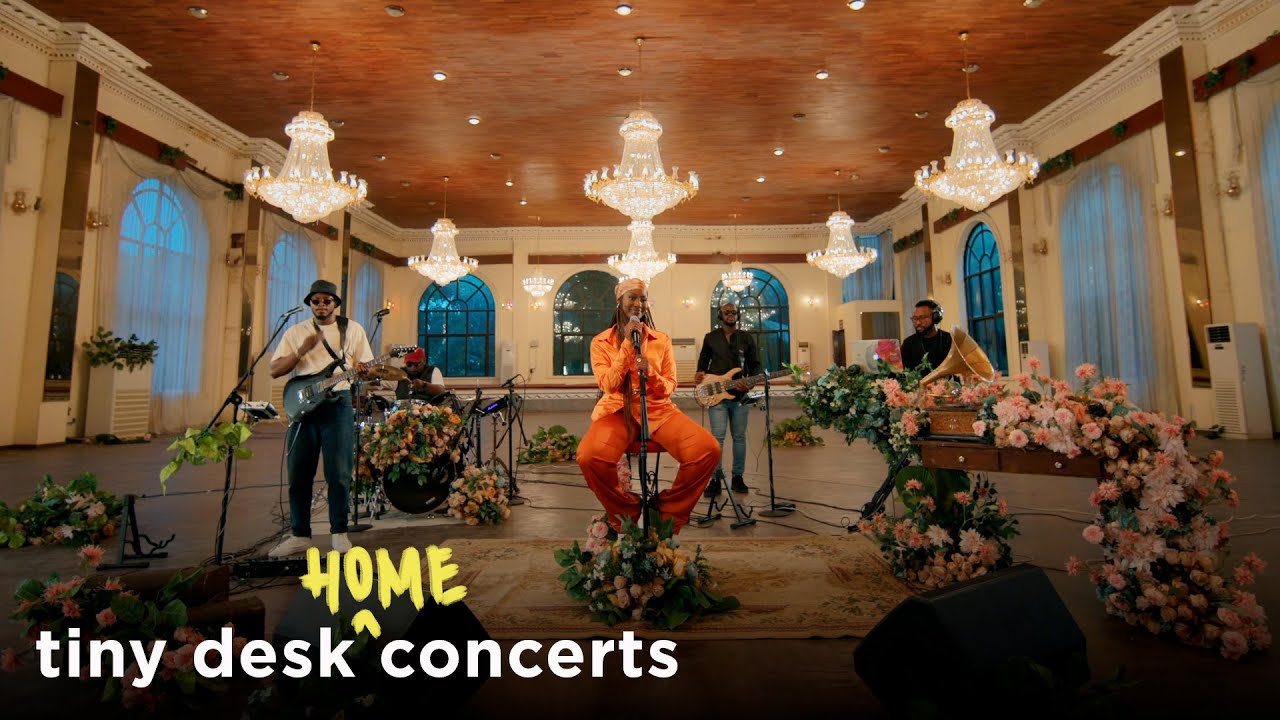 It’s another banging episode of NPR Music’s “Tiny Desk (Home) Concerts“, and this one features BET nominated Afro-fusion star Tems as she renders elegant and soothing performances in stripped-down sets and an intimate setting from Lagos, Nigeria.

“Temilade Openiyi, aka Tems, adorns hues that recall the title of her latest EP “If Orange Was a Place,” NPR Music describes the singer and her captivating performance.

Her music aligns perfectly with the Tiny Desk aesthetic: Everything is stripped away to reveal the feels. Over the past couple of years, the Nigerian singer’s star has been on a steady ascent, beginning with the release of her first couple of singles, “Try Me” and “Mr. Rebel.”

“Damages” (performed here) was huge in Nigeria and helped put her name on the U.S. map. That slow and steady approach led to features on two huge international hits: Drake‘s “Fountains,” one of the standouts on “Certified Lover Boy“, and “Essence” by Wizkid featuring ahem … starring Tems.

Originally released last year, the latter was arguably the song of this summer (ask anyone who braved the nightclubs in 2021). Those two jams served as a gateway to what’s becoming a substantial discography, and her Tiny Desk setlist tacitly implies, “I know you love those songs and you’ll love these, too.” She’s right.

As she slips into performance mode, emoting with her eyelids drooped slightly, she begins “Found” in her upper register before switching to that unmistakably rich alto range. That’s when the magic starts. With seamless transitions, she goes on to perform more hits including “Free Mind“, “Looku Looku“, “Replay” and “Damages”.