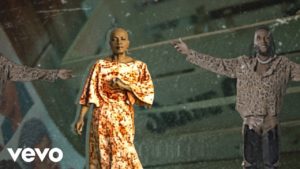 Angélique Kidjo has released the music video for her song “Do Yourself,” featuring Burna Boy. The visual directed by Meji Alabi was shot in London and New York.

“With Burna Boy, we have written the anthem for a new Africa—laced with modernity, beauty, and energy,” Kidjo said in a statement. “We revere Africa because she is the birthplace of all humanity. We won’t let her fall apart, we know she is strong like metal and steel. A long time ago we learned that if you want Africa to change, you have to do it yourself!”

“Do Yourself” is off Angélique Kidjo’s recent album, “Mother Nature“, which was released in 2021.

Check out the video below:

Chidinma celebrates love with new single “For You” featuring Fiokee