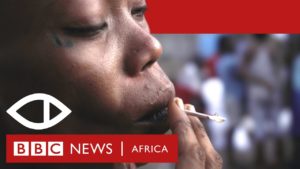 Kush is a cheap, new illegal drug that is sending Sierra Leone’s young into a tailspin. Young people are being driven insane. Young people are committing suicide. Young people inflict harm on themselves and others. Kush cases are filling psychiatric wards, and police are fighting to win the drug war.

With Kush usage growing like wildfire and ever-younger users getting exposed to it, Tyson Conteh, a BBC Africa Eye reporter, explores the drug and wonders how Sierra Leone can halt the march of this potentially addictive high.