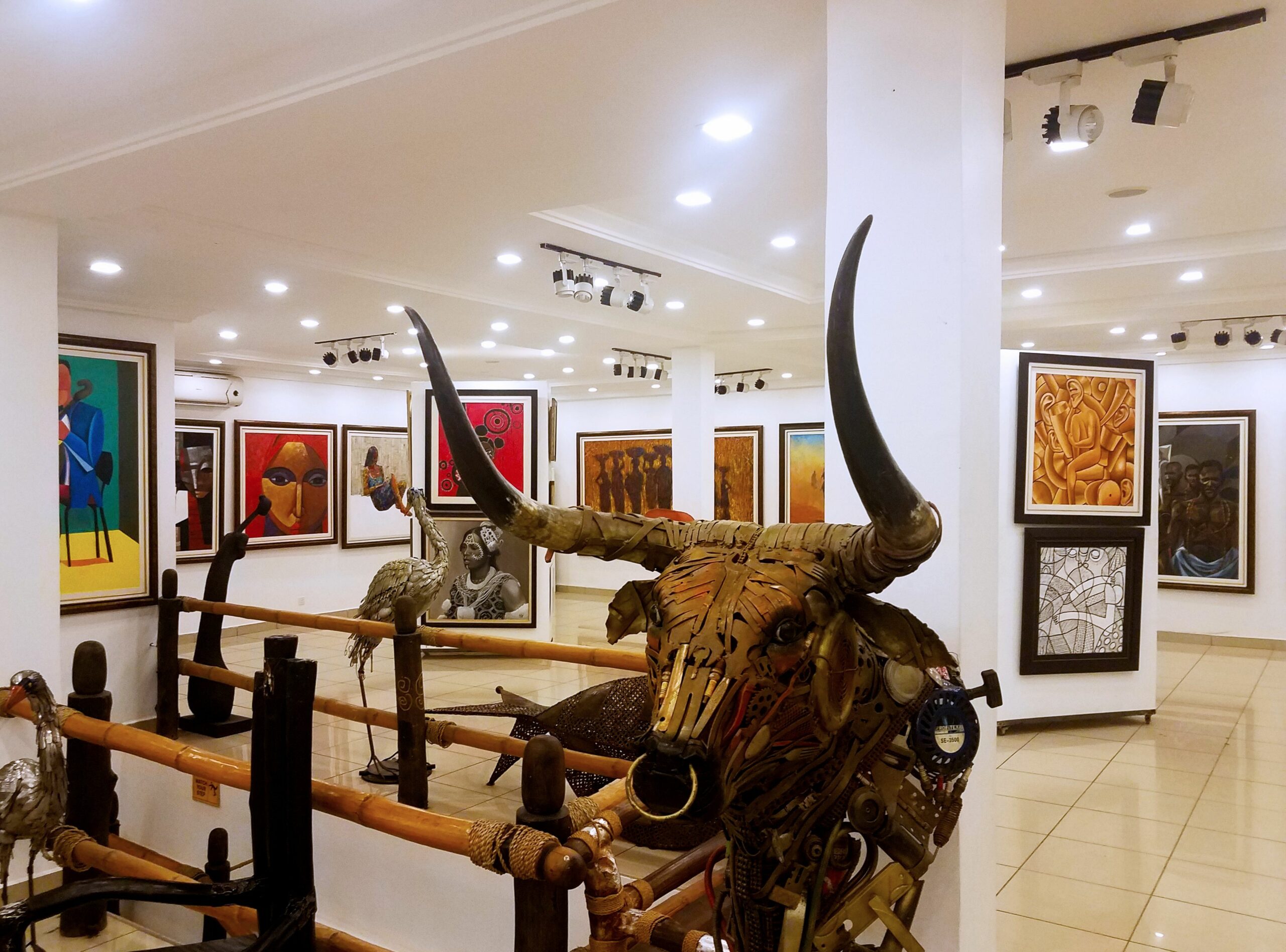 Abuja is relatively new as cities go. A planned city, built mainly in the 1980s, it was designed to be multiethnic and to justify expectations of what a modern capital city should be for what, at the time, was the world’s 6th-largest oil producer.

But that modern milieu, with its coordinated web of roads and “artificial” construction, is, to some extent, its Achilles heel. Tourists in Africa are generally not looking for contemporary and organised urban centres. They’re after something more mysterious, romantic, “natural” or historic—which is why cities like Cairo, Khartoum, Casablanca, Timbuktu, Algiers, or Cape Town are often destinations of choice.

But there’s a good reason to visit Abuja, and most visitors to Nigeria-including Nigerians-don’t know about it: the arts and crafts centres, as I found out recently.

So if you happen to find yourself in Abuja any time soon, add a day to your itinerary and visit some of the cultural spaces—some formal and others less so—that will help a visitor unlock Nigeria’s “DNA”. 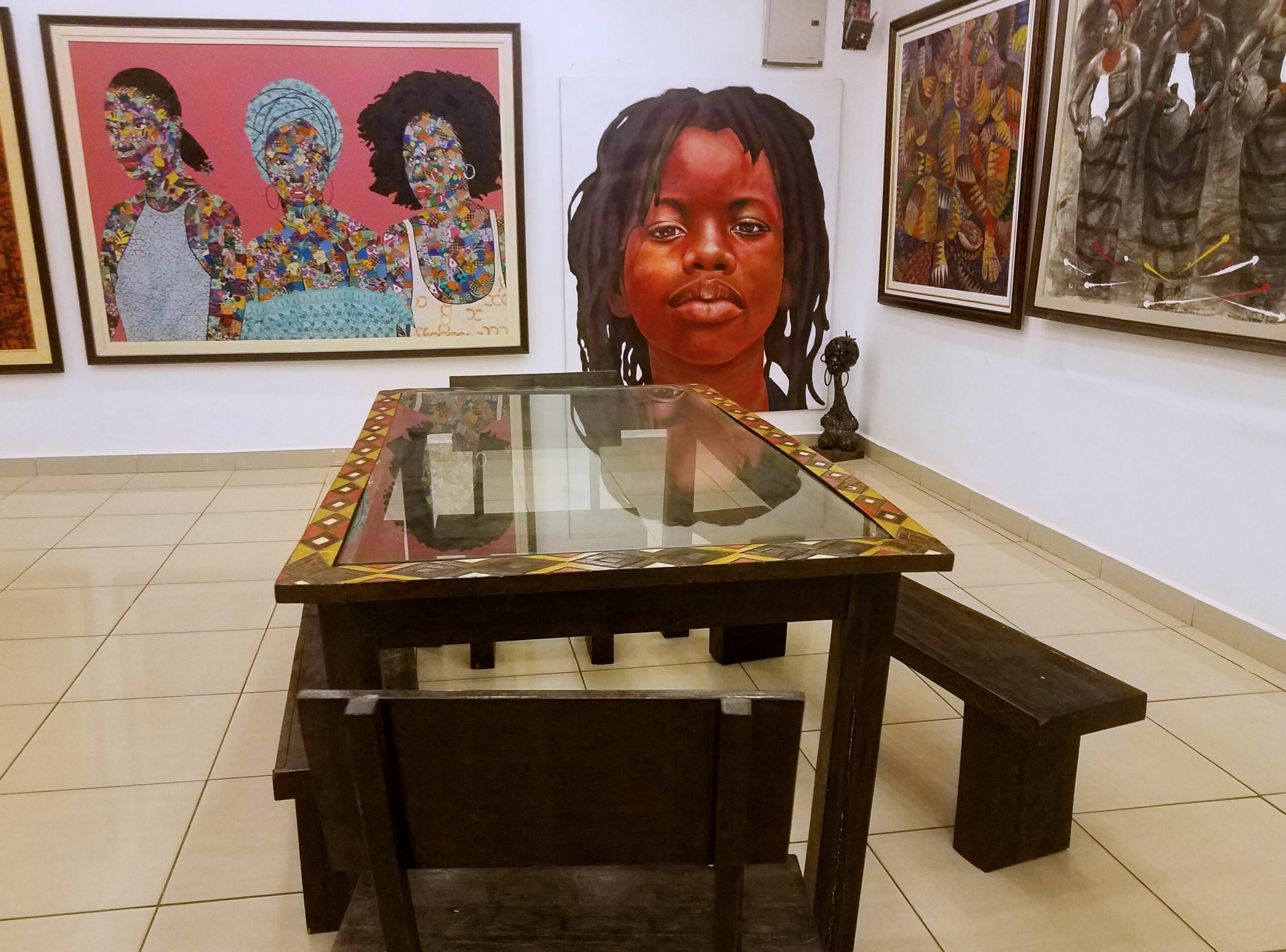 Let’s start with the African Arts and Craft Market in Jabi.

If you’re lodged in any of the hotels within the city, a taxi should charge no more than 500 naira (1.2 US dollars) to get you to this market. At the entrance, you’ll run into an army of cane weavers, working under the trees by a still, dark pool.

The weavers told me they get their cane from the Niger Republic while all other raw materials are sourced locally.

After a forest of cane chairs and baskets, comes a cornucopia of arts and crafts from across the region, like sculpted pieces from Benin, ceramics from Ibadan, bronzes from the Jos Plateau, artworks in metal or Nok clay work, or beadwork from Oshogbo—wherever one looks, there is something to satisfy almost anyone’s cultural tastebuds.

“That’s why this place is a market,” he told me. 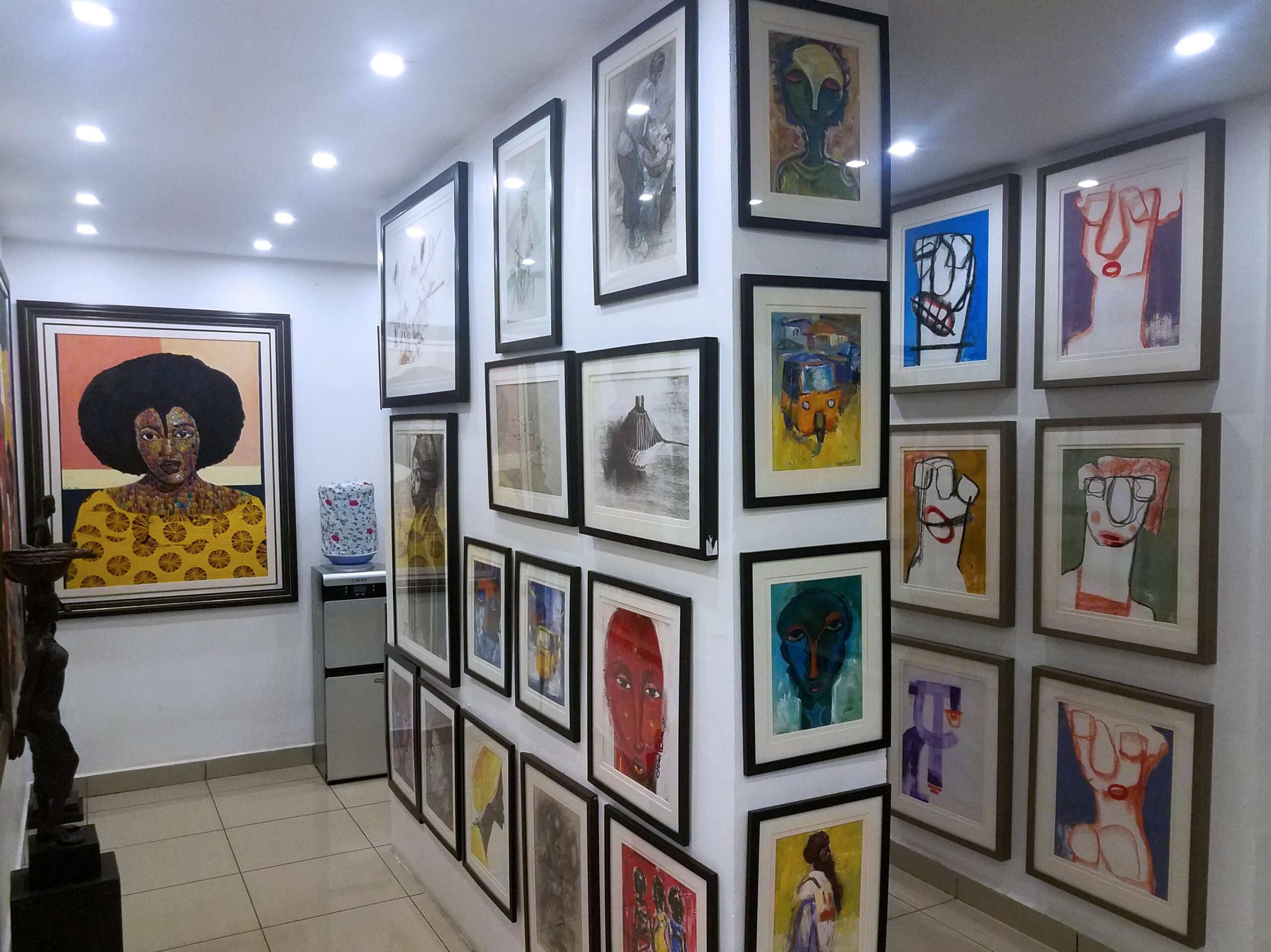 I put his theory to the test and pointed at a cowrie pendant. After a brief exchange with the shop owner, I got it for 500 naira instead of 1,000.

Most of the pieces at the art gallery at the Ekwensi centre are original works by artists plying their trade in Abuja.

What’s interesting is that you get to see significant aspects of Nigeria in these pieces—from the paintings and sculpted images to the locally sewn Adire (Ankara) and “tie and die” apparel. 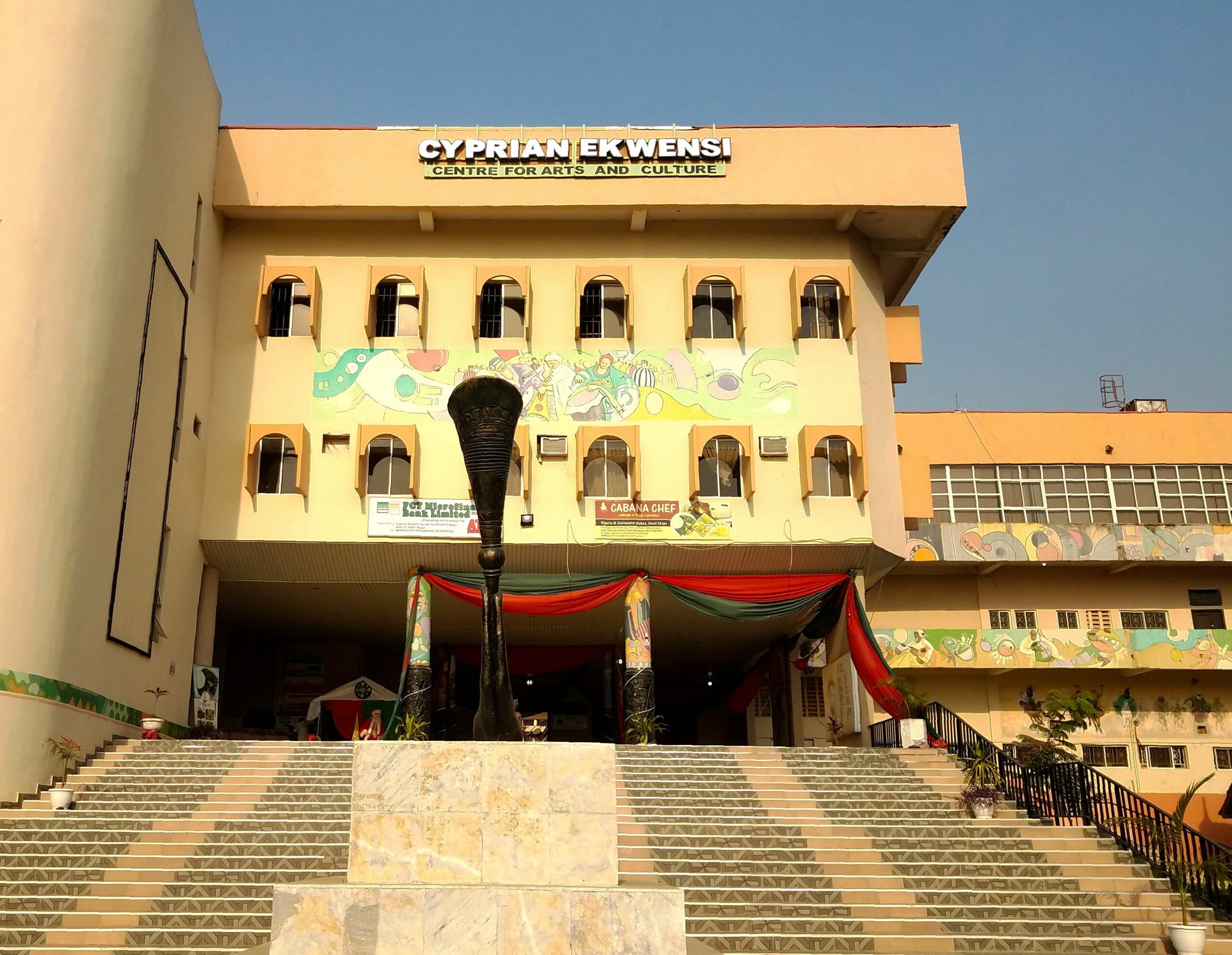 They range in price from a thousand to four million naira — the piece for four million being an “innocent-looking” Nok artwork hanging on the wall.

You cannot film any of the pieces here, or touch them. According to a curator, “Joe” (not his real name as he was not meant to “speak with reporters”), picture-taking had led to counterfeiting, so had been banned.

There is another “art village” situated behind the elegant Nicon Hilton Hotel in Maitama, Abuja. As you descend a flight of stairs leading into the valley where this market is located, you are at once struck by its quaint, picturesque setting—18 huts sit sleepily under a stand of massive trees. The huts are full of different kinds of beadwork, enamelware, paintings, sculptures, fabric, and art.

When you see a typical African village next to the hustle and excellence of a modern city, it makes you feel like you’re in a magical place. 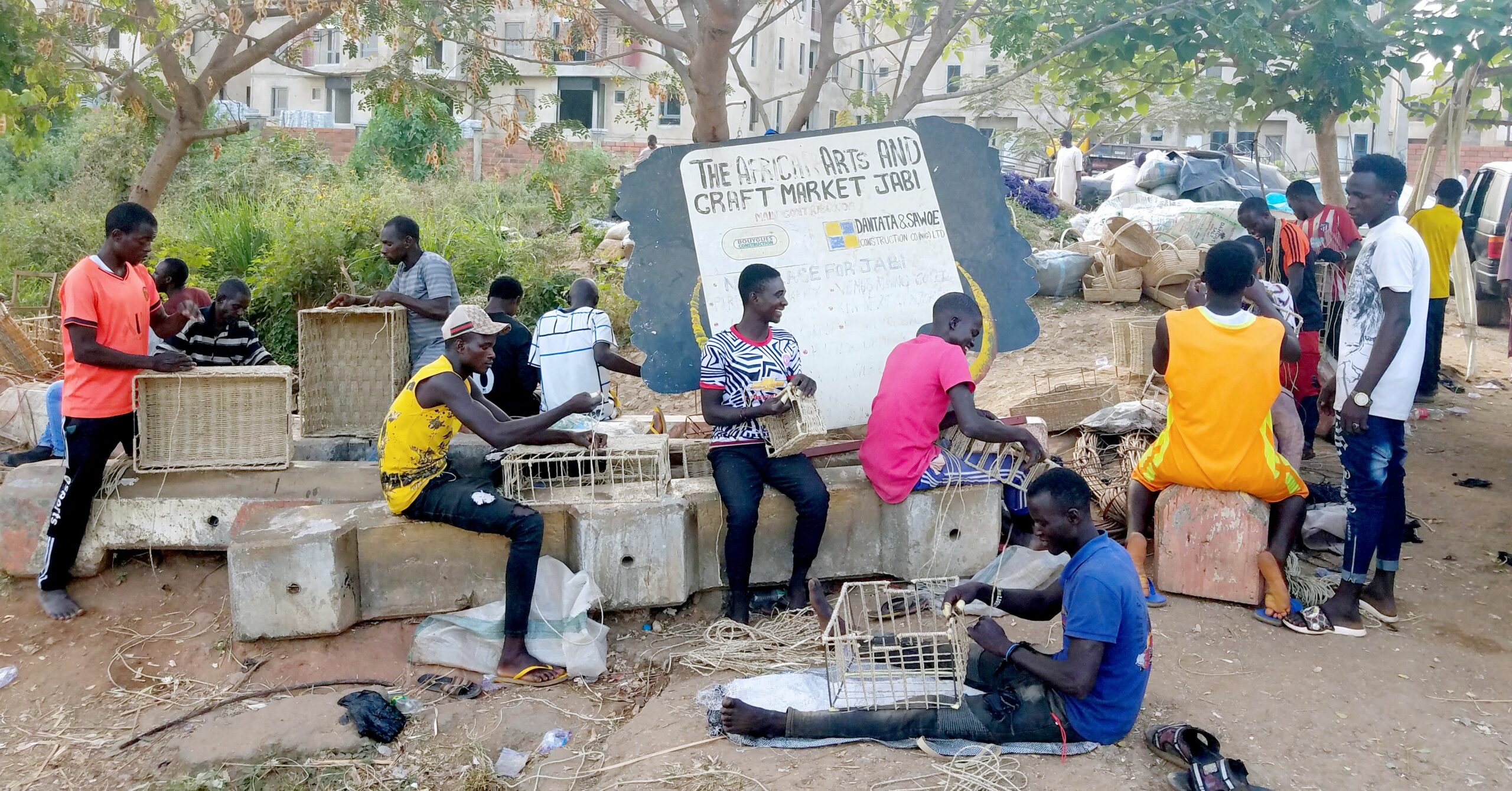 Like at the African Arts and Craft Market in Jabi, one has to haggle to get a reasonable price for a preferred piece of art… and needs a good eye too, to differentiate Chinese fabrications from those locally-made.

An unusual but worthwhile detour is to a highly unusual museum: the one located at the Nigeria Police Force Headquarters. It is just a stone’s throw from the Nicon Hilton.

Here you will find one of the most remarkable collections of police memorabilia I have ever seen. And it truly provides a window into Nigeria’s past. 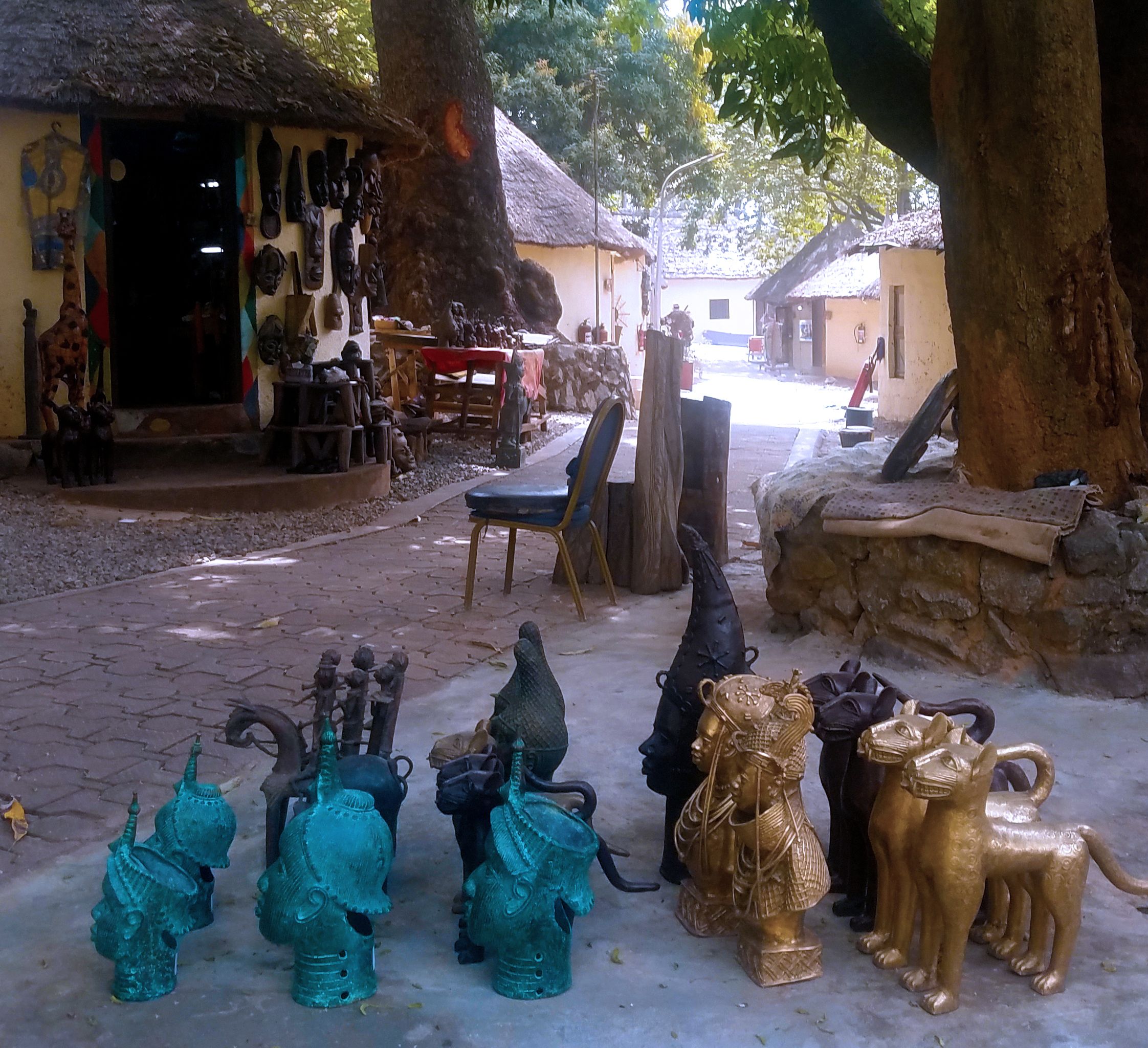 The museum has a “360-degree” design, and as I stood in the middle, trying to soak in as much of the ambience as I could, I had a strong feeling that I was a passenger sitting in a time capsule, being transported through deep channels to the beginnings of the Nigerian police force.

I saw pictures of the first people who joined the police, along with their guns, whistles, belts, boots, helmets, motorbikes, and the tools they used to record and talk about crimes.

Like at the Cyprian Ekwensi Centre, officials will not allow you to film or take photos of some of the objects, pictures, and memorabilia.

The Thought Pyramid Art Centre at 18 Libreville Street, off Aminu Kano Crescent, Wuse, is undoubtedly the biggest of all the art galleries in Abuja. No other gallery in the city comes close to it in terms of value, mission, and aesthetics.

Paintings of exquisite value and elegance grace the walls, and if you happen to visit it at night, the lighting will take your breath away. 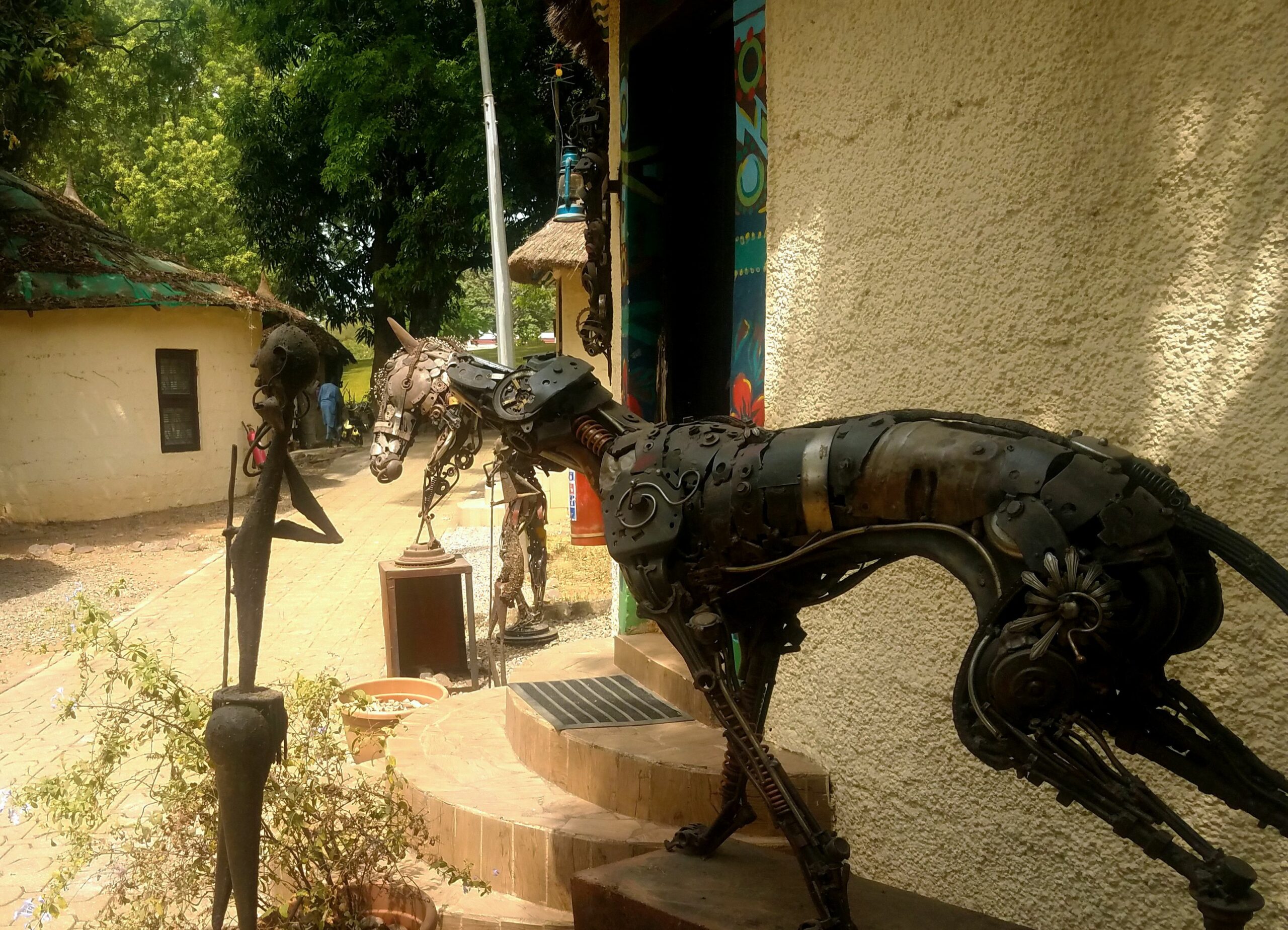 There are pieces by the master himself, Bruce Onobrakpeya, the Nigerian artist whose works have been exhibited all over the world, and by his protégés.

Pieces here range in style from baroque to contemporary. The cost ranges wildly, from just 5,000 naira to as much as 5 billion. Yes, a billion—12 million US dollars.

Thought Pyramid Art Centre regularly received VIP visitors, including presidents, diplomats, business moguls, and the literati—one advantage of being situated in a capital city. Recent visitors include Nigerian Vice-President Yemi Osinbajo; Aliko Dangote, Africa’s richest man; and diplomats from all over the world. The taxi that took me there from Jabi District charged me almost a thousand naira, but you know what? It was worth the ride.