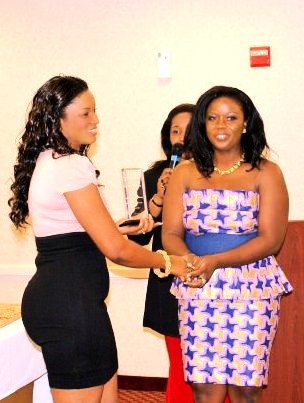 UN Goodwill Ambassador and Nollywood Actress, Omotola Jalade -Ekeinde was presented with an Award of Excellence by the Organization of African Female Entrepreneurs (O.A.F.E) for her exceptional achievements in Entertainment and, her commitment to the less privileged. The event was held on Sunday July 12th 2009, in Washington D.C

In her welcome address, Patron of the Organization, Dr.Stella Agogbuo identified Omotola Jalade – Ekeinde as an epitome of emulation for young African women in the Diaspora and in Africa. Dr.Agogbuo noted that Omotola’s works portray a good example of an African Female Entrepreneur.

The wife of the Liberian Ambassador, Her Excellency, Dr.Dawn Cooper Barnes commended the founder of the Organization, Ms. Joy Onyeukwu on her brilliant initiative. Dr Barnes promised her support to the Organization, stating that she was particularly interested in projects that encouraged upcoming African females.

A gracious “Thank you note” was rendered by Ms. Onyeukwu emphasized how inspiring Omotola had been to the youth, women, children and to the less privileged all around the world and Africa in particular. Hence, the Award of Excellence was rightly due, and Omotola was cheered to keep the candle burning. For its part, the Organization of African Female Entrepreneurs (O.A.F.E) gave a firm assurance to promote her upcoming projects. Omotola Jalade – Ekeinde received the Award with humility and promised to keep making positive efforts to better the lives of the less privileged.

Following the event, courtesy calls arranged by the Organization were paid on the Liberian Ambassador to the United States, H.E Nathaniel Milton Barnes and Sierra Leonean Ambassador, H.E Bockarie Kortu Stevens. Ambassador Barnes applauded Mrs.Ekeinde for her work and mentioned that Africa needs role models who have a heart to struggle and push Africa’s ideas and troubles in a more enlightened manner. He further stated that he was impressed with her for being in the forefront during this time of her career and encouraged her to keep up the good work. His Excellency also praised Ms. Onyeukwu for the birth of the Organization and affirmed his support and that of his wife.

The delegation was also greeted with at the Embassy of Sierra Leone in Washington, DC. In the meeting, Omotola pressed that she would love to see the Sierra Leonean Movie industry blossom, stating that it was would be a good asset to the country’s economy and urged the Government of Sierra Leone to lend its support in building the industry. She disclosed that at its inception, Nollywood didn’t have the support of the Nigerian Government but now, the Government has realized the positive impact the film industry has made in the country and has become supportive. 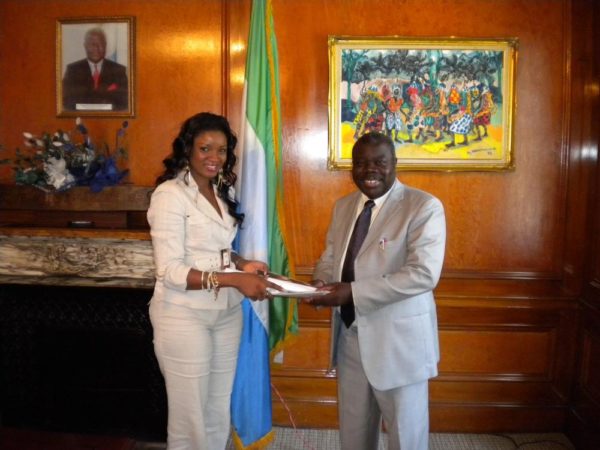 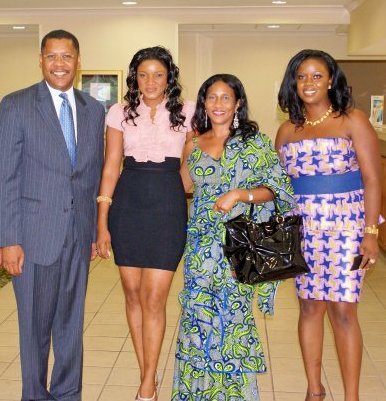 Related Topics:omotolaOmotola Jalade-Ekeinde
Up Next